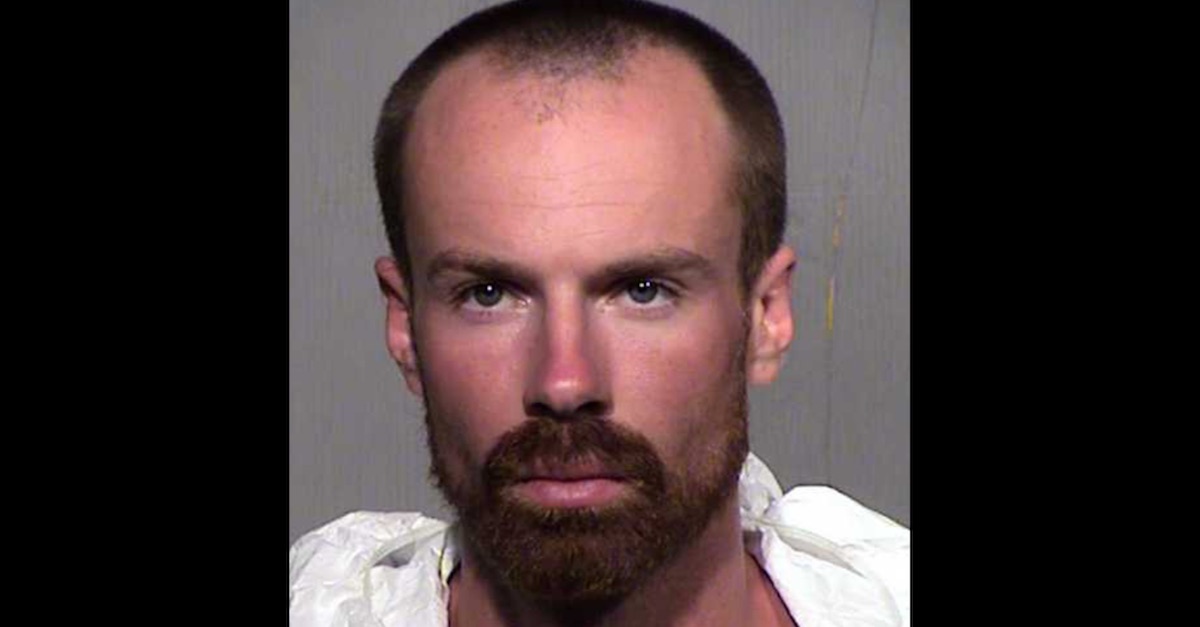 Many are reeling over the brutal stabbing death of Elijah El-Amin; the victim was a teenage boy who lost his life to senseless violence. 27-year-old Michael Paul Adams, a violent felon released from state prison two days earlier, reportedly admitted to the crime. As if the 17-year-old’s tragic death wasn’t enough, the case is making waves over the alleged killer’s explanation: Elijah El-Amin had been playing rap music, and that’s why he needed to kill him.

Surveillance footage reportedly shows Elijah walking into a Circle K convenience store shortly before Adams. A few seconds later, Adams lunged at El-Amin, stabbing him with a pocketknife. Al-Amin then ran out of the store and collapsed near the gas tanks. The teen victim was transported to a nearby hospital, and pronounced dead shortly thereafter.  Authorities say they found Adams covered in blood and admitting to having committed the crime.

When questioned by police, Adams said that rap music makes him feel unsafe, because he’d been previously attacked by people who listen to rap music, and because those who listen to rap are a threat to him and the community. According to police records, Adams admitted that he wasn’t threatened by Elijah El-Amin himself, but rather, that he was threatened by the music, which prompted him to be “proactive rather than reactive.”

Adams’s defense attorney, Jacie Cotterell, appears to be gearing up to assert a not-guilty-by-reason-of-insanity plea to the crime.

Michael Adams stabbed 17-year-old  Elijah to death, because he didn’t like his rap music playing.

Now they are trying to say he was mentally ill — per usual. America needs to hold white terorrists accountable for they heinous crimes. #JusticeForElijah

Cotterell slammed Arizona’s corrections system, saying that her client had been, ”set up for failure,” because he wasn’t given the means to access mental health  services.  Adams had a lengthy criminal history prior to this incident, including non-violent offenses such as theft, shoplifting, drug possession, and disorderly conduct, as well as violent felonies including assault with a weapon and aggravated assault of a correctional employee.

Arizona Department of Corrections spokesman Bill Lamoreaux issued a statement that that Adams “was not designated seriously mentally ill.”

Adams is now being held on bond at the Maricopa County jail on suspicion of first-degree premeditated murder. Since Elijah El-Amin’s death, public debate has broken out over the appropriateness of mental illness as a defense in what appears to be a race-motivated crime. #JusticeForElijah is now trending.

#JusticeForElijah The “mental illness” excuse has gotta stop. Obviously this dude WAS severely mentally ill to kill an innocent kid, but that’s not an excuse. it is NEVER an excuse. he has to be held accountable for the life he took.

if a black man killed a 17 year old white boy for listening to country music, they wouldn’t say the black man is mentally ill. STOP using mental illness as an excuse for racism!!! and you’re painting an awful picture for people who actually have mental illnesses #JusticeForElijah pic.twitter.com/g7PuhyhRQB