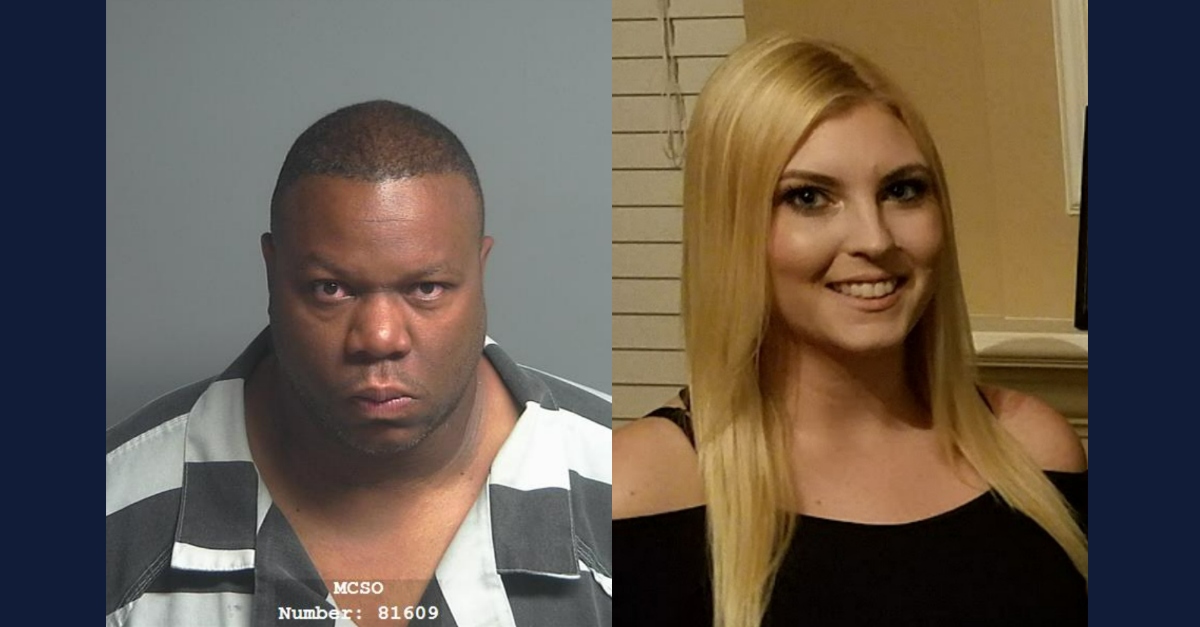 A former NFL player has been indicted for allegedly murdering his girlfriend.

After about a year under official scrutiny, Kevin Ware, 41, now faces a count each of murder, and tampering with evidence. Taylor Pomaski, 29, was last seen after going to a party in Spring, Texas, on April 25, 2021, authorities have said.

“We appreciate everyone who has come forward to provide evidence and aid in our investigation,” said prosecutor Lacy Johnson in a press statement announcing the indictment. “Although this investigation has been going on since Taylor’s disappearance in 2021, the court process is just beginning, and we encourage anyone who has knowledge about what happened between Kevin and Taylor to come forward.”

“Prosecutors presented the evidence to a Harris County grand jury, which determined there was sufficient evidence for criminal charges,” said Harris County District Attorney Kim Ogg. “We will follow the evidence wherever it leads and apply the law equally to all.”

The tampering charge relates to a corpse.

Texas EquusSearch has said that Pomaski disappeared “disappeared under suspicious circumstances in Spring, Texas on April 25, 2021.” Her remains were found in December.

Pomaski’s family reported her missing on May 11, 2021. Her mother Leslie Mandeville said she uncharacteristically did not reach out on Mother’s Day, which was also her father’s birthday.

“It was strange that I had not heard from Taylor, especially on Mother’s Day, and it was also her father’s birthday,” Mandeville told Inside Edition. “She never missed that type of stuff. Never.”

Eric Zuleger, who has been described in various reports as a friend and ex-boyfriend, told KHOU in a June 22, 2021 report that he believed Pomaski was in an abusive relationship.

“Taylor reached out to me many times throughout the month of April [2021],” he said. “We were talking about her getting out of there, getting back on her feet, getting herself set and stabilized.”

When asked if the family thought Ware was the only person who knew the truth about Pomaski’s disappearance, he pointed squarely at the former NFL player.

“There could be others that were around the house that night,” he told KPRC. “I’m not for certain, but Kevin knows exactly what happened.”

“She was in danger, and she was in trouble,” Zuleger told KTRK. “There was violence, she referenced a gun being pulled on her. She was very scared, very nervous.”

Though authorities did not immediately announce charges, a Montgomery County prosecutor described Ware as a suspect early on.

Witnesses said that Ware and Pomaski had a “violent fight,” according to KTRK. Ware, who played tight end in a brief NFL career in the early 2000s, allegedly began to no-show court dates in drug and weapon charges in Montgomery County, and was later arrested for that.

Ware’s attorney has said that his client has been cooperative, contrary to allegations that Ware was uncooperative.

“He’s told the police everything that he knows and he’s led them through his house,” lawyer Coby DuBose said last year, according to KPRC. “He’s let them in his home, and that’s really all we’re going to say about that.”

[Jail photo of Ware via Montgomery County; image of Pomaski via Texas EquuSearch]