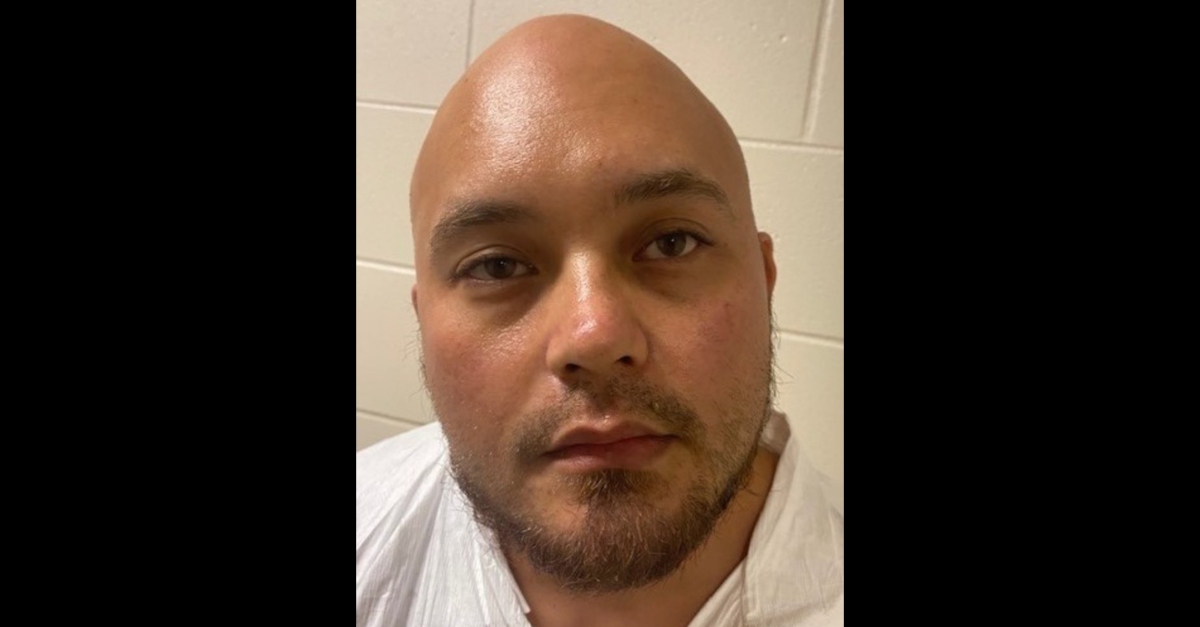 The link between an alleged killer and his victims remain murky–possibly nonexistent–as deputies try to make sense of a recent quadruple murder. Former U.S. Marine Bryan Riley is the man behind a massacre in Polk County, Florida, say local deputies. He allegedly had said he received a vision from God about someone named “Amber” dying by suicide.

Sheriff Grady Judd emphasized in a press conference Sunday this was the result of a preliminary investigation and subject to change, but the story from authorities right now is that Riley shot and killed four people and the family dog in two related residences. He named one victim as Justice Gleason, 40. Judd did not name other victims under Florida’s Marsy’s Law, saying he lacked permission from the victims’ loved ones. A 33-year-old woman died holding a three-month-old infant boy, Judd said. Riley allegedly shot and killed the infant’s grandmother, 62, in a small apartment by the home. The sheriff did identified the family dog, Diogi, who he said was named after a sheriff’s office K-9 shot and killed in 2006.

An 11-year-old girl survived the Sunday morning shooting with at least seven bullet holes and was “significantly injured,” but she is expected to recover, Judd said. Authorities were trying to determine how many times Riley allegedly shot her.

Investigators have found no link between them and Riley, who lived in the Hillsborough County community of Brandon, Judd said. The sheriff described alleged bizarre behavior dating back to last Sunday. Riley’s girlfriend–who Judd described as a cooperative–allegedly told investigators that Riley did security work at a church and returned home to claim God spoke to him and that he can talk directly to God. She said she had never seen that kind of behavior before, but that he was still nonviolent at the time. Even so, Riley allegedly said that God told him to do relief for Hurricane Ida and that he went as far as to buy $1,000 worth of cigars, claiming God told him to do that. He allegedly became more erratic and was not sleeping.

On Saturday evening, nine hours before the shooting, Riley approached a man at a lawnmower and claimed he received an order from on high, according to the sheriff’s story.

“God sent me here to speak to one of your daughters,” he allegedly said. “Amber.”

People at the scene told him there was no Amber there and asked him leave or they’d call authorities.

They called authorities after he allegedly did not leave immediately, but at end of it all, officials did not find him after that first encounter. The girlfriend separately told investigators that Riley said he saw a man on a lawnmower and claimed to get a vision from God about the man’s daughter about to die by suicide.

The situation turned from bizarre to tragic early Sunday morning, when Riley allegedly shot and killed the four victims.

“This guy is heartless and calculated with his murder,” said Judd.

Deputies allegedly found Riley wearing camo after they received 911 calls about an active shooter and one of their nearby lieutenants heard what he believed to be automatic gunfire. The lieutenant apparently shot the suspect in a shootout, but Riley retreated back into the home, Judd said. Riley eventually surrendered after initially opening fire at authorities who set up a perimeter, according to the sheriff’s account.

Riley had been on meth, Judd said. The girlfriend allegedly told investigators she did not know about drug use. During transport to the hospital, Riley allegedly said that the victims begged for their lives, but he killed them anyway. He allegedly described himself as a survivalist.

“You know why I did this,” he allegedly said.

Riley allegedly created a glow stick trail from the road to past the home, leading investigators to suspect booby traps and a possible ambush, the sheriff’s said.

Judd described him as a former U.S. Marine, who served four years, was honorably discharged, then the spent three years in the reserves. Riley went to Iraq in 2008, and Afghanistan in 2009 and 2010, he said. The girlfriend said that Riley had PTSD, and she had previously seen him depressed but never violent, Judd said.

The investigation is ongoing, with the sheriff saying the review of the crime scene may take days.