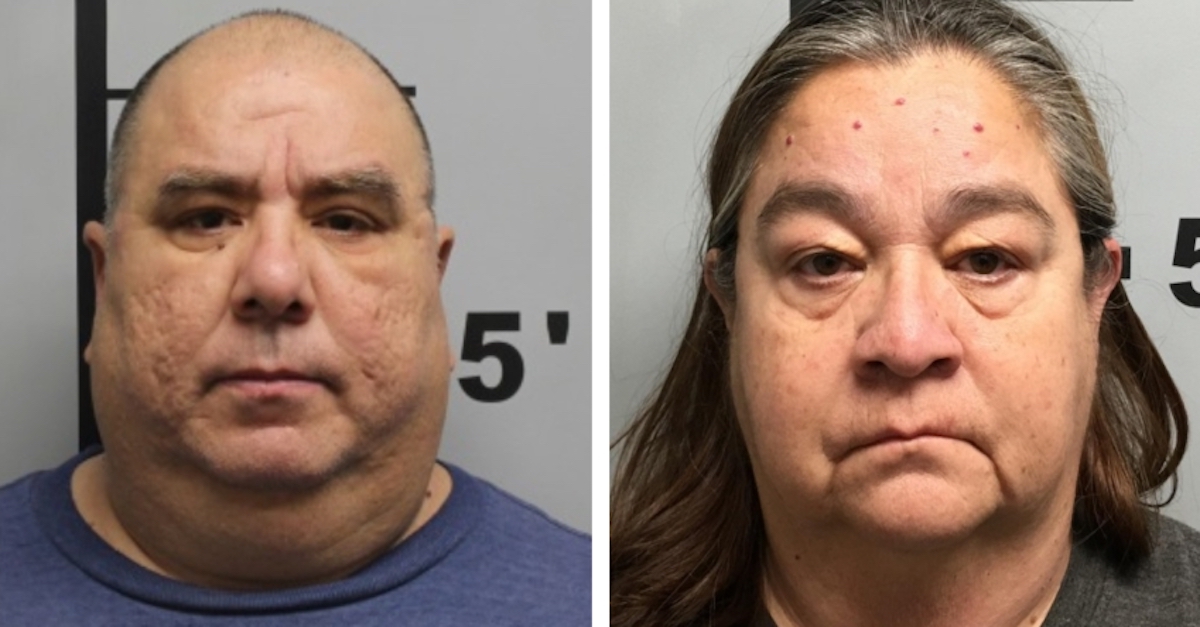 A former employee at an elementary school in Arkansas and her husband were arrested after she allegedly helped him groom and rape multiple minor girls over the course of several years. Minerva Cosio and Ralph Cosio are each facing a litany of felony offenses over the disturbing allegations of sexual and psychological abuse, Rogers NBC affiliate KNWA-TV reported.

Minerva reportedly worked in the Rogers School District for 16 years and was previously employed as a secretary aide at Elza R. Tucker Elementary School.

According to a copy of the arrest affidavit obtained by the station, a minor girl on the morning of Oct. 24, 2021 filed a report with the Lowell Police Department claiming that one of her friends, also a minor girl, had been sexually assaulted by Ralph Cosio.

At least two minor girls were reportedly identified as being victims of the 57-year-old man. The victims reportedly spoke with case workers at the Benton County Children’s Advocacy Center in Little Flock in an interview that was observed by Lowell police and investigators with the Arkansas State Police Crimes Against Children task force. During one of the interviews, one of the victims claimed that Ralph had been sexually assaulting them “basically their whole lives.”

The other victim provided investigators with a written account of the abuse she suffered, reportedly saying that she couldn’t even recall when the abuse first began.

“[Ralph] molested me for as long as I can remember to about age 11 or 12,” the victim reportedly wrote.

Following an exhaustive investigation into the allegations, officers on Nov. 15, 2021 arrested Ralph Cosio on a slew of charges and also brought Minerva in for questioning.

While being questioned by detectives, Minerva reportedly said that she brought two minor girls to Ralph’s apartment located in the 1500 block of Tudor Street and arranged for them to stay with him overnight an unknown number of times. Sometimes the girls were brought over individually, other times they were brought to the apartment together, the affidavit reportedly said. Per the affidavit, Minerva allegedly continued to bring the girls to Ralph’s apartment even though she was aware of the ongoing “sexually and psychologically abuse” that was taking place.

Following several interviews with police, Minerva Cosio was arrested on Jan. 22. She is facing felony counts of permitting abuse of a minor and intimidating a witness as well as a misdemeanor count of endangering the welfare of a minor. She was reportedly booked at the Benton County Detention Center on $25,000 bond.

Ralph Cosio, who filed an order of indigency for a public defender, was also booked at the Benton County Detention Center. A judge set his bond at $200,000, according to online jail records.

Ralph Cosio is currently scheduled to appear before a judge for an omnibus hearing on Feb. 22.