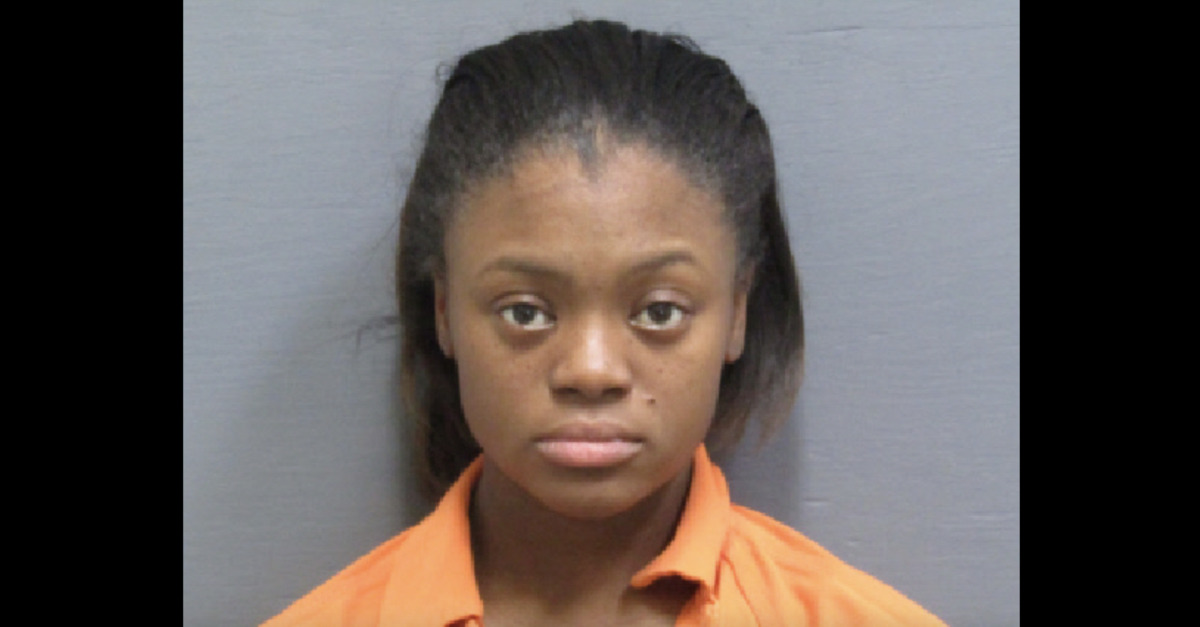 An Alabama woman and college student who says she just wanted to pick up her child has been charged with killing another woman’s unborn fetus during an allegedly brutal fight last week.

Iveonna Samone Lashay Turner, 20, stands accused of one count of reckless murder over the incident that occurred on Jan. 24, 2022 in Dothan, Ala., the county seat of Houston County.

On the day in question, Dothan police say they responded to a disturbance call at the residence of the defendant’s ex-boyfriend, according to The Dothan Eagle. Turner and her ex reportedly share an infant child together. Citing witnesses allegedly on the scene, police say they were told the defendant and the pregnant woman got into an altercation or dispute that led to Turner punching and kicking the alleged victim multiple times in her stomach with her hands and feet.

According to local CBS/MyNetworkTV-affiliate WTVY, however, Turner claims she is the victim of an attack at the residence. In a protective order filed against her ex-boyfriend, the defendant says she was “jumped” when she arrived to pick up her baby.

In that protection order from abuse, filed in Houston County Court on Jan. 27, 2022, Turner says she was attacked by her ex as she tried to obtain custody of the 8-week-old infant. The order also request protection for the child.

Dothan police arrested the defendant after a medical examination determined the pregnant woman, said to be 37 years old, was left with an unviable fetus after the alleged fight with Turner. The expecting mother reportedly sought medical attention after she experienced abdominal pain following the incident. The details of what transpired prior to the alleged violence have yet to be made public.

Broader Alabama-focused news site Al.com, citing DPD Lieutenant Scott Owens, reports that Turner allegedly forced the pregnant woman to the ground and began striking her with specificity in the stomach.

“According to witnesses, she was focused on that area,” Owens alleged.

The fetus lost was reportedly early-term, according to WTVY.

In the Yellowhammer State, as of December 2016, a fetus is considered to be a person under the law regardless of its viability.

Turner was arrested and booked into the Houston County Jail on Friday. She is currently being detained on a $500,000 bond.

A reckless murder charge in the state is defined as “conduct which creates a grave risk of death to a person other than himself/herself, and thereby causes the death of another person” so long as such an act is committed recklessly “under circumstances manifesting extreme indifference to human life.”

Jail records reviewed by Law&Crime do not contain an attorney of record or a scheduled court date for Turner as of this writing.

A hearing on the protection abuse order request is currently slated for Feb. 10, 2022.