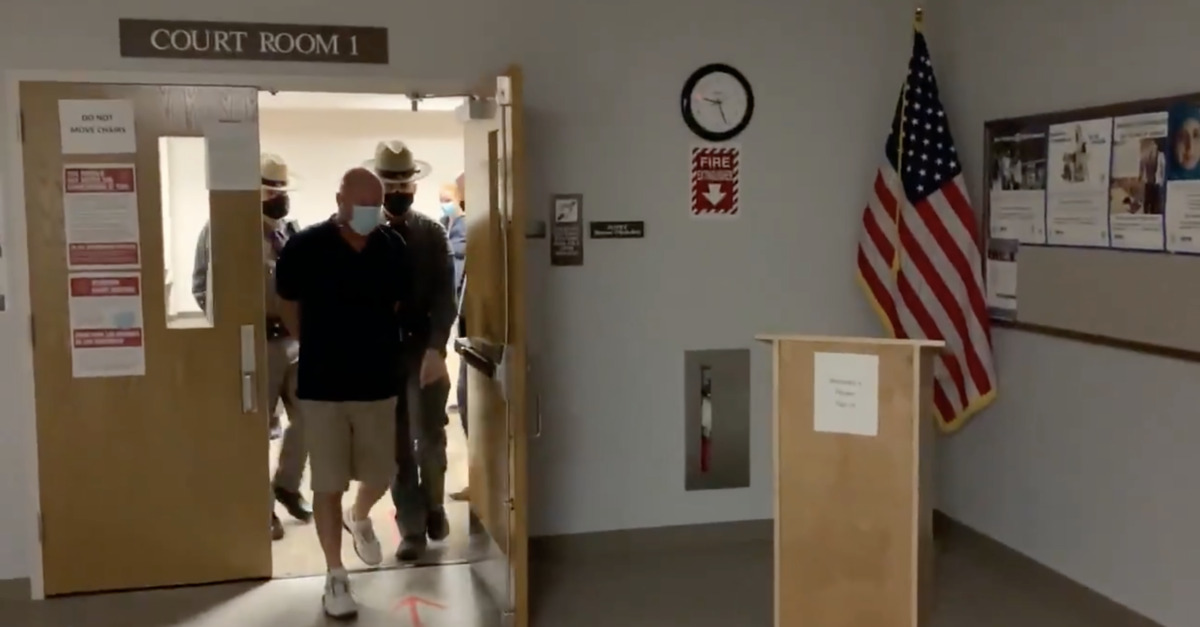 An elementary school principal in Upstate New York has been charged with sexually abusing nine students over the past four years.

According to the Rochester Democrat & Chronicle, Kirk Ashton, 51, has been the principal of Northwood Elementary School in Greece, N.Y., since 2004. He was placed on administrative leave earlier this month and charged Wednesday evening with several offenses.

Ashton currently faces six counts of sexual abuse in the first degree, five counts of course of sexual conduct against a child in the second degree, and nine counts of endangering the welfare of a child. Prosecutors say the victims were all boys between the ages of 9 and 12 when the alleged abuse occurred — and that Ashton’s alleged predatory behavior could span decades into the past.

The New York State Police began investigating the Hilton Central School District late last month after receiving a tip about child abuse at Northwood via the state’s hotline for reporting such crimes.

Monroe County District Attorney Sanda Doorley noted that her office’s typical procedure is to provide media with “accusatories” — a reference to “accusatory instruments” referenced in New York’s Criminal Procedure Law — but that in this case, due to the young ages of the alleged victims, those “accusatories” would not be shared. She went on to sketch out the general details of the statutory violations during a press conference.

“Certainly any time someone is an authority and is charged with something like this, it would be a shock,” VanStrydonck said during a press conference. “But certainly from what Amanda and I know from doing this for a long time is that the overwhelming majority of sex abuse happens from someone that children know, love and trust.”

“Any time there are allegations of kids being hurt it’s upsetting to the community and it should be,” she continued. “It’s upsetting as a parent. I think the community is hurting right now, as they should be, and hopefully at the end of this when we release some information, at least some lessons can be learned.”

The ADA went on to say that the investigation is “ongoing and extremely active” and noted that the current slate of charges “represent a few years.”  She added that her team would “be interested to talking with anyone with information.”

“We have nine victims and the potential for many more,” VanStrydonck said.

Protective orders have been taken out for eight of the alleged victims; a ninth parent declined to take out such an order so as to protect her son’s privacy.

“The School District has been cooperating fully with the State Police,” Hilton schools said in a statement to the Democrat & Chronicle earlier this week. “Our primary concern is for our students.”

“The District commends the individuals who initially brought this information forward and thanks the New York State Police for their prompt and thorough response,” the statement continued.

Hilton Superintendent Casey Kosiorek also sent an email to parents just after Ashton was arrested: “Late today, the New York State Police informed me that, following an investigation, Mr. Ashton is being charged with multiple counts of inappropriate sexual conduct with male students.”

The veteran educator was arraigned on Wednesday night. He pleaded not guilty and was forced to surrender his guns and passport. Ashton’s bail was set at $500,000 cash or $1 million bond. The preliminary hearing in his case is currently set for April 20.