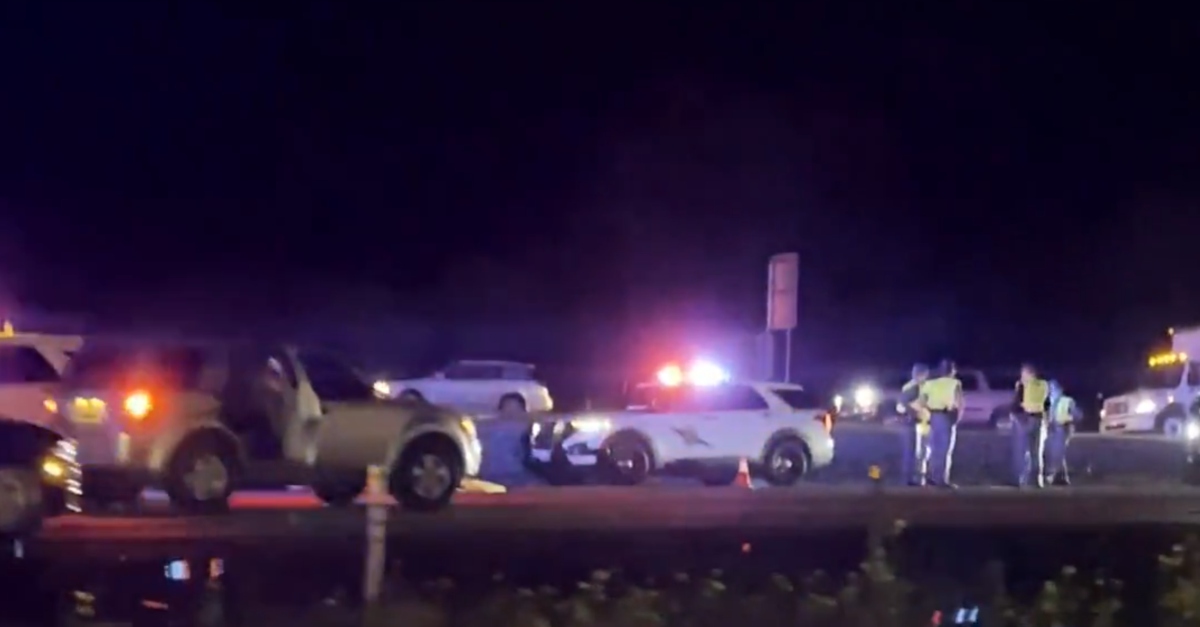 A driver fatally struck an attempted murder suspect who ran out into highway traffic, according to authorities in Washington state. Officers identified the dead man as Robert J. Flubacher, 55.

Cops in the city of Longview said Flubacher tried to kill a younger man on Friday. Officers said they received a call regarding a fight in the 400 block of 17th Avenue.

“The initial 911 callers were reporting that multiple people involved were armed with weapons, including a knife and a baseball bat,” Longview Police said.

The driver of a black Dodge Caliber, identified as Flubacher, sped off, sideswiping an arriving police vehicle and successfully fleeing, cops said. He had tried repeatedly to stab a 25-year-old man and threatened to kill him, authorities said.

“Officers interviewed this reported victim who claimed the attack was unprovoked and the attacker was unknown to him,” cops said. “There were multiple witnesses in the area that witnessed the incident. At this time, officers had developed probable cause for attempted murder and a multitude of other serious crimes.”

A detective found the Dodge in the 1400 block of Beech Street. Again, patrol units responded, and again, Flubacher allegedly sped off, this time towards Interstate 5. He allegedly led law enforcement on a chase at speeds that topped more than 100 miles per hour.

Washington State Patrol gave chase for 20 miles, according to officials in a KOIN report. The Woodland Police Department took the Dodge out of commission by using spike strips, but officers say Flubacher continued his attempted escape on foot. That is when the chase reached its final, fatal stage.

Flubacher ran across southbound lanes into the northbound lanes, officers said. Another a driver, identified as a 43-year-old woman, struck and killed him at “freeway speed,” police said.

“If you can imagine driving down the freeway at a speed that is freeway speed and then striking someone, it would be very detrimental not only emotionally, but also physically to whatever vehicle was striking a pedestrian,” Washington State Patrol Trooper Will Finn said.