Despite Texting His Mom That He Was ‘Really’ Going to Stab Ex-Girlfriend ‘in the Neck 57 Times,’ Suspect Claims He Never Intended Murder 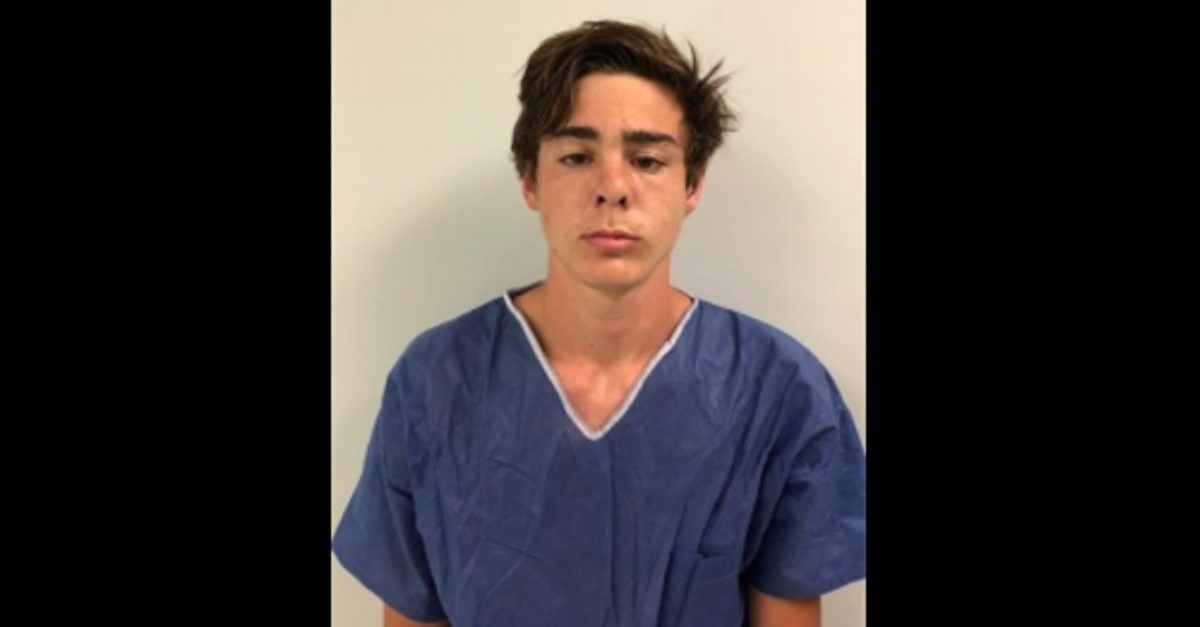 A murder defendant testified that he never meant to kill his ex-girlfriend, but texts showed that he previously made violent, visceral threats toward the victim. Jurors found him guilty as charged of first-degree murder.

“I’m really going to kill her,” Gilbert Newton III, 19, texted his mother about victim Morgan Darlyn McCaffery, according to The Philadelphia Inquirer. He had seen a picture of his ex on social media with her new boyfriend. “I’m gonna stab her in the neck 57 times.”

Weeks later, on July 27, 2020, Newton asked McCaffery to come to the Meadowbrook train station to talk one more time after their breakup. But police in the Philadelphia suburb of Abington Township said they found McCaffery unresponsive in the parking lot next to her running car at the station. A doctor with the coroner’s office determined she died of more than 30 stab and slash wounds.

A witness saw a white Jeep fleeing the scene of the stabbing, cops said. Investigators learned that McCaffery had ended a yearlong relationship with Newton the month before and that she had gone to the train station to meet with him to talk about it. Philadelphia cops showed up to Newton’s home after a 911 call, finding a white Jeep Patriot parked on the street in front of the residence, and Newton sitting on a couch in the home. His clothes were bloody.

Gilbert Newton III, accused of killing his ex-girlfriend, testified today, as the prosecution presented text messages, with several members of both families and the jury tearing up. @ARobertsCBS reportshttps://t.co/FS9hkljIX8

Newton admitted he killed McCaffery, but he insisted that he was at the station to die by suicide and had two kitchen knives he stole from his mother, according to the Inquirer. He reportedly claimed he only stabbed McCaffery out of anger after he called her a pejorative, and she mocked and slapped him.

“I had so much running through my mind,” he reportedly said. “I was supposed to stab myself, but as soon as she slapped me and spat on me, I thought: ‘She must not care about me.'”

Jurors saw argumentative texts between the former couple from the weeks before Newton killed McCaffery. For example, he wrote for her to have her “head on a swivel” because he was going to stab her multiple times, according to the paper.

On the stand, Newton insisted that he loved McCaffery and cared for her more than anyone else on the planet. He wrote those messages because he was upset and distraught, he said.

“I understand those text messages don’t make sense,” Newton reportedly testified. “I was upset. I said things I didn’t mean.”

Jurors took two-and-a-half hours to deliberate and find him guilty of first-degree murder, according to WTXF.