Deputy Shot Knife-Wielding Man in the Head to Save Woman Being Held Hostage: Authorities 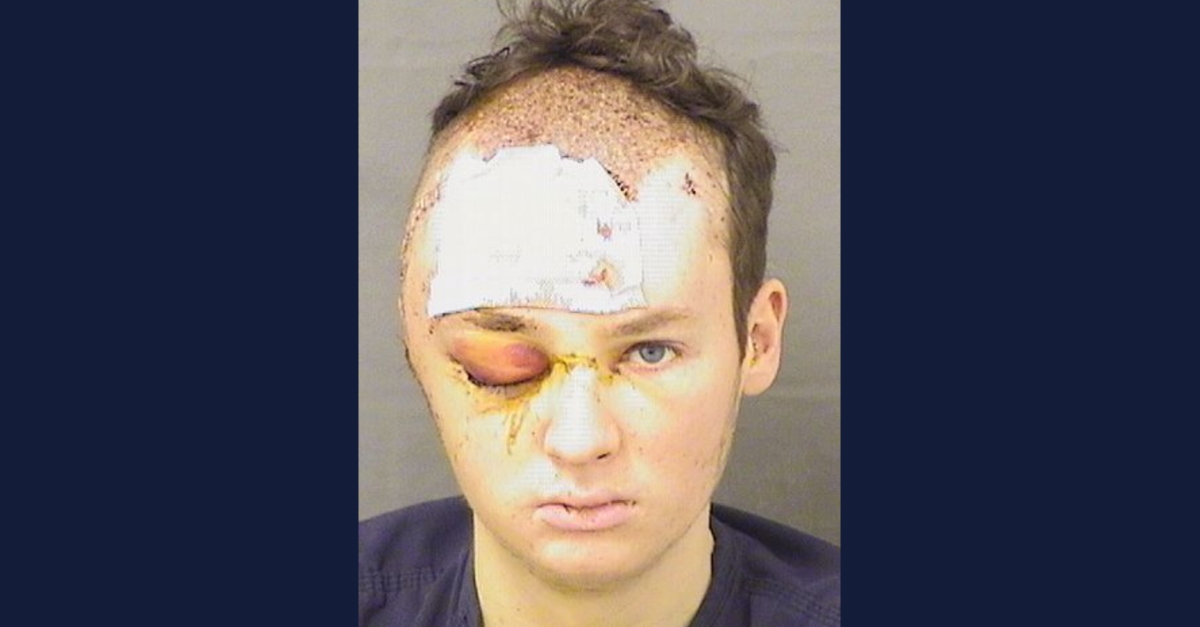 A man allegedly held a woman hostage at a knifepoint, but a responding deputy shot him in the head. Remarkably, authorities say suspect Tzvi Asher Allswang, 20, survived the encounter. After a few days at a hospital, he’s now locked up at the jail in Palm Beach County, Florida.

Shortly before 6:30 a.m. on Saturday, deputies responded to a welfare check at a residence in unincorporated Boca Raton.

“Upon arrival, deputies heard a female victim screaming for help,” authorities said.  “Deputies made forced entry into the residence and located a female victim who was being [held] against her will at knife point by an adult male suspect.”

The suspect, later identified as Allswang, allegedly refused to drop the knife. A deputy feared for the victim’s safety, so he shot the suspect in the head, authorities said.

We are investigating a Deputy Involved Shooting in Unincorporated Boca Raton. Shortly before 6:30am, we responded to a welfare check in the 22000 block of Lockspur Trail. Upon arrival, deputies heard a female victim screaming for help. (Thread) pic.twitter.com/8AOevU37zX

The female victim is a woman in her mid-20s, a Palm Beach County sheriff’s spokesperson told Law&Crime. The victim was taken to a local hospital but was in stable condition, authorities have said. Allswang, meanwhile, was taken to another hospital in critical condition.

The deputy who pulled the trigger, identified by the sheriff’s office on Wednesday as Sgt. William Nogueras, was put on paid administrative leave under standard department protocol.

The woman and Allswang “were known to each other,” the spokesperson said.

The victim had attempted to leave the residence, but Allswang stopped her, the spokesperson said. The spokesperson added to Law&Crime that Allswang’s actions as to the victim were “definitely premeditated.”

“It was a night of hell for her,” the spokesperson continued.

Online court records are not available for the case as of Wednesday evening, so it is unclear if Allswang has an attorney in this matter. The spokesperson said that the defendant is scheduled for a hearing Thursday.