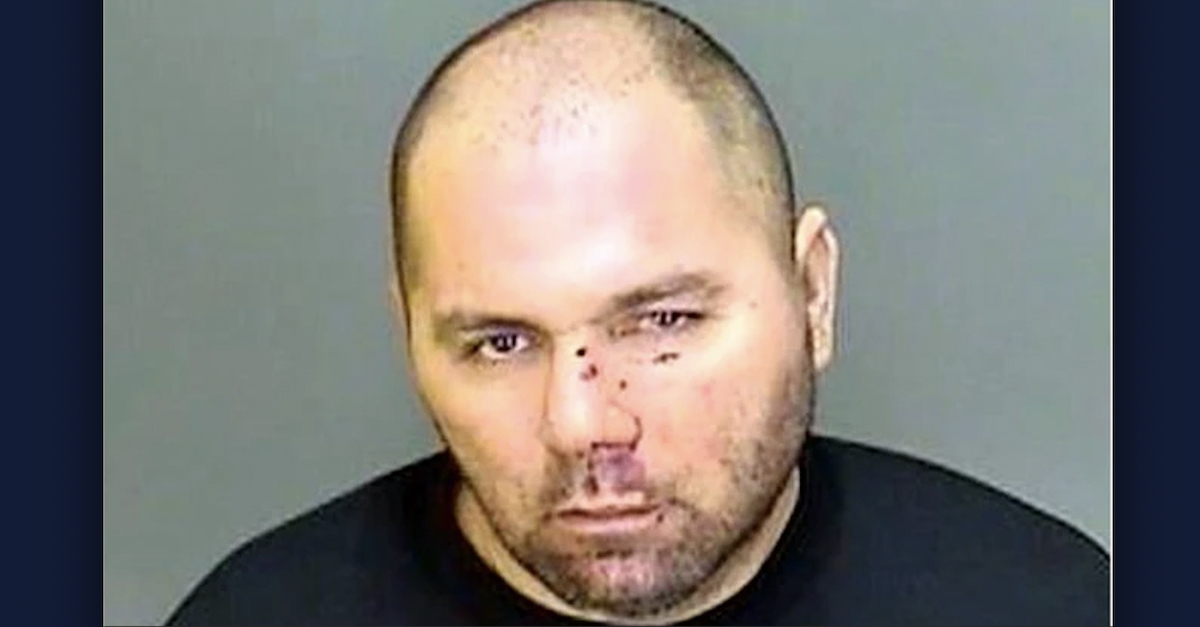 The father who killed his three daughters and the chaperone overseeing his supervised visitation in a Sacramento, California church last week used a homemade firearm to fatally shoot his victims before turning the gun on himself, authorities say.

David Fidel Mora-Rojas, 39, was also in the U.S. illegally when he gunned down his children with a “privately manufactured firearm,” also known as a “ghost gun,” authorities said over the weekend.

According to a press release from the Sacramento County Sheriff’s Office, an employee at The Church in Sacramento on Feb. 28 at approximately 5:07 p.m. called the sheriff’s office communications center and reported a man had opened fire inside of the building. The caller said he was upstairs when he heard the shots coming from somewhere downstairs. He then left the building and phoned the police.

Deputies arrived at the church on Wyda Way at approximately 5:09 p.m. and came across a grisly scene. Upon entering the church and performing a sweep, first responders said they found two deceased adult males, later identified as Mora-Rojas and the chaperone, and three deceased juvenile females ages 9, 10, and 13. Authorities said all appeared to have died due to gunshot wounds; 17 empty shell casings were near the bodies.

During the subsequent investigation, detectives learned that a church associate had previously phoned 911 in regards to Mora-Rojas, after he allegedly made alarming comments about acting violently while inside the church. The associate on April 17, 2021 called the sheriff’s office and reported that Mora-Rojas “had made statements that he wanted to harm himself and his wife,” the caller said, per authorities.

Deputies responding to the call took Mora-Rojas into custody and transported to a local hospital where authorities placed him on an involuntary 5150 psychiatric hold pending a medical evaluation. Police said that following the incident, Mora-Rojas began living at the church.

According to police, Mora-Rojas’s wife obtained a restraining order through the Family Law Court of Sacramento County in April 2021. The retraining order reportedly granted Mora-Rojas visitation rights with his daughters, provided there was a chaperone present. The order also specifically stated that Mora-Rojas “could not possess firearms or ammunition.”

The gun Mora-Rojas used was an “AR style rifle” with “no serial number or manufacturer markings” that the Bureau of Alcohol, Tobacco, Firearms and Explosives (ATF) refers to as a “privately made firearm (PMF),” also called a “ghost gun,” police said. In addition to the illegal ghost gun, investigators said Mora-Rojas was also found with an illegal extended 30-round magazine.

Authorities reportedly said they still don’t know when or how Mora-Rojas got his hands on the ghost gun.

“The person who knows these answers is dead. I think I can safely say, he obtained it illegally,” sheriff’s spokesman Sgt. Rodney Grassmann reportedly told The Associated Press.

Mora-Rojas was arrested a week before the tragic shooting, on Feb. 23, for driving under the influence, assaulting a peace officer, and assaulting a member of the medical staff, according to the press release. While Mora-Rojas was in custody, the U.S. Immigration and Customs Enforcement agency served a detainer on the jail because he had overstayed his visa. Under California law, however, the jail is not allowed to communicate with ICE and Mora-Rojas was released after posting $15,000 bond. Mora-Rojas is originally from Mexico.

The federal Joint Terrorism Assessment Team (JCAT) last year released a report stating that between 2016 and 2020, almost 25,000 ghost guns had been recovered from potential crime scene in the U.S., particularly among people legally forbidden from possessing guns.

“The number of PMF recoveries from 2018 to 2019 doubled among prohibited persons and felons,” the report stated.

In February, the Biden administration announced the Launch a National Ghost Gun Enforcement Initiative — to “train a national cadre of prosecutors and disseminate investigation and prosecution tools to help bring cases against those who use ghost guns to commit crimes.”