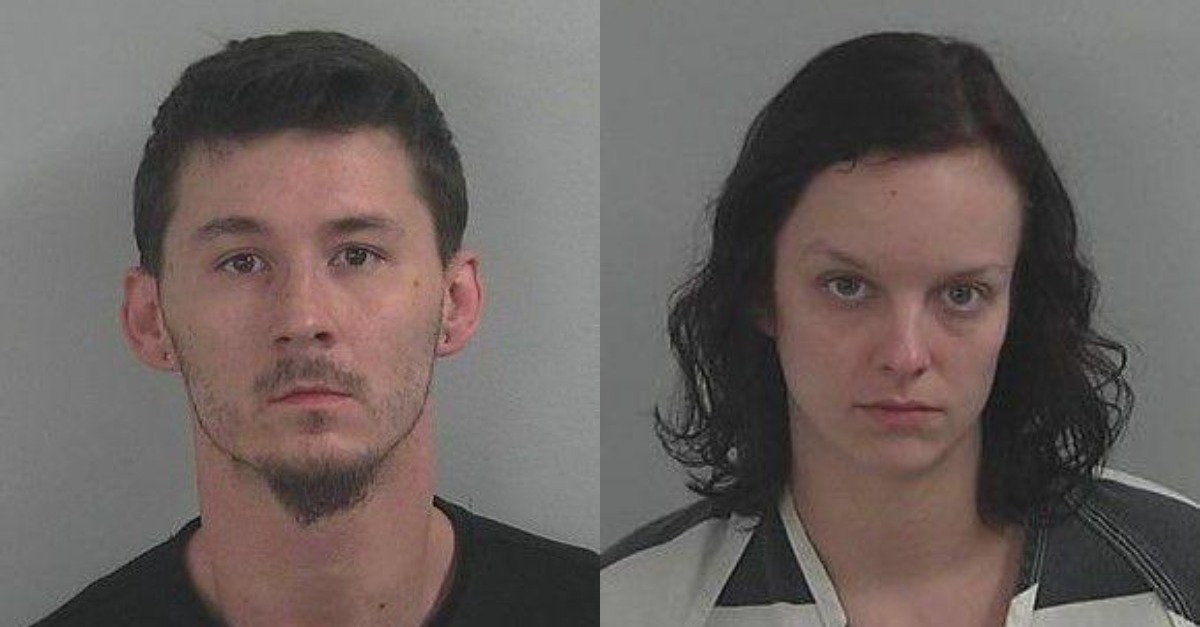 An Indiana woman was arrested earlier this week on multiple child abuse-related charges including an alleged conspiracy to molest infants.

The defendant’s alleged crimes are said to involve a baby girl who suffered a life-threatening and traumatic brain injury when she was five months old, according to The Star of DeKalb County, Ind.

The second person in the alleged conspiracy, authorities say, is Billy R. Burrow Jr., 31, who lived at the same address as Allard. Burrow was arrested in late December of last year after an investigation that began in early October 2021. Each defendant has been charged with the exact same type and number of crimes.

DeKalb County Sheriff’s Department Detective Brady Thomas said he was apprised of the young girl’s injuries on Oct. 13, 2021 by the Hoosier State Department of Child Services. At the time, the child was being cared for at the Riley Hospital for Children in Indianapolis.

According to an arrest affidavit obtained by the Star, Det. Thomas interviewed Allard prior to Burrow’s arrest. Allard allegedly said that Burrow told her on Oct. 12, 2021, that the infant was acting “funny.” Burrow then asked Allard when she would be home. Allard said she arrived to find the baby unresponsive on the couch and “like a wet noodle.” The child was breathing, Allard said, and grunting, according to the affidavit.

After several abortive attempts to find help in Harlan, Ind. (at a doctor’s office and fire station), the couple allegedly then drove to Dupont Hospital. From there, the child was airlifted to Riley Hospital. A child abuse pediatrician determined the baby suffered from a brain injury, retinal hemorrhages, and healing rib fractures, according to the affidavit. Those injuries, the pediatrician noted, were characteristic of abusive head trauma caused by “violent acceleration-deceleration injury.”

The doctor also said she inspected the girl’s twin baby brother and noted the presence of multiple healing rib fractures on him as well. Those suggested abuse from being squeezed, the doctor said, according to the reports.

Burrow, when questioned by the detective, allegedly denied that the children had ever been hit, shaken, thrown or otherwise intentionally injured – or that they suffered any accidental injuries he was aware of.

The girl’s injuries were described by the doctor as “catastrophic.” The physician noted that the baby will most likely never be able to reach significant developmental milestones, that she will almost certainly be disabled, and that her head will not grow as she ages because her brain will not be able to develop. The girl, essentially, has no hope for any real recovery, the doctor said, in terms of her prognosis.

A follow-up investigation, authorities allege, showed the existence of text messages which suggested Allard and Burrow intended to groom the children to have sex with another and the adults. Those messages, Thomas said, contained extensive plans to molest the babies.

The detective also claims to have found what he said appeared to be multiple images depicting child pornography sent between the two defendants — to and from each of their cellular phones.

“They completed at least the overt acts of researching the sex acts and researching molesting children on the internet by collecting pornography and child pornography,” he wrote in the affidavit.