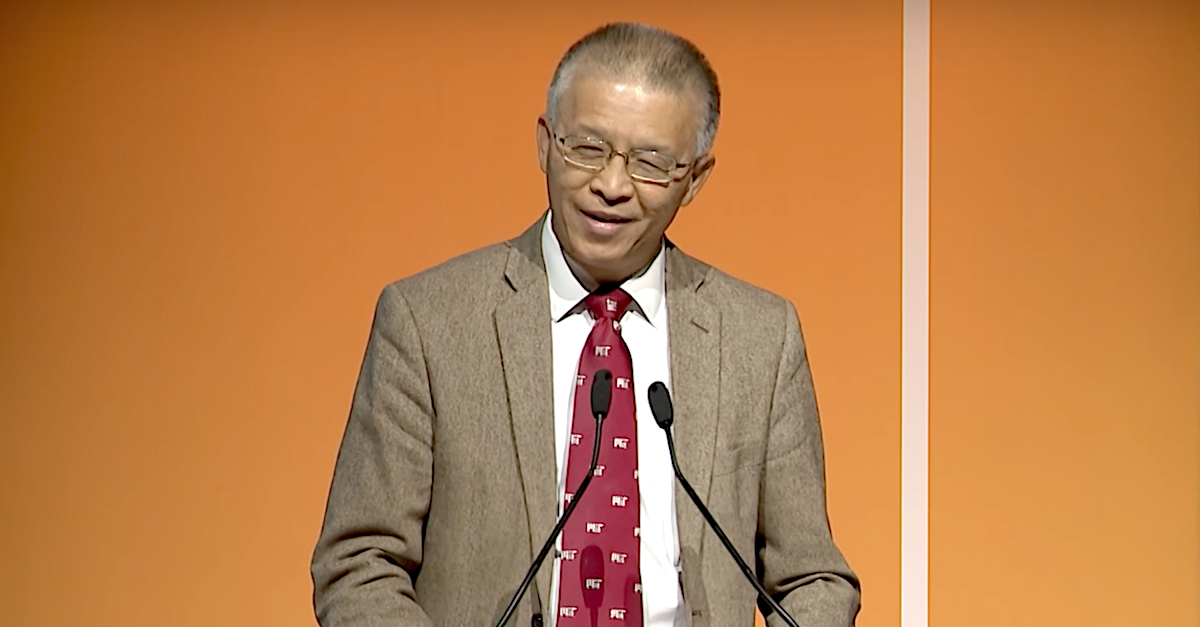 Federal prosecutors have filed a barely-two-page-long court document to dismiss a case against a Massachusetts Institute of Technology professor who was accused last year of failing to report alleged ties to the People’s Republic of China. The professor, Gang Chen, was charged in early January 2021 with two counts of wire fraud.  He was also charged with one count each of failing to file a report of a foreign bank account and making a false statement.

The charging documents — a Jan. 13, 2021 complaint and affidavit and a Jan. 19, 2021 indictment — were all filed just days before President Joe Biden was sworn into office on Jan. 20, 2021 and before current U.S. Attorney for the District of Massachusetts Rachael S. Rollins was nominated by Biden and subsequently confirmed by the Senate on July 26, 2021 and Dec. 8, 2021, respectively. Reuters noted that the charges were directly tied to a Donald Trump-era “China Initiative” within the DOJ that aimed to “counter suspected Chinese economic espionage and research theft.”  The initiative as a whole appears to remain active and has netted other convictions, a DOJ website attests.

The dismissal documents in Chen’s case make no mention of politics but instead say new material uncovered by the government suggested that its initial bravado was legally unfounded.

“As a result of our continued investigation, the government obtained additional information bearing on the materiality of the defendant’s alleged omissions,” a Jan. 20, 2022 dismissal document reads in relevant part.  “Having assessed the evidence as a whole in light of that information, the government can no longer meet its burden of proof at trial.  Dismissal of the Indictment is therefore in the interests of justice.”

Rollins addressed the dismissal directly in a statement issued via a concomitant press release:

Today’s dismissal of the criminal charges against Gang Chen is a result of our continued investigation into this matter. Through that effort, we recently obtained additional information pertaining to the materiality of Professor Chen’s alleged omissions in the context of the grant review process at issue in this case. After a careful assessment of this new information in the context of all the evidence, our office has concluded that we can no longer meet our burden of proof at trial. As prosecutors, we have an obligation in every matter we pursue to continually examine the facts while being open to receiving and uncovering new information. We understand that our charging decisions deeply impact people’s lives. As United States Attorney, I will always encourage the prosecutors in our office to engage in this type of rigorous and continued review at every stage of a proceeding. Today’s dismissal is a result of that process and is in the interests of justice.

Early last year, an FBI affidavit described Chen as “naturalized U.S. citizen of Chinese origin” whose research had been “funded by more than $19 million in grants awarded by various federal agencies, including the U.S. Department of Defense (‘DOD’), the U.S. Department of Energy (‘DOE’) and the Defense Advanced Research Projects Agency (‘DARPA’).”

“I am investigating CHEN for several violations of federal law, including wire fraud due to his failure to disclose contracts, appointments, and awards from various entities in the People’s Republic of China (“PRC”) in connection with his receipt of federal grant funding from DOE,” the FBI agent also wrote.

The affidavit then alleged as follows:

Since in or about 2012, CHEN has held various PRC contractual appointments designed to promote the PRC’s technological and scientific development, including acting as an “overseas expert” for the PRC government at the request of the PRC Consulate Office in New York (“PRC CONSULATE OFFICE”) and serving as a member of at least two PRC Talent Programs. CHEN has also received numerous monetary awards from various PRC entities, many of them tied to the PRC government. Since in or about November 2015, for example, CHEN has served as a “review expert” for the National Natural Science Foundation of China (“NNSFC”), which, as described below, operates similarly to federal grant-funding agencies in the United States like the National Science Foundation. In this role, CHEN assessed and reviewed grant applications, helped determine which grants the PRC government would fund, and reviewed the results of PRC funded research. Yet, CHEN never disclosed his work for NNSFC when he applied for grants from DOE or even his employer, MIT. The investigation of CHEN has revealed that he similarly failed to disclose other appointments, contracts, affiliations, and PRC sponsored activities to DOE in connection with his application for, and receipt of, at least one federal research grant. Finally, the investigation has shown that CHEN failed to disclose at least one PRC-based bank account with a balance exceeding $10,000 to the IRS, as required.

The FBI further alleged that Chen “devised a scheme . . . for obtaining money from DOE by means of materially false and fraudulent pretenses and representations” and “failed to disclose his substantial affiliations, appointments and contractual obligations with the PRC and its government.”

An indictment quickly followed last year. It alleged, among other things, that Chen and MIT staffers forwarded biographical information about Chen and other proposal data to the U.S. government in support of the various federal grant applications.  That information, the indictment claimed, “contained false statements and material omissions concerning, among other matters, CHEN’s professional experience, activities, sources of support, and awards involving the PRC.” It went on:

Among other things, CHEN failed to disclose to DOE (1) that he was a “4th Overseas Expert Consultant” to the PRC government; (2) that he served on the Advisory Board of the Southern University of Science and Technology (“SUSTech”), a government-funded research university in the PRC; and (3) that he was a “review expert” for the National Natural Science Foundation of China; (4) that he was a “overseas strategic scientist” for the Zhongguancun Development Group, a PRC state-owned enterprise funded by the Beijing Municipal Government, devoted to the PRC’s scientific and technological development; and (5) that he was an advisor to the Chinese Scholarship Council, a non-profit institution run by the PRC government’s Ministry of Education.  CHEN’s proposal also failed to disclose activities likely to occur outside the United States and partnerships with various international collaborators, including, but not limited to, Tongji University, Huazhong University of Science and Technology, the Chinese Scholarship Council, and the National Natural Science Foundation of China.

“CHEN also failed to disclose other PRC appointments and activities that arose after he submitted” one of the proposals, the document alleges.

Many of the documents were in Mandarin, the court papers noted, and were translated by U.S. Government officers in order to levy the since-scuttled criminal case.

Chen’s lawyer, Robert Fisher, said Chen “disclosed everything he was supposed to disclose and he never lied to the government or anyone else,” according to Reuters.

“MIT’s faculty had rallied around Chen’s case, and the school paid the professor’s legal fees,” that news organization also noted.

Read the charging documents and the dismissal below:

[image via screengrab from YouTube/MIT]