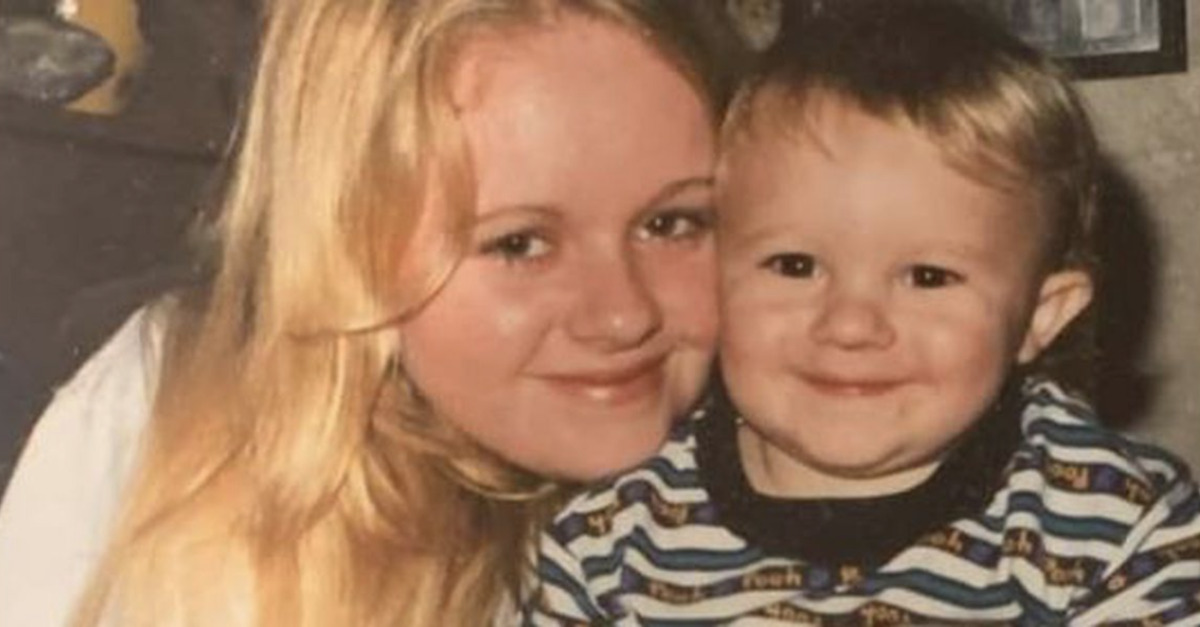 Angela Mack-Cox and her four-year-old son Thomas Michael “Mikey” Rettew were killed and disappeared in 2002. The case now appears to have finally been solved – but the killer can’t go to jail.

According to the Fulton County Sheriff’s Office in Arkansas, the mother and child were murdered in late 2002 or early 2003 before being placed in a furnace and burned away into nothing.

Even the farmhouse furnace used to remove their bodies from the earth — along with all evidence of the crime — is no longer available.

A lengthy press release recounts a cast of characters, compounded tragedies, violence, and lies over the course of nearly two decades.

But it was only recently, when widow Barbara Krusen failed a polygraph test administered by the FBI, that authorities say they were finally able to sift fact away from fiction, subterfuge, rumor, and doubt.

It was only by surfeit of circumstance, terrible and banal, that led Mack-Cox and her son to Missouri in the first place.

She had just remarried when life began to spiral downward. Previously wed to Tommy Retew, who filed the first missing persons report, Angela and her freshly-minted husband James Cox were in a disastrous and trebly fatal car crash just weeks after tying the knot. The newlyweds were hurt and needed time to recuperate.

While the couple was recuperating, James’s brother Jeremy Cox picked up Angela and Mikey. Their trip took an immediate turn towards bad when Jeremy was arrested for being in possession of a stolen vehicle. That left Angela and Mikey stranded in Alton, Missouri. Roughly two weeks later, James received a phone call from Angela. Somewhat mysteriously, she was in California at the time. She was happy and apparently sounded like herself. She wanted to come home. But James never saw or spoke with his recent bride ever again.

While floating around Missouri for awhile, authorities say Angela and Mikey came into contact with the brothers Dale and Clarence Krusen. Jeremy was looking for some cattle work. He knew Dale but “did not know Clarence very well,” according to Fulton County, Ark. Sheriff Al Roork.

Clarence and Barbara Krusen got to know Angela and Mikey pretty well during this time period, however, and the three adults came to an ultimately abortive adoption agreement.

The Krusens would raise Mikey as their own. Angela was off on her own. The circumstances of what led to that initial decision have yet to be released, though Jeremy Cox told investigators “he later heard that Angela had sold her son, Mikey, to the Krusens.”

But while in California, Angela changed her mind. She wanted her son back. And she was ready to be back with her new husband.

It never happened. Both mother and son were quickly murdered after that.

In October 2020, [sheriff’s investigator Dale] Weaver contacted Barbara Krusen who advised that she met Angela Mack Cox in the fall of 2002 while Angela was working for her husband Clarence on their farm. She stated that Angela later brought her four-year-old son Mikey to their house and they kept him for a while, and they later made arrangements to adopt him. She stated that an attorney had drawn up the paper and she and Clarence signed them, and Clarence took Angela to the attorney’s office and got her signature on the papers prior to her leaving for California. She stated while Angela was in Chowchilla California, she was working at a Burger King and she told Clarence that she had a change of heart, and did not want to go through with the adoption. Barbara stated that it angered both her and Clarence and she told Angela she needed to come back and pick up Mikey [and] that she didn’t want to just be a babysitter.

The wayward mother met Barbara at a bus station in Springfield, Missouri. The next day, Angela was briefly reunited with her son. That same night, Clarence killed them both, authorities now say. Then he torched their bodies on his property.

At first, the widow now claims, her husband lied to her about the victims’ whereabouts and said “someone came and picked them up.”

On Good Friday of this year, Krusen took and failed a polygraph when asked about what happened to Angela and Mikey. She took that crucial test at the dogged insistence of Weaver, who reopened the case last summer.

“In a post polygraph interview, she advised the agents that Clarence had told her he had done away with both Angela Mack Cox and Thomas Michael Rettew (Mikey) by killing them and destroying their bodies in a furnace that they had attached to their farm house,” the press release continues. “She stated when they moved from the farmhouse to the house in Alton, that Clarence told her that they had to move the furnace out of there since it was used to destroy both Angela and Mikey’s bodies.”

Months after the murder, Clarence Krusen was indicted and served time in a federal penitentiary on unrelated weapons charges. He was paroled in Texas and shot to death in Laredo in February 2012.

The sheriff’s department now says it considers the case solved. “[W]e were able to close this case as of April 7, 2021,” Sheriff Roork said.