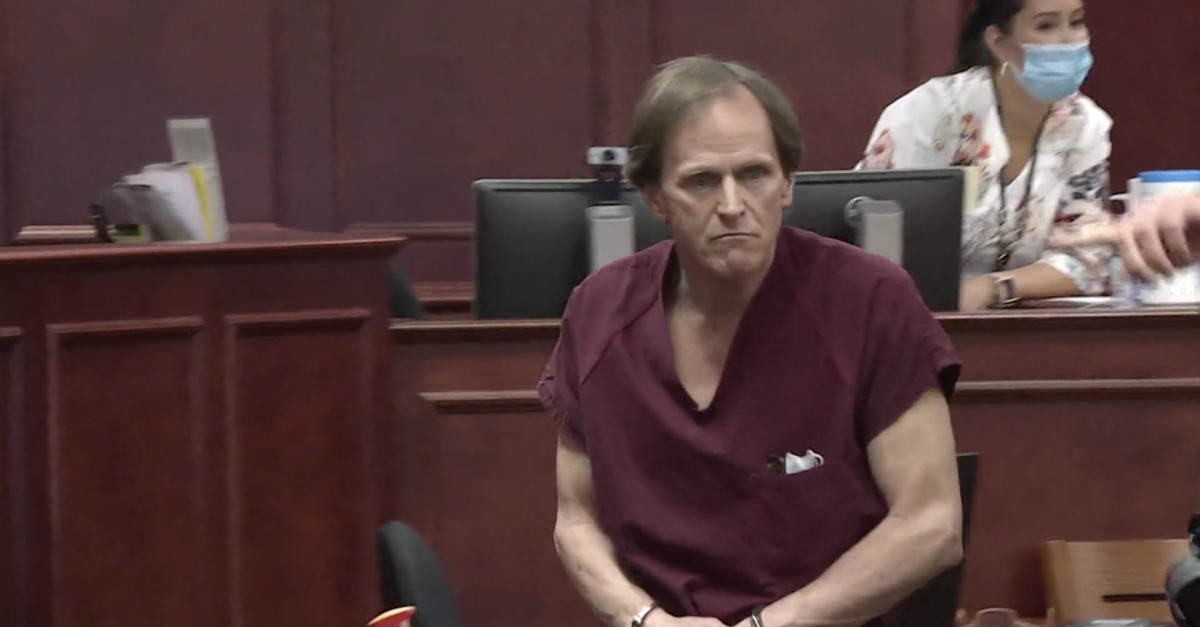 A spree killer who used a hammer to bludgeon his victims to death was convicted for the 1984 death of a Colorado woman on Thursday. 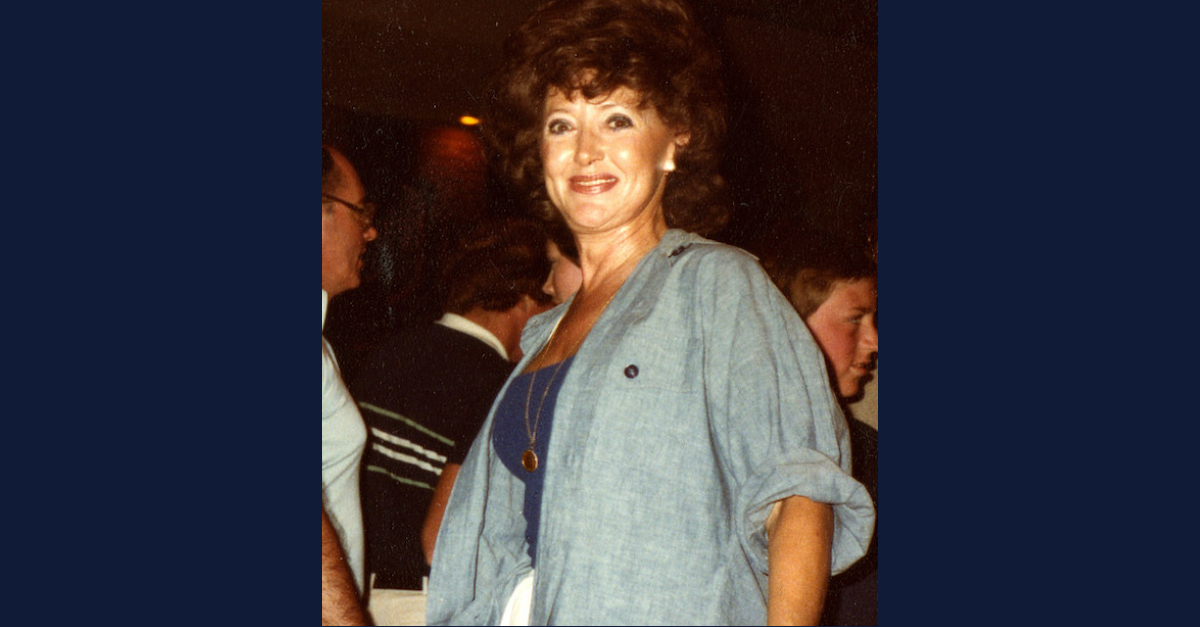 The deceased woman, who lived in a townhome with her daughter and grandchildren in Lakewood, Colo., was beaten to death with an auto-body hammer on Jan. 10, 1984. Her body was found, partially nude, legs spread apart, and a blanket covering her head. The cold case remained unsolved for nearly four decades.

At the time of the gruesome discovery, the Denver metropolitan area was plagued by a 12-day crime spree of what news outlets then termed the “Hammer Killer” attacks some 40 years ago. Three of four attacks left survivors. In addition to Smith, three members of a family of four in Aurora, Colo.–the final victims of the spree–were far less fortunate.

In August 2021, Ewing was convicted on six counts related to the murders of 27-year-old Bruce Bennett, 26-year-old Debra Bennett, and their 7-year-old daughter Melissa Bennett on Jan. 16, 1984.

The girl was also sexually assaulted and her body was found in almost identical circumstances to how Smith’s was discovered six days prior.

Vanessa Bennett, who was 3-years-old at the time, survived several life-threatening injuries that she sustained during the brutal attack. That survival, however, came at a steep cost: a lifetime of obvious anguish supplemented by drug abuse, depression, anxiety, and anger.

“I’m sober now, but I still can’t talk about things – many things – with my family or anybody for that matter,” Vanessa Bennett, now in her 40s, said during her victim impact statement minutes before Ewing was sentenced to three consecutive life sentences last summer. “But all everyone else sees is my anger and my anti-social behavior. I didn’t just lose my parents and my sister. I lost my trust in people and my dignity and pride. I lost the person I was supposed to be.” 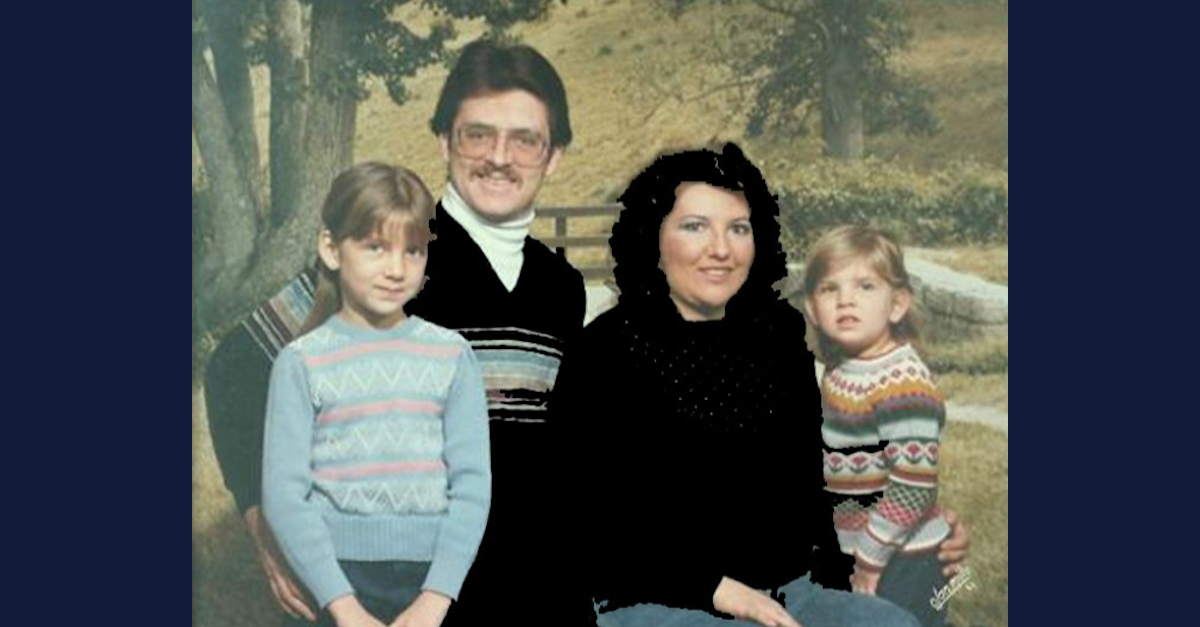 Jurors in the Smith case were told similarities about the two murder incidents but were not allowed to be told that Ewing was convicted in Arapahoe County of the Bennett murders during the recent trial.

The convicted murderer was originally tried in October 2021. That first effort by prosecutors ended in a mistrial after defense attorneys requested–and were granted–a mental competency evaluation.

The second trial over Smith’s murder lasted five days. Jurors deliberated for a little over four hours before returning a guilty verdict.

According to Denver-based NBC affiliate KUSA, which covered both trials in detail, prosecutors in the Smith case focused on DNA culled from semen that was recovered from the victim’s body, the carpet underneath her corpse, and the blanket covering her face.

A hair at the scene of the crime was also linked to Ewing.

Cynthia Kramer, who works for the Colorado Bureau of Investigation as a forensic analyst, told jurors that DNA from the hair was “63 octillion times more likely to be observed if it originated from Mr. Ewing than if it originated from an unknown, unrelated individual.” An octillion is a number equal to one followed by 27 zeros.

District Judge Tamara Russell denied defense efforts to request a second mistrial and for a change of venue. Jurors during the trial rejected the defense’s own theories about DNA and fingerprints.

Ewing was arrested in Arizona 11 days after the Bennett murders for allegedly beating a man with a slab of granite in his own home. While being transported, he ran away from authorities and ended up in Henderson, Nevada where he broke into yet another home and beat a couple with a “weathered axe handle,” according to KUSA. The defendant was still in a Silver State prison on that conviction when his DNA was connected to the cold case Denver area murders in 2018.

Ewing is almost certain to spend the rest of his life in a Colorado prison after the latest conviction–he might have been eligible for parole after 20 years over the Bennett murders. The convicted man’s sentencing for Smith’s murder is currently slated for April 12, 2022.