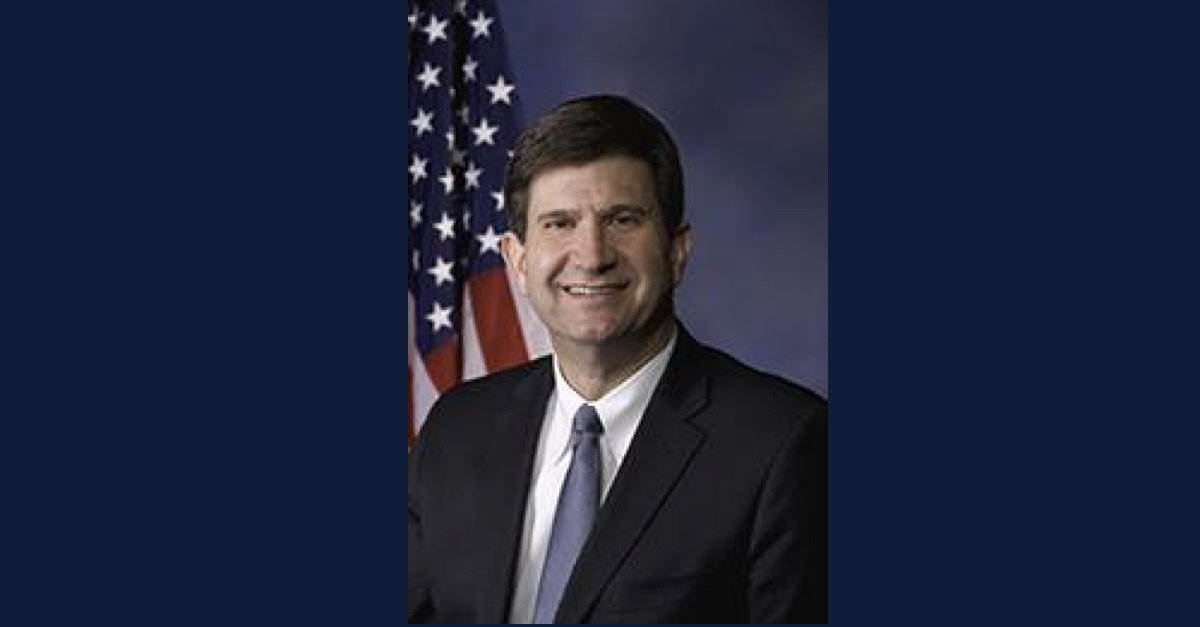 Pictured: Rep. Brad Schneider (D-Ill.), whose former Director of Operations, Sterling Carter, pleaded guilty to theft of public property in connection with a scheme to fraudulently increase his salary and bonus.

A former staffer for an Illinois congressman has pleaded guilty to stealing public funds in an attempt to inflate his salary and bonus payments.

Sterling Carter, 24, admitted to submitting fraudulent paperwork that overstated the amount of money he earned while working as Director of Operations for Rep. Brad Schneider (D-Ill.).

In that position, Carter was responsible for the office budget, and for processing payroll and bonus payments for all employees in the office, including himself.

“Between November 2019 and January 2021, Carter submitted fraudulent paperwork which purported to authorize a higher salary and bonus payments for himself,” the Justice Department said in a statement announcing Carter’s guilty plea on Thursday. “Carter concealed this theft from the Congressperson and the office’s Chief of Staff by falsely representing, in both communications and a budget spreadsheet, that he was only being paid what he was legitimately owed.”

According to the criminal complaint, Carter was responsible for filling out required paperwork—called PAFs, for Payroll Authorization Forms—whenever Schneider or his chief of staff authorized a salary increase or bonus. As part of that procedure, Carter would add Schneider’s signature to the paperwork and submit it to the U.S. House of Representatives Office of Payroll and Benefits.

Bonuses were effectuated by submitting paperwork that reflected a temporary salary increase proportionate to a particular bonus amount; paperwork would then be submitted returning a salary to its original level.

Although Carter was not allowed to sign the paperwork on Schneider’s behalf, prosecutors say that’s exactly what he did.

“Between November 2019 and January 21, 2021, in the District of Columbia, Carter fraudulently filled out, signed, and submitted unauthorized PAFs causing OBP to pay Carter approximately $80,491.67 in unauthorized payments from [Schneider’s] MRA [Member Representation Allowance],” the complaint said.

In December of 2019, Carter submitted another PAF, increasing his salary to $126,000. He apparently never submitted paperwork switching the salary back to the authorized amount.

As a result, Carter apparently received $74,491.67 in unauthorized salary payments from December 2019 to January 2021. Prosecutors say that he hid these payments from his superiors and the House payroll office.

“Carter concealed these unauthorized payments to himself by, among other actions, presenting [Schneider’s chief of staff] an inaccurate spreadsheet of the salaries and bonuses of the employees in [Schneider’s] congressional office, which did not reveal Carter’s inflated salary,” the complaint says.

Carter faces up to 10 years in prison.

“Mr. Carter regrets getting himself involved in the circumstances which led to his guilty plea today,” Carter’s attorney, Robert Lee Jenkins Jr., told Law&Crime. “He certainly accepts responsibility for his conduct. By no means does he think it is reflective of the person that he is, and he’s hopeful to put this episode behind him and move on with his life.”

Schneider’s office did not immediately respond to Law&Crime’s request for comment.

Sterling is scheduled to be sentenced by U.S. District Judge Carl Nichols, a Donald Trump appointee, on July 28.