‘Cold-Blooded Fraudster’: Founder of ‘Students for Trump’ Gets Time Behind Bars for Posing as Lawyer, Scamming ‘Clients’ 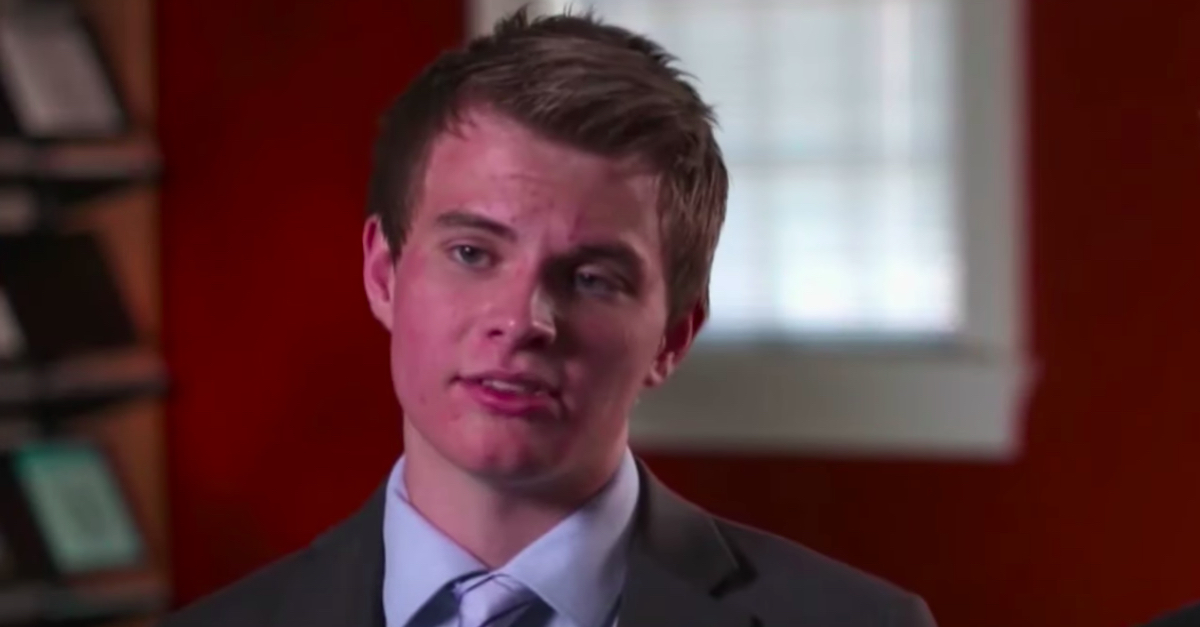 The founder of the youth political group “Students for Trump” on Tuesday was sentenced to more than a year in prison for posing as an attorney and scamming people seeking legal advice out of tens of thousands of dollars, the New York Daily News reported.

According to the report, U.S. District Court Judge Valerie E. Caproni, an appointee of former President Barack Obama, unleashed on John Lambert, 25, calling him a “cold-blooded fraudster who cared not a whit about the victims of his fraud” before levying a 13-month sentence.

Lambert in 2019 was indicted and pleaded guilty to wire fraud and conspiracy in connection with a scheme in which he held himself out to be a high-powered attorney named Eric Pope from the fictitious New York-based law firm Pope and Dunn. He and alleged co-conspirator, Ryan Fournier, then sought and obtained freelance jobs, sometimes providing unqualified legal advice, other times just taking the money and leaving victims in the lurch. According to court documents, the scheme brought in at least $46,654 for Lambert between 2016 and 2018.

“Mr. Lambert took his money and did nothing,” Caproni said, per the Daily News. “Mr. Lambert did not even have the common decency to make up an excuse and tell the victim to hire another attorney.”

The report also stated that Tuesday’s proceedings revealed that Fournier had been cooperating with federal prosecutors in the case.

Lambert, who never attended law school and was enrolled as an undergraduate in North Carolina at the time the scheme began, went so far as to create a website for the fake law firm and an attorney profile for the fictitious Pope.

The firm’s site claimed it specialized in corporate law, real estate, and management consulting and had overseen more than 11,600 corporate cases with a 98-percent success rate. Pope’s attorney profile claimed he graduated from NYU School of Law and had 15 years of corporate and patent law experience.

“Through this background Eric has stretched across many states, countries and different fields of expertise,” the profile read. “He is sought after for his experience with financial and corporate matters due to his ability to mitigate legal scenarios while keeping the growth of his clients business a focal point.”

Lambert reportedly apologized to the court, saying he “lost focus” of who he was.

“My ignorance was a disrespect to the law and my country,” Lambert reportedly said during the proceedings. “My life will be forever marked by this poor choice at a young age.”

Lambert and Fournier were classmates at Campbell University in 2015 when they first founded “Students for Trump,” which started as a Twitter account dedicated to getting then-candidate Donald Trump elected president. The group quickly blossomed, with hundreds of chapters popping up on campuses across the country before it was acquired by Turning Point USA in 2019.

Lambert’s attorney, Gary A. Peters, told the Daily News he was “disappointed” with the sentence, adding that his client was no longer a Trump supporter.

Law&Crime reached out to the U.S. Attorney’s office for the Southern District of New York for more information about Fournier, who does not appear on the public docket in that jurisdiction. A representative there did not respond by press time.