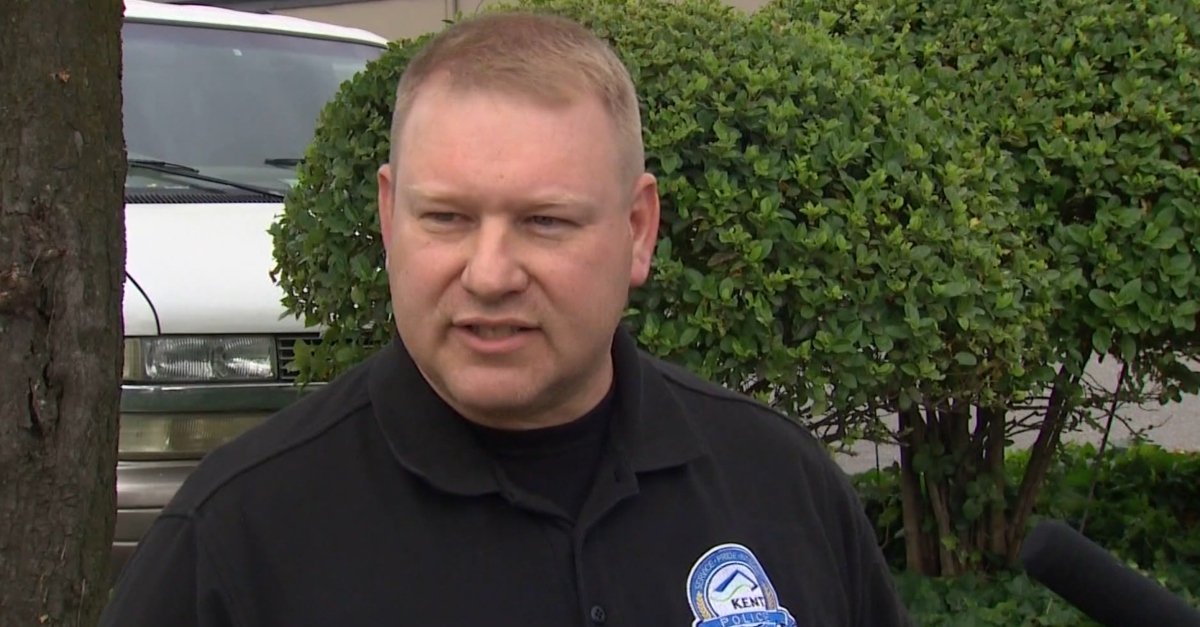 The city of Kent, Washington, will have to pay a hefty chunk of change to split with a former high-ranking cop after he posted a Nazi insignia on his office door. Derek Kammerzell, who used to serve as an assistant police chief overseeing the patrol division, is set to get $1.520,000, according to The Seattle Times. Outright firing Kammerzell was apparently going to be difficult. City officials determined that he would have gotten his job back, including back pay, under federal and state laws if he sought reinstatement through arbitration.

He posted the insignia of a Obergruppenfuhrer–a high-ranking member of the Nazi-era Schutzstaffel (SS)–knowing what it meant, according to a reported internal investigation. He had also made a joke about the Holocaust, in which he said his grandfather died there by getting drunk and falling out of a Nazi guard tower, investigators said.

An assistant police chief in Kent, Washington, posted Nazi insignia on his office door, above his nameplate.

The oak leaves and diamonds signified the rank of “obergruppenführer” in Hitler’s Schutzstaffel, or SS.

A detective originally filed a complaint about the insignia. Kammerzell was originally suspended for two weeks without pay. Kammerzell’s union attorney Dave Luxenberg wrote in July 2021 before the original suspension that his client was a “sacrificial lamb” to city politics.

Locals, including members of the Jewish community, called the two-week punishment insufficient.

Kent Mayor Dana Ralph said in January that they took the incident seriously from the start.

“But it’s a fair statement that we really underestimated the reaction, what would happen,” she told the Times.