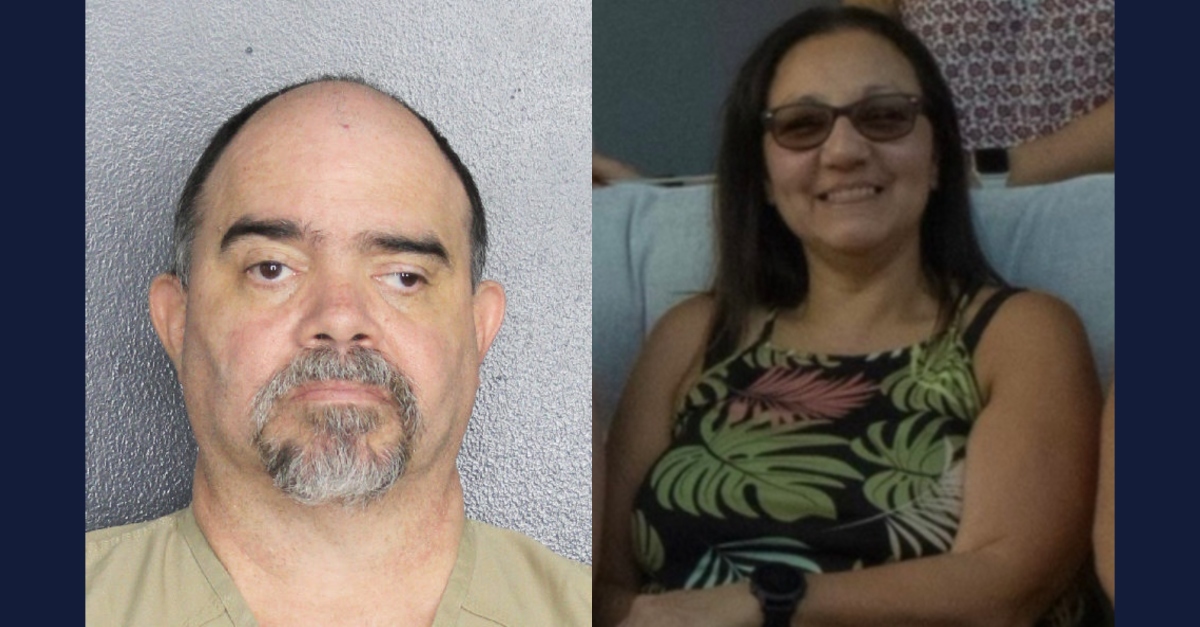 Deputies in Broward County, Florida, now say they know what happened to missing woman Irene Lanning Xeniti, 53. Her husband Ian Andrew Lanning, 54, killed her, they said in a news release on Sunday.

Her daughter reported her missing on May 30, officials said. Investigators claim that defendant Lanning had previously asserted Xeniti left home after an argument further back on May 14. He allegedly said he had not heard from her since and that she had not returned home.

“Prior to the alert being issued, detectives responded to Xeniti’s home located at 32 N.E. 23rd Avenue in Pompano Beach, where she lived with the suspect,” deputies said. “Preliminary investigation revealed detectives made contact with Lanning, who stated the victim had left the home on May 14 following a verbal dispute. The suspect then informed investigators that the victim had not returned to the residence since and that she had not made contact with him.”

Detectives with the sheriff’s office missing persons unit looked for Xeniti, but eventually transferred the case to homicide on June 2. Investigators said they figured out that her phone was in the area of the couple’s home at approximately 1 a.m. on May 21. Wife and husband also traveled in the same area on May 20, deputies said.

Authorities have previously said May 21 was the day of Xeniti’s last known whereabouts around Atlantic Boulevard and Federal Highway in the city of Pompano Beach.

Detectives say circumstances surrounding the disappearance of Irene Xeniti are a cause for concern. She has been missing for about 2 weeks. She was last known to be in the area of Atlantic Blvd/Federal Hwy in Pompano on 5/21/22. More info: https://t.co/zqMX3W64Ov @crimestoppers2 pic.twitter.com/llJSJOUjTH

“During the search, investigators located evidence that suggested Xeniti had been murdered in the couple’s home and that her body had been disposed of in an unknown location,’ deputies wrote.

Detectives are asking anyone with information regarding this case or the whereabouts of Xeniti’s remains to contact BSO Homicide Det. Ryan Schnakenberg at 954-321-4200. If you wish to remain anonymous, please contact Broward Crime Stoppers at 954-493-TIPS (8477), online at browardcrimestoppers.org or dial **TIPS (8477) from any cellphone in the United States.

Online records show defendant Lanning is locked up without bond at the Broward County Jail on a count of first-degree murder. He has no attorney of record.