A 19-year old wanted on capital murder charges in Texas for allegedly shooting two people last month led police on a video game-style high-speed car chase through heavy traffic in southern Dallas. The attempt to flee included a collision and a long-distance sprint before the defendant was ultimately apprehended.

Following the chase, officers with the Dallas Police Department arrested Jamail Martin, who is accused of fatally shooting a man and a woman at the Eagle Pointe Apartments on Gannon Lane on Sept. 9. Dallas ABC affiliate WFAA reported that the female victim was pronounced dead at the scene earlier last month and the male victim died at the hospital. Neither victim was identified by the county medical examiner. 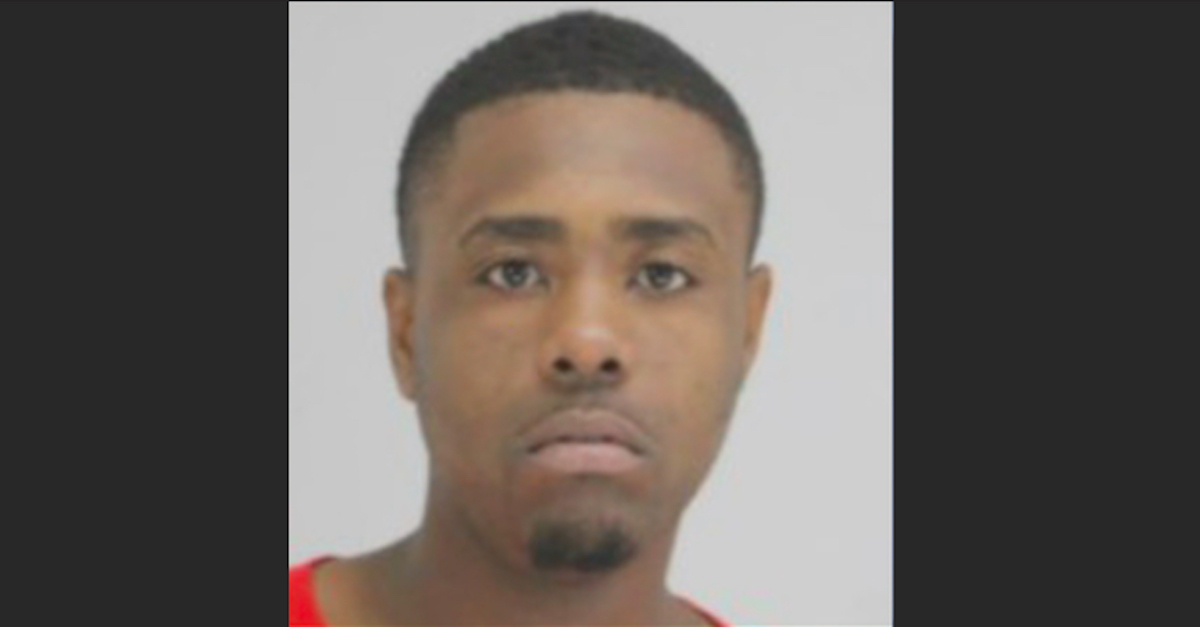 According to a report from Dallas FOX affiliate KDFW-TV, police attempted to stop Martin near Interstate 20 and Highway 67 in the Red Bird neighborhood when he allegedly sped onto I-20 heading east at speeds that reached over 100 miles per hour.

Footage of the chase posted online shows Martin weaving in and out of heavy rush hour traffic as he blows through red lights and passes other cars by sometimes driving on onto the grass that lined the side of the highway.

His high-risk moves helped put an end to the automobile portion of the chase. Martin’s four-door grey sedan can be seen trying to pass a pickup truck with an attached trailer on a service road that runs parallel to the highway by driving slightly onto the grass to go around the left side of the vehicle. The tires on the left side of Martin’s car hit the dirt. He lost control of the vehicle and smashed into a car in front of him. Both vehicles entered into uncontrolled spins.  The car with which the suspect collided slammed into a fence that lined the highway.

When Martin’s car gave out about 100 feet down the road, he can be seen getting out and sprinting for nearly a minute until he reaches a nearby trucking company. He tried to open the first set of doors he reached but they were locked. He then saw someone leaving the building through a different set of doors and slipped in.

Police were right on his heels and followed him into the building — eventually bringing him out in handcuffs about a minute later.

The driver who Martin pushed into the fence was described as “surprisingly upbeat” when he spoke to KDFW about the incident.

“I literally just left work — didn’t even make it 30-40 feet. I see a car in my rear-view coming full speed hit me so fast all I had time to do was look at it and then get hit,” Gurienderpal Ghag told the station.

He said it also helped that he inadvertently assisted police in capturing a suspected murderer.

“Made me feel better about myself, feel like I did that good deed for the day,” he said while laughing.

Martin was taken into custody and charged with evading arrest. He was booked into the Dallas County Jail, and his bond was set at $600,000.

Per WFAA, police are still investigating the motive surrounding the Sept. 9 shooting.

[mugshot via the Dallas County Jail; featured image of chase via KDFW screengrab]