California Teacher Faces Sexual Assault Charges After Girls Enlisted a Boy to Help Prove He Was Targeting Them for Hugs: DA 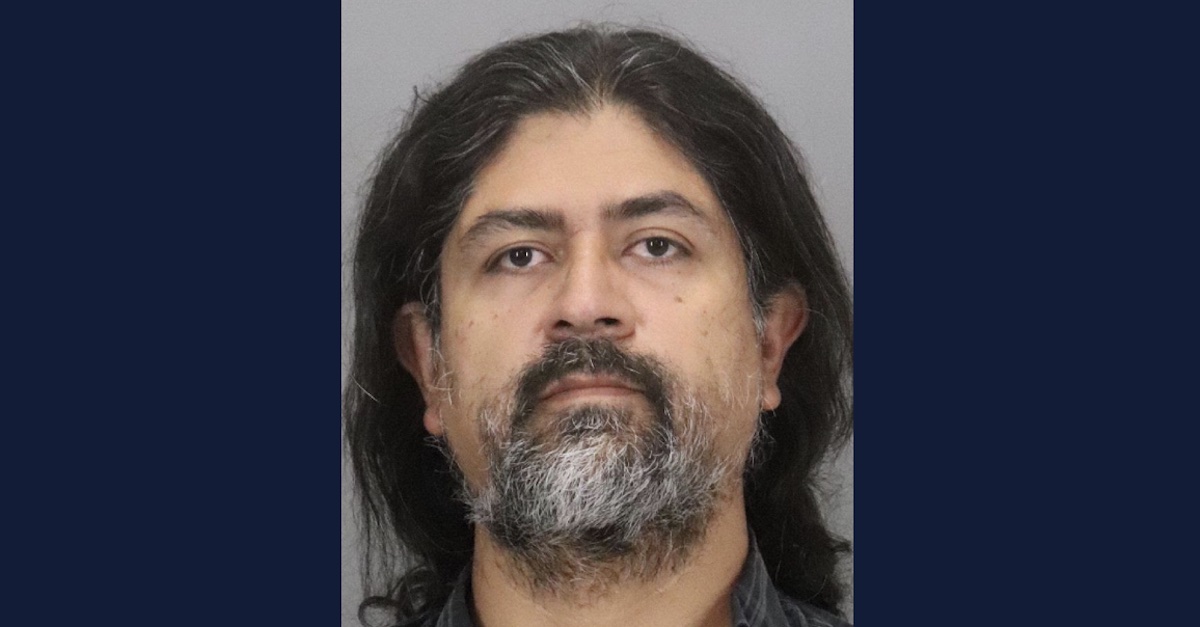 Israel Alejandro Santiago, 43, is accused of sexually assaulting girls while a music teacher at the Adelante Dual Language Academy in San Jose, California.

Prosecutors say young girls suspicious that their music teacher was perversely targeting them enlisted a boy to ask for a hug. The teacher allegedly gave the boy a telling “fist bump” instead.

Israel Alejandro Santiago, 43, will spend Thanksgiving in jail after being arrested Nov. 18 and held without bond. He appeared in court Tuesday on 11 sexual assault charges involving girls between the ages of 9 and 11 while a teacher at Adelante Dual Language Academy, a public K-8 Spanish immersion school in the San Jose’s Alum Rock Union School District.

Santiago’s is the second sex crimes case against a school music teacher announced in California in the last two days, with the Orange County District Attorney’s Office announcing charges on Monday against Sonny Angel Cabugao Boloico, 39, for allegedly sexually assaulting a teenage girl and recording her while she was nude. He is a former director at a children’s ministry who also worked with elderly people and was a music teacher, dance instructor, drama teacher, creative arts director and after-school program leader, the DA’s office said.

Like Santiago, Boloico is in jail. Santiago also is on leave from his job teaching band and music at the Adelante school; school officials were unavailable for comment Wednesday during the district’s scheduled holiday break.

“It’s mystifying when people misuse their positions of authority and trust over small children,” Santa Clara County District Attorney Jeff Rosen said in the release. “My Office will come down with the full weight of the law on those who abuse children.”

“The suspect, who is 6 foot 4 inch tall and weighs 285 pounds, would often hold the girls on his lap and hug them tightly to his body,” the DA’s office said. “The children reported feeling extremely uncomfortable.”

Police responded to the school on Nov. 7 “for an investigation involving an adult teacher having inappropriate contact with several minors at the school,” according to a press release from the San Jose Police Department. Detectives with the Internet Crimes Against Children and Child Exploitation Detail spoke with “at least 10” students who described being touched inappropriately by Santiago, according to the release.

Santiago’s alleged crimes include “cupping” girls’ buttocks “while hugging them on his lap.”

“In one case he stroked the bare skin of a fourth grader’s back, underneath her bra strap,” according to the DA’s office.

Santiago was arrested Monday, Nov. 21 in Morgan Hill, about 20 miles south of San Jose, on warrant after detectives sent their case to the Santa Clara County District Attorney’s Office. They believe Santiago could have more victims because of his “position as a music teacher,” and they’re asking anyone with information to call or email Detective Zanotto or Detective Gutierrez at [email protected] and/or [email protected] or 408-537-1381.