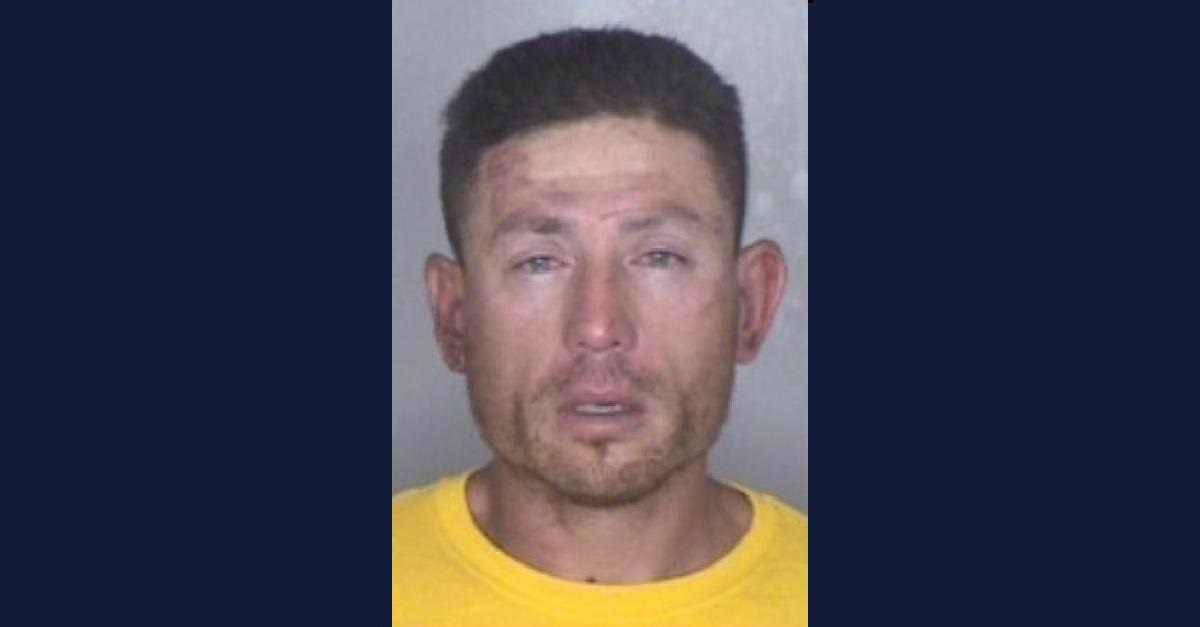 Jurors convicted a California man with murdering three women, and trying to kill two men in a spate of violence. The scope of the horror had prosecutors calling Ryan Scott Blinston, 38, a “serial killer.”

He encountered three of the people through his work at a tree-trimmer, according to the Butte County District Attorney’s Office in their announcement Tuesday. Blinston would then return to their residences to kill them. All five people sustained slashes to their throats in the pattern of violence across May and June of 2020, authorities said.

The victims were either elderly or middle-aged. Slain victim Loreen Severs was 88 and her husband Homer Severs, who survived the attack but later died of an unrelated illness, was 91.

Sandra George, who was a tree-trimming client just like the Severs, was 82.

The remaining people knew Blinston in their personal lives, according to prosecutors. The DA’s office described Vicky Cline, 57, as an acquaintance. The final victim–the lone surviving person after all this time–was a 50-year-old man who was living with Blinston at a motorhome, deputies have said.

“Butte County Deputy District Attorneys Niels Bringsjord and Mark Emmons called 35 witnesses to testify against Blinston including experts in DNA and cellphone GPS technology, as well as forensic pathologists and an anthropologist,” prosecutors wrote. “Hundreds of pieces of evidence, including photos, diagrams, surveillance videos, phone data, and business records were given to the jury.”

Blinston belonged to a crew that serviced the Severs’ home in the community of Los Molinos on May 18, 2020. He returned four days later for an apparent “scouting trip,” before coming back to his city of Oroville, prosecutors said, citing cellphone GPS evidence. Blinston arrived at the couple’s home one more time on the 23rd, this time to kill them.

“Both had their throats cut,” prosecutors said. “Homer survived the attack, but later died of an unrelated illness in December of 2020.”

George’s death unfolded much the same way. Blinston belonged to a tree-trimming crew working for her in Oroville on June 4, 2020. As before, he returned to the residence alone, and killed her. As in the other case, he slashed her throat.

Prosecutors made note that the tree-trimming company that Blinston worked for was cooperative in the investigation and prosecution.

He murdered acquaintance Cline, who was last seen with him on June 6, 2020 in downtown Oroville. Blinston set fire to her car, but investigators tracked him down from blood and DNA evidence, prosecutors said.

“Her body was later discovered by a fisherman in the Feather River near Belden on June 21, 2020,” prosecutors said. “Damage to her throat was consistent with the other victim murders.”

SWAT officials were on their way to a Brush Creek motorhome to arrest Blinston on June 14, 2020 for the arson, but as previously reported, they said they arrived to find him banging on the residence with a hatchet. He was trying to get back in after slashing a 50-year-old man’s throat inside.

Deputies have said that the unidentified 50-year-old man told them Blinston suddenly attacked him in his sleep and cut his throat.

Prosecutors in Butte and Tehama County agreed that Butte County jurors would hear the allegations.

Blinston was convicted of three counts of first-degree murder, two counts of attempted first-degree murder, and a count of arson, prosecutors said. He faced a mandatory sentence of life in prison without parole. Sentencing was set for Wednesday, but online records show the hearing was vacated and rescheduled for June 13.