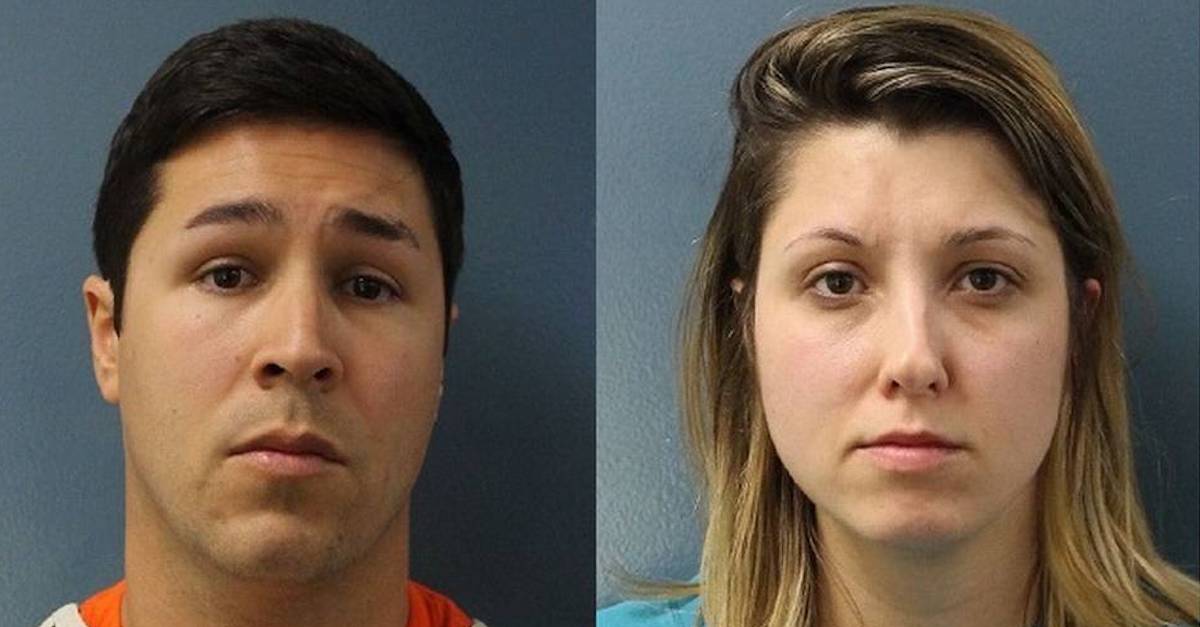 A state judge in California on Friday formally sentenced a married couple for killing their 3-month-old daughter in 2014. Daniel Ramirez and Angela Jimenez-Ramirez, both 35, both received prison sentences for their roles in newborn Madelyn Ramirez’s death, prosecutors announced.

Earlier this year, a Tulare County jury found the mother and father guilty on one count each of felony involuntary manslaughter and felony child abuse as well as the special allegation of committing willful harm or injury resulting in death. Daniel was also found guilty of the special allegations of causing great bodily injury.

According to the Tulare County District Attorney’s Office, Daniel and Angela on Oct. 12, 2014 brought their daughter to the emergency room at Kaweah Delta Medical Center in Visalia. Shortly after arriving at the facility, the child became unresponsive. Due to the severity of her condition, doctors ordered the baby to be airlifted to Valley Children’s in Madera for more specialized care.

Madelyn clung to life for several days but was pronounced dead on Oct. 16, 2014 after she was removed from life support.

Prosecutors said the child sustained a series of brutal injuries and was suffering from “multiple fractures in several areas of her body.” An autopsy determined that the manner of death was homicide.

Daniel Ramirez was sentenced to 13 years in a California state prison. He is still in custody and will soon be transferred to the California Department of Corrections to serve out the remainder of his sentence, per the district attorney’s office.

Angela Jimenez-Ramirez received a sentence of eight years in prison, though because she began accruing credit for time served in 2016, she has already been released from custody.

“Due to sentencing guidelines and custody credits, Angela Jimenez-Ramirez was released from custody by the court for time served at a hearing following the jury conviction,” prosecutors said in the release.

As previously reported by Law&Crime, both parents pleaded not guilty to the charges and maintained their innocence throughout a series of twists and turns in the legal proceedings.

The two were originally arrested in October 2015 on murder charges. Local police spoke of bringing “justice” to the deceased child whose injuries were said to be “severe” and purportedly resulted in a homicide. Days later, however, the Tulare District County Attorney’s Office said there simply wasn’t enough evidence to sustain such charges, and the couple was released.

“At this point, when we look at it as prosecutors as opposed to police officers, who have a different standard than we do, we need more information,” then-assistant district attorney Anthony Fultz, who is now an elected judge in the area, told local ABC affiliate KFSN back in the fall of 2015.

The couple were formally indicted in February 2016.

“The case, we believe as it is, is a strong case and again the district attorney is merely asking for further clarification and further information to be presented so we are going through the necessary means to do that,” Visalia Police Department Sergeant John Pree responded at the time.

The police were adamant about the couple’s culpability, but prosecutors ultimately secured a lower manslaughter conviction, as noted above.

The couple’s trial was slated to begin in January, but the case was upended yet again when new information appeared by way of a second autopsy report. The original autopsy, by Dr. Gary Walter, determined the girl’s death was a homicide. But Walter recently died, and a pathologist brought on in his place testified that Madelyn died from blunt force trauma to the head, but said the manner of death was undetermined.