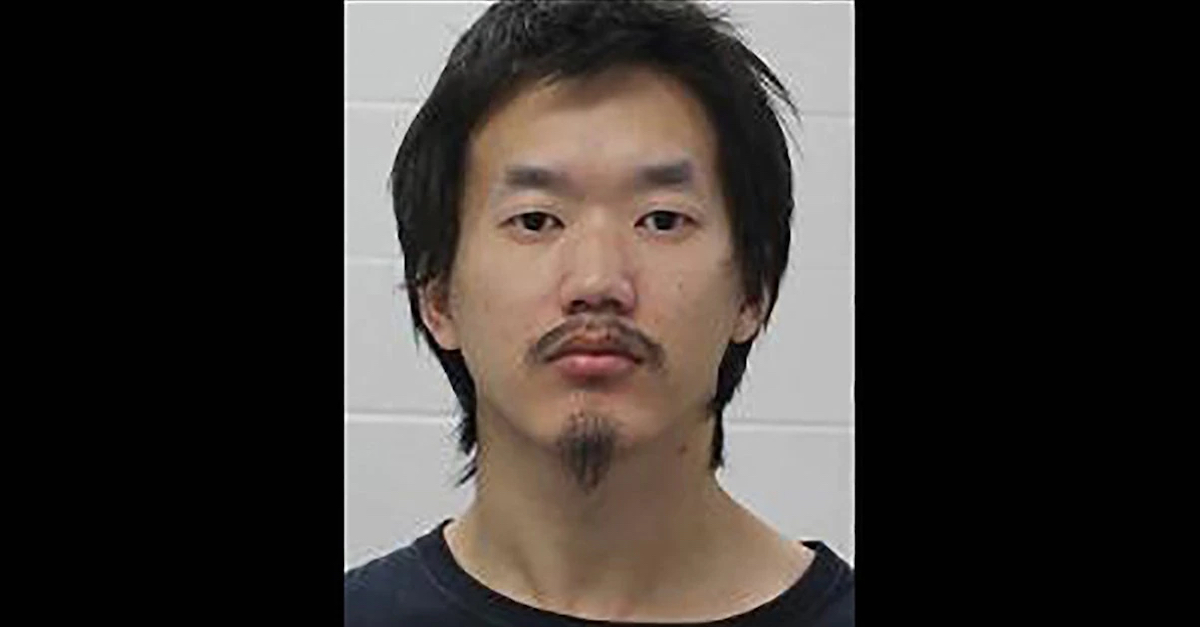 A California man who was pulled over for “driving aggressively” last week was arrested after allegedly telling police he had compiled a “hit list” and was on his way to the White House to “kill persons in power.” Kuachua Brillion Xiong, 25, was in possession of an AR-15-type assault rifle, body armor, and a grappling hook, among other items, when he was taken into custody in Iowa.

According to a criminal complaint, filed on Dec. 21 in the U.S. District Court for the Southern District of Iowa and unsealed Wednesday, Xiong initially told a deputy with the Cass County Sheriff’s Department that he had recently been fired and was traveling to D.C. to “take pictures of the White House.”

The conversation then appeared to take a strange turn, with Xiong allegedly railing about the state of politics in the nation’s capital, rattling off right-wing conspiracy theories, and telling the deputy that “getting a hotel would not be necessary” for his trip.

“Xiong began to attempt to control the conversation and began talking about his disapproval for government due to the sex abuse of children, some of which that has occurred by President [Joe] Biden,” the complaint states.

During a consented search of the vehicle, deputies found the AR-15 style rifle, body armor, several loaded magazines, and noted that his GPS destination was the White House. Deputies also allegedly found money that was specifically “ear marked for Xiong’s funeral expenses,” leading them to bring him in for questioning.

In an interview with Secret Service agents, Xiong allegedly said that his job at a grocery store in Merced, California was merely “cover” until he was “called upon by God to ‘combat evil demons in the White House,’” the complaint states.

“XIONG believes that he is the only person remaining who can free the United States of evil and it is necessary for him to kill those in positions of power. It is at this time XIONG began assembling the equipment needed to carry out his plan to kill those in power: an assault rifle, assault rifle magazines, ammunition, body armor, medical supplies, dark clothing, grappling hook, food, and cash,” the document continues.

Xiong allegedly allowed authorities access to his phone which contained detailed notes dating back to October that appeared to show how he meticulously planned his excursion to Washington, D.C. He also allegedly provided agents with a drawing of the White House grounds and what he perceived to be a “weak spot” in the security. He said he identified the spot during his “pre-attack research,” per the complaint.

“XIONG told investigators that he departed his home near Sacramento, CA on or about Saturday, December 18th 2021 with the intention of driving straight to the White House in Washington, DC to kill persons in power,” the complaint states.

“XIONG stated that he used the mobile application TikTok to download videos to his cellular phone. XIONG used the downloaded videos to compile a list of evil individuals he intended to kill, which included but is not limited to the following politicians and public figures: Bill Clinton, Barack Obama, Dr. Anthony Fauci, and Mark Zuckerberg. XIONG added that he would kill President Joseph Biden unless he promised to comply to XIONG’s demands.”

Xiong allegedly said he planned to use the grappling hook to traverse the perimeter fence and then gain access to the White House. Towards the end of the interview, he allegedly said that “nothing would stop him” from carrying out his plot to kill all of the people on his “hit list.”

“He added that if released from custody he would immediately resume traveling to the White House in Washington, DC and ‘do whatever it takes’ to complete his plan,” the complaint states. “XIONG stated that he has no intention of returning to California to see his family because he plans on dying while fighting evil demons at the White House.”

Xiong was charged with one count of making threats against a former President of the United States. He is currently being held in Pottawattamie County Jail and is scheduled to appear before a federal judge on Thursday.