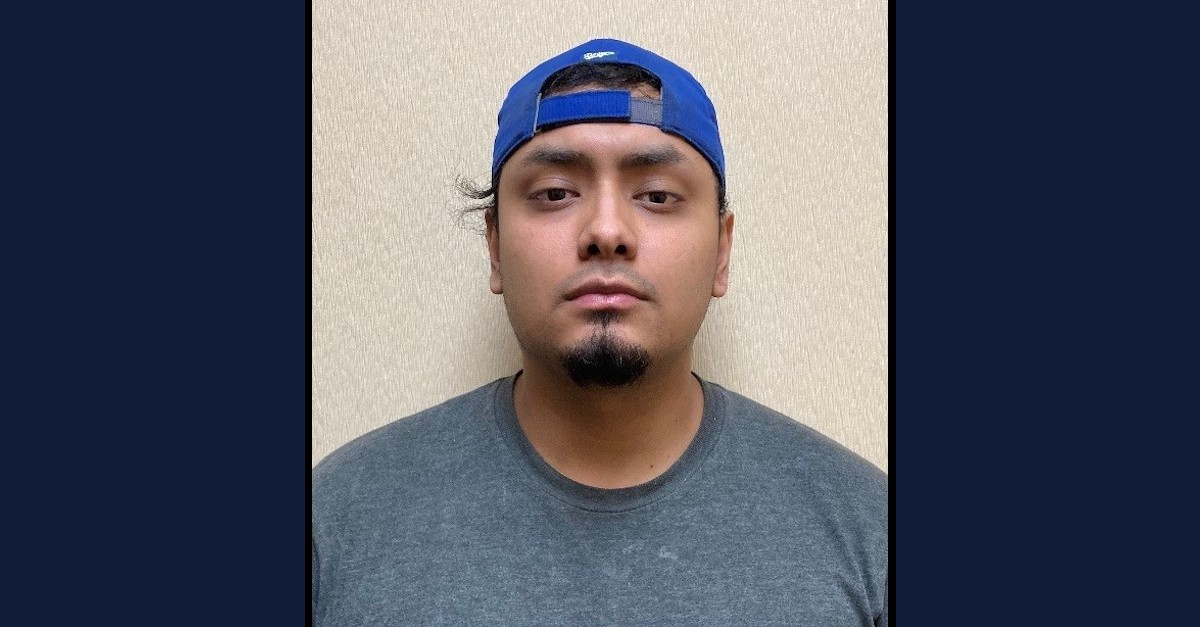 A California man is charged with murder and child abuse in connection with the death of his 2-month-old daughter, the Turlock Police Department announced on Friday.

The case unfolded when Joseph Alexander Rendon, 23, brought his injured daughter to the Emmanuel Medical Center in Turlock at about 4:30 in the afternoon on Wed., April 13.  Rendon allegedly told the staff at the facility that his little girl had “unexplainably stopped breathing” while at home, the police department said in a press release.  The daughter was not named in the document.

“Although lifesaving measures were performed at the hospital, the infant was not able to be revived and was pronounced deceased,” the police said.

Staff at the hospital suspected child abuse was the cause of the infant’s demise and called the authorities, the police indicated. An April 14 autopsy revealed “serious injuries which pointed to severe child abuse,” the police added.

Search warrants were reportedly secured “[w]ithin hours” for the defendant’s house and vehicle.  The authorities did not announce the fruits of those searches, nor did the police detail the results of an interview they called “voluntar[y].”

“After the interview,” the police said in conclusory fashion, “Rendon was arrested and booked at the Stanislaus County Jail on murder and child abuse charges.”

The police chief said the little girl’s passing took a toll on the officers who investigated the matter.

“This is devastating and difficult to understand why this happened,” said Police Chief Jason Hedden.  “Our thoughts and prayers are with the child’s family during this difficult time. These cases have an emotional impact on our officers and everyone involved in these types of investigations. We can only pray that the arrest of Joseph Rendon brings some sense of healing to the family and community.”

According to jail records, a defendant matching Rendon’s first name, last name, and age was arrested on April 14 on charges of murder and child abuse.  That defendant listed in the jail records is being held without bail, those same records indicate.

A rudimentary online database of Stanislaus County court records does not yet show an active docket in the murder and child abuse matter.  The jail records which appear to be linked to the case also do not show an active court case number at this early stage.

However, the jail records for Rendon do show a court date of Tuesday, April 19, in what appears to be a drunk driving case.  Court records linked to that case indicate that the upcoming hearing involves an alleged probation violation.  The underlying drunk driving matter dates back to Jan. 11, 2021, the court file indicates.

Citing court records, the Modesto Bee reported that Rendon “had a DUI conviction last year” but has no “other criminal history in Stanislaus County.”

“He was supposed to surrender last month to serve a 7-day jail sentence for the DUI,” the newspaper said, “but it is unclear whether he did that.”

Turlock is just south of Modesto and is about an hour and a half east of the San Francisco Bay area.

[Editor’s note:  this piece has been updated to clarify that the defendant’s middle name is Alexander, not Anthony.  The original version of the piece used both middle names; it clearly indicated that one was provided by the police department while the other was contained in jail records.  In response to a Law&Crime request about the accuracy of the available records, the Turlock Police Department clarified that the defendant’s middle name is Alexander.]