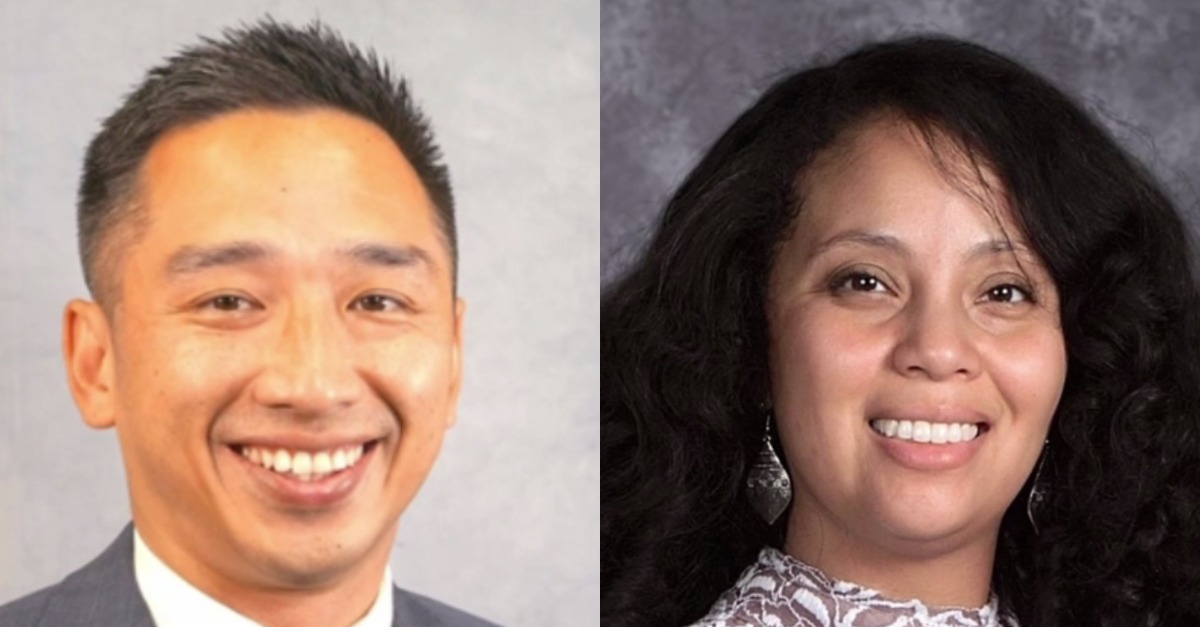 A pair of assistant principals at a California high school have been charged in connection with a child abuse scandal after allegedly failing to report sexual assaults committed against three students.

The charges were leveled against the administrators one day after the Rialto Police Department first publicized an investigation into an alleged serial sexual abuser, who is said to attend the school.

Police claim one of those three victims first reported the alleged abuse to school officials in September 2021 but that “no notification was made to the Rialto Police Department until February 16th.”

The alleged victim who claims to have been repeatedly sexually assaulted said she first brought her concerns to school officials in November of last year. The third alleged victim never made any such report.

According to police, the student suspect was issued a citation and released into his parents’ custody pending the filing of criminal charges against him, KCAL reported earlier this week.

“The reason for the delay in reporting from school officials to the police department is also under investigation,” police added in a press release.

“The safety and well-being of students is our number one priority,” Rialto Unified School District spokesperson Syeda Jafri said in a statement to the East Bay Times. “Accordingly, these allegations are taken with extreme seriousness. The district will continue its internal investigation until all the facts related to this matter are brought to light.”

“We will also continue to work with local authorities as they conduct their own investigation,” Jafri added.

“In addition, criminal charges have been recommended to the San Bernardino County District Attorney’s Office for review regarding the failure of two school officials to report the incident in accordance with California state mandated reporting laws,” the police statement added.

“In this case, the Assistant Principals’ failure to report sexual assault on their campus erodes the trust that students and parents alike should have regarding the safety and protection of all the children in their care,” the prosecutor said in a statement obtained by KCAL. “Their failure as mandated reporters to notify law enforcement lead to further victimization of two students, and the sexual assault of a third victim, which was preventable.”

The assistant principal defendants were charged with one felony count each of child abuse and two misdemeanor counts each of failure of a mandated reporter to report child abuse or neglect.

Such reports “shall” be made by such reporters “by telephone to the agency immediately or as soon as is practicably possible,” the law on point notes, and, in any event “shall prepare and send, fax, or electronically transmit a written followup report within 36 hours of receiving the information concerning the incident.”