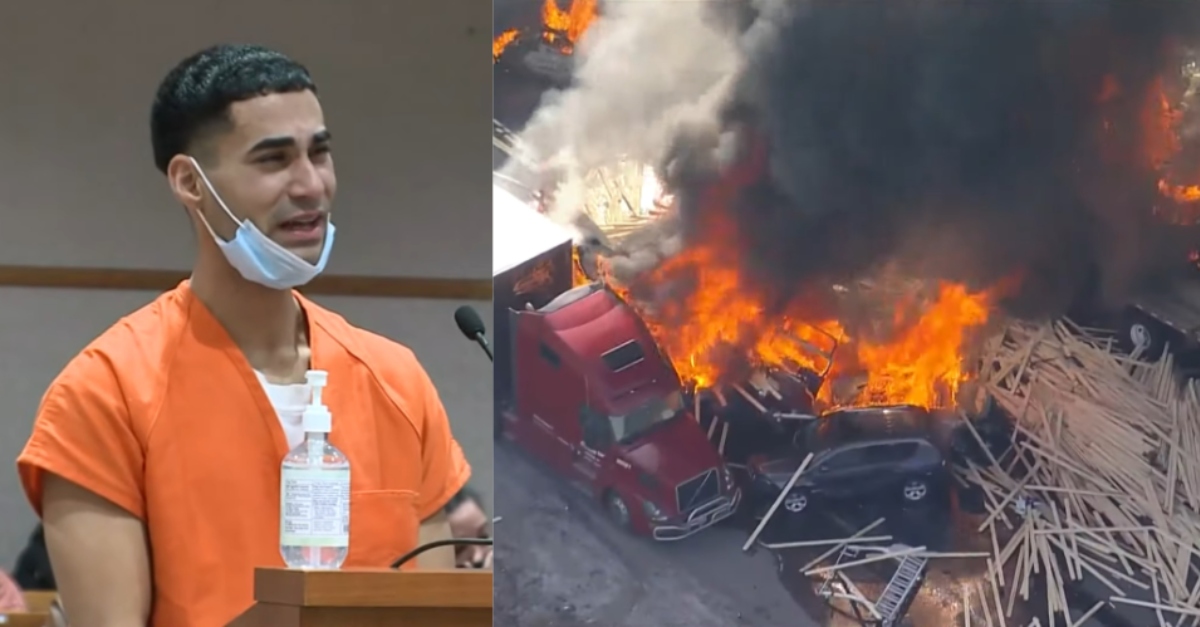 The brother of a man killed in a 2019 highway crash is criticizing Colorado’s governor for how he commuted a truck driver’s sentence in the tragedy. Duane Bailey called Gov. Jared Polis a “despicable human being,” arguing that the new 10-year sentence is way too lenient, and asserting that the politician timed the commutation amid a local catastrophic wildfire, according to KCNC.

“The governor put himself above the law by not letting the court proceedings finish out,” he wrote. “There was a hearing scheduled on January 13th to reconsider his sentence. The governor should have let that hearing take place.”

Aguilera-Mederos appeared regretful at his sentencing, saying he repeatedly asked God why he survived and not the others. Even Judge Bruce Jones voiced mixed feelings about having to sentence him to 110-years in prison. Though he said the trucker should take responsibility for what happened, he said he wished the law allowed him to give a lighter punishment. He said his hands were tied, however. 110 years was the statutory minimum for a slew of charges including vehicular homicide, first-degree assault, and attempted first-degree assault.

The sentence, which would have effectively put Aguilera-Mederos in prison for the rest of his life, garnered outrage and made the trucker a cause célèbre.

In his decision to commute the sentence on Thursday, Polis said the 110-year punishment was disproportionate with other inmates in the system.

Duane Bailey argued on Saturday, however, that governor bowed to public pressure instead of letting the process play out in court.

“The governor has decided political and social media pressure is more important than the victims of this crash,” he said.

Though Bailey did not support a 110-year sentence, he said that the 10 year punishment was not enough.

“We did not hear the 110 year number until minutes before sentencing,” he said. “Nobody thought that number was correct. We all agreed with the 20-30 years was what we could support.”

Bailey previously told KMGH that the situation has turned around to where people think Aguilera-Mederos is the victim, not the four people killed in the crash. Duane called his brother William a good person, the smartest he knew.

“I mean, I don’t even hold a candle to him. Funny. He wrote poetry. He’s great at trivia,” he said. “I feel sorry that his life has been minimized to the point where nobody even seems to care anymore. Or at least, that’s the impression we’re getting.”