Boston College Student Who Texted Boyfriend Before His Suicide Pleads Guilty to Involuntary Manslaughter, Gets Probation 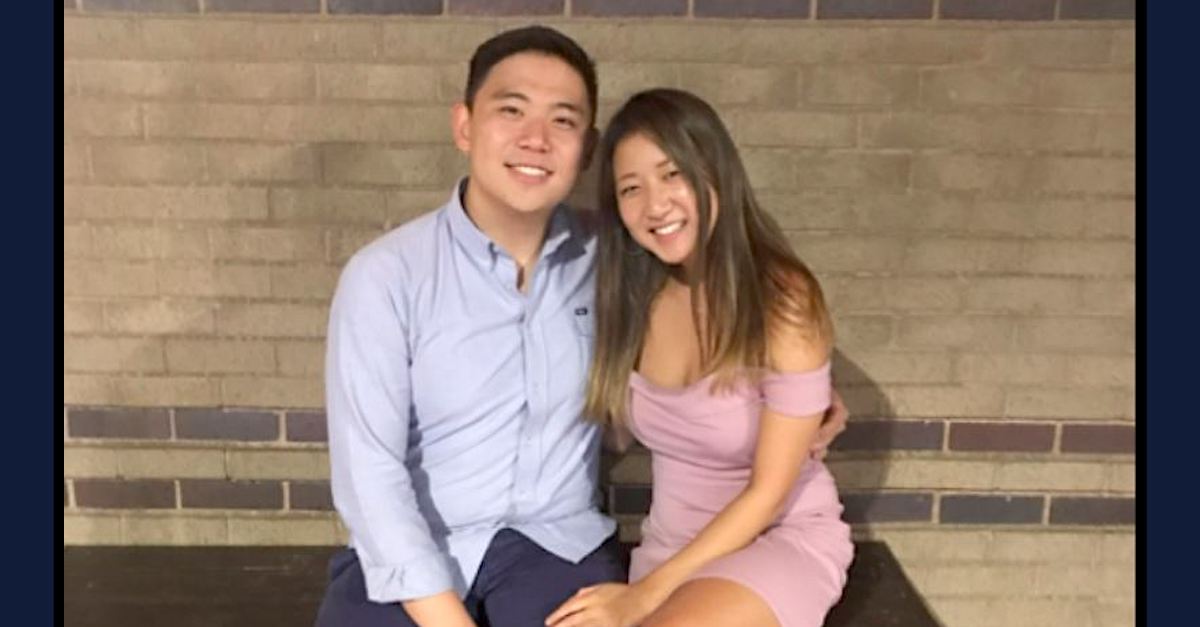 Inyoung You and Alexander Urtula appear in an image released by the Suffolk County District Attorney’s Office.

The former Boston College student whose boyfriend died by suicide the day he was supposed to receive his degree has pleaded guilty to involuntary manslaughter.

Alexander Urtula, 22, took his own life on May 20, 2019, the morning he was due to graduate from college with a biology degree. Prosecutors say that his girlfriend, Inyoung You, had tracked Urtula to the Renaissance Parking Garage near the Northeastern University campus and was there when he jumped to his death.

You, now 23, pleaded guilty Thursday to involuntary manslaughter. Under the plea deal, she received a suspended sentence of 2.5 years in prison — meaning that unless she violates the terms of her 10-year probation, she will not serve any time behind bars.

You admitted to “escalating and unrelenting verbal, physical and psychological abuse that she admitted in court directly contributed to Mr. Urtula’s suicide,” the Suffolk County District Attorney’s office said in a press release Friday.

An investigation into Urtula’s death determined that You and Urtula “were involved in a tumultuous, dysfuynctional, and unhealthy 18-month-long dating relationship, during which time Ms. You engaged in deeply disturbing and at times relentless verbally, physically and psychologically abusive behavior toward Mr. Urtula,” the DA’s office said

“The abuse became more frequent, more overwhelming, and debilitating in the days and hours leading up to Mr. Urtula’s tragic death,” the press release continued.

Prosecutors say that You’s “unrelenting abuse was witnessed by friends and classmates of both parties and documented extensively in text messages between the couple.”

The two exchanged more than 75,000 text messages in the nearly two months before Urtula’s death. More than 47,000 of those were sent by You, prosecutors say.

“Within these messages, Ms. You repeatedly told the victim that he should kill himself or die and waged a campaign of abuse that stripped the victim of his free will,” the press release said. “Evidence, including Mr. Urtula’s medical records, testimony of family members and friends, as well as Mr. Urtula’s own journal entries, illustrate that his suicidality began only as a result of Ms. Young’s near constant abuse.”

In issuing You’s sentence, Massachusetts Superior Court Judge Robert Ullman explicitly prohibited You from making any money from her involvement in Urtula’s death. The defendant will not be allowed to “directly or indirectly engage in any profit or benefit generating activity,” including book or movie deals, Ullman’s ruling said.

Grasso read a statement from Urtula’s family in court Thursday, the Globe reported.

“May 20, 2019, was to be a celebration of graduation and the beginning of his productive life,” the statement said. “But instead of him moving forward into the world, planning and enjoying the next steps, we, his family, abruptly found ourselves planning and attending his funeral. It was so very painful on the drive back home.”

“We bear no feelings of anger or reprisal. We believe that time will take us through in the moments we mourn and celebrate his life,” the family’s statement said, according to the Globe report.

In November 2019, representatives for You said that text messages between You and Urtula showed that You actually tried to convince Urtula not to take his own life.

“As soon as Ms. You understood that he was trying to commit suicide, Ms. You did everything she could to prevent it, calling, texting, pleading, begging, rushing over there,” defense attorney Steven Kim said in a statement, according to the Thursday Globe report. “Ms. You is a wonderful young woman who has deep deep remorse.”

Michelle Carter, another Massachusetts woman, was convicted in 2017 of the same crime — involuntary manslaughter — in the suicide death of her boyfriend Conrad Roy III, 18. Carter was 17 when she sent text messages to Roy encouraging him to take his own life; he died on July 12, 2014, by carbon monoxide poisoning.

Unlike You, Carter was not present when Roy died. Carter was released in 2020 after serving 15 months of a two-year sentence.

Carter was found guilty by a judge after a bench trial.

Ullmann said that he believes You’s case was different from Carter’s. Carter’s case was more specific and connected to the immediate cause of death, the judge posited, also according to the Globe report.