Baltimore Officer Taken Off Life Support One Week After She Was Ambushed and Shot in Her Vehicle: Police 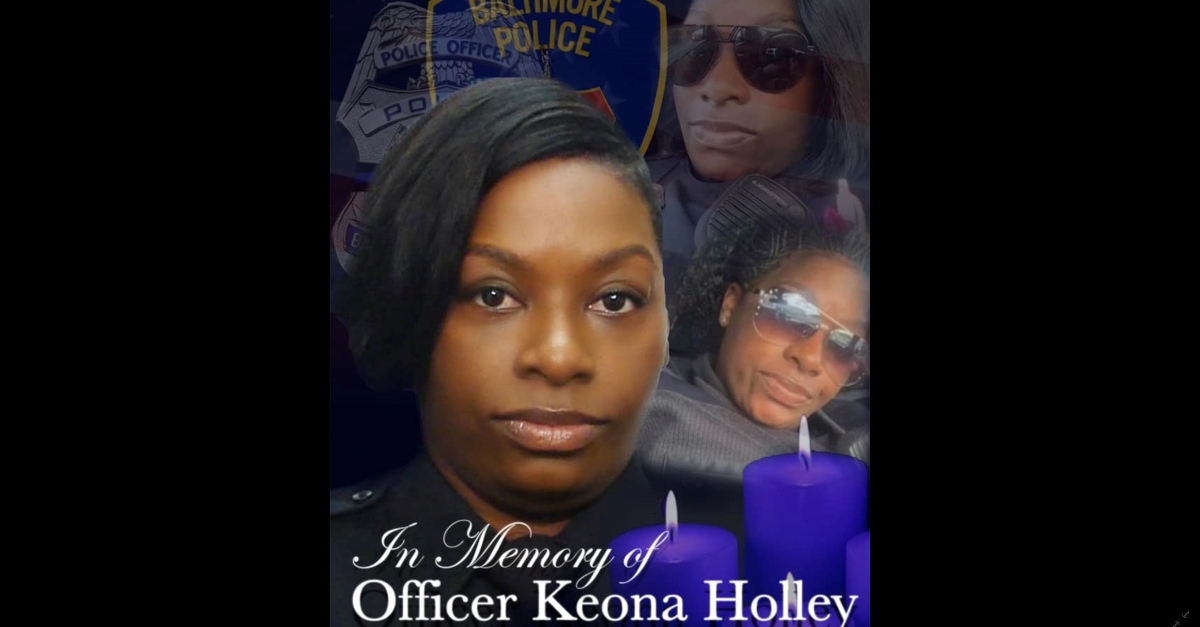 An officer who initially survived an ambush was taken off of life support, police announced Thursday. 39-year-old Keona Holley’s health had been “deteriorating over the last couple of days,” according to The Baltimore Police Department.

Authorities have said that Elliot Knox, 31, and Travon Shaw, 32, shot Holley on Dec. 16 while she was in her vehicle on Pennington Avenue, then soon killed Justin Johnson, 38, on Lucia Avenue. Like Holley, he was sitting in his vehicle.

“Her health has been deteriorating over the last couple of days and her family, in consultation with her doctors, has had to make the most difficult decision,” cops said of Holley’s condition. “Since Officer Holley’s shooting, Dr. Thomas Scalea and the medical staff at the Shock Trauma Center at the University of Maryland Medical Center have provided her with the best medical care in the world. The Baltimore Police Department thanks them for all of their efforts. However, it was Officer Holley’s valiant fight for her life, which has brought her this far. Her strength, courage and resilience are an inspiration to us all.”

Anyone who wishes to support her family can do so through the Signal 13 Foundation, officers said. Click on the “Donate” button, and write in the notes box or memo field of a written check, “In support of Officer Holley.”

“I offer my deepest condolences to the family, friends and colleagues of Officer Keona Holley, a devoted public servant who worked selflessly to protect our community,” Mayor Brandon Scott said. “Baltimore will never forget Officer Holley’s sacrifice and commitment to making a difference in her beloved city. I ask that everyone please keep Officer Holley’s family in your prayers as they endure the holiday season without their mother, daughter, sister and loyal friend.”

Justin Johnson was a father of five, according to WBFF. Loved ones held his funeral on Wednesday.

Shaw and Knox were respectively denied bond Monday and Tuesday. Knox claimed it was Shaw who killed both Holley and Johnson, according to court documents obtained by the outlet. In this version of events, Shaw said that Johnson owed him money.

[Image of Holley, and booking photos of Shaw and Knox via Baltimore Police Department]