Man Killed Wife, Then Tried to Die by Suicide: Cops

Christmas Eve Tragedy: Cops Say Man Killed His Wife, Tried to Die by Suicide While Their Children Were Home 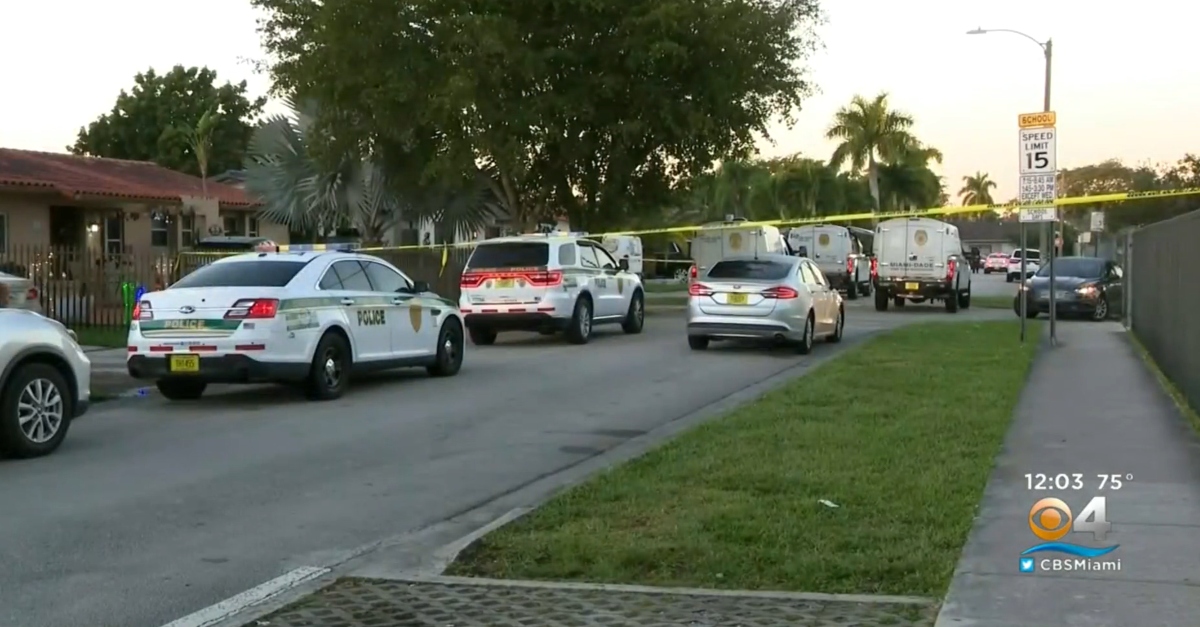 A man remains in critical condition after fatally shooting his wife and then shooting himself in an attempt to die by suicide, according to police in Miami-Dade County. Officers only identified the suspect as a 40-year-old man and the wife as a 37-year-old woman, according to WFOR-TV. The couple’s 13-year-old daughter and five-year-old son were both home when the incident happened, the cops added.

Police revealed the tragedy on Christmas Eve day. They said the shooting occurred around midnight between Dec. 23 and Dec. 24 in the backyard of a home in the 2000 block of SW 132nd Avenue. An elder sister called cops, but officers and fire rescue arrived to find the mother dead, according to authorities. The man who allegedly killed her survived. Officers did not report any other injuries.

A next-door neighbor told the television station that she heard the shooting as well as the aftermath.

“I heard a man yelling and then followed by another three or four gunshots, and immediately it became silent,” Dimary Cordero said.  “And then I heard the children screaming for mommy.”

A man reportedly fatally shot his wife and then tried to kill himself in the backyard of their SW Dade home overnight. The couple’s two children were in the home at the time of the shooting. https://t.co/LE7ohTj78Z

Officers did not detail what they believe preceded the shooting. They did not suggest a motive. They did not release the names of anyone involved.

Miami police did not immediately respond to a Law&Crime request for comment.