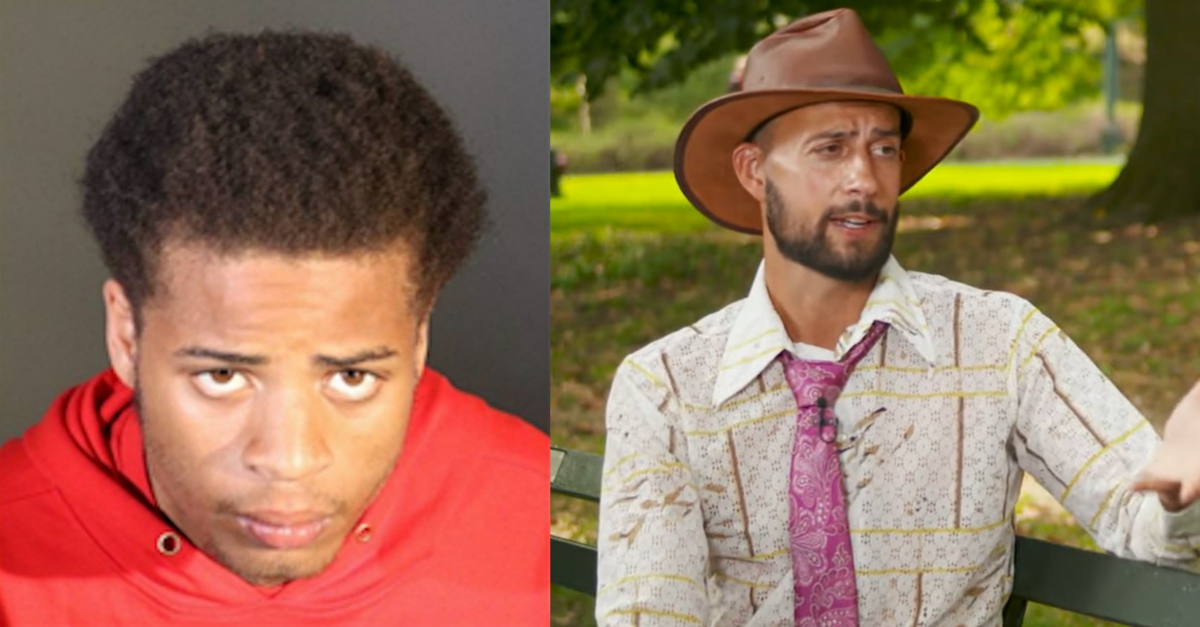 “On April 6, 2022, Suspect Jackson was erroneously released from custody due to a clerical error,” sheriff’s department officials said. “The two agencies worked together and spent the next four months extensively searching for Suspect Jackson. With the assistance of the Special Enforcement Bureau, investigators executed a search warrant on Apricot Drive in the city of Palmdale.  Suspect Jackson was apprehended without incident.”

Palmdale, California, is about an hour’s drive north of Los Angeles.

As seen on surveillance footage from February 2021, Fischer was walking three of the singer’s French bulldogs when a white sedan stopped at his side. Two individuals got out of the vehicle and began to struggle with Fischer. Authorities say it was Jackson who opened fire, striking the dog walker. The attackers took two of the canines, identified by Lady Gaga as Koji and Gustav. The third dog, Asia, escaped and went to Fischer’s side.

“4 days ago, while a car sped away and blood poured from my gun shot wound, an angel trotted over and laid next to me,” Fischer wrote during his recovery. “My panicked screams calmed as I looked at her, even though it registered that the blood pooling around her tiny body was my own. I cradled Asia as best I could, thanked her for all the incredible adventures we’d been on together, apologized that I couldn’t defend her brothers, and then resolved that I would still try to save them… and myself.”

“I continue to love you Ryan Fischer,” the singer previously wrote on Twitter. “You risked your life to fight for our family. You’re forever a hero.”

She also put up a reward for the return of the dogs.

My beloved dogs Koji and Gustav were taken in Hollywood two nights ago. My heart is sick and I am praying my family will be whole again with an act of kindness. I will pay $500,000 for their safe return. Email [email protected] to contact us. pic.twitter.com/3NY9u7Mw2K

Authorities have said Jennifer McBride, 50, claimed to have found the dogs, and she contacted a reward email to give the canines back to Lady Gaga. Officers said they learned, however, that McBride “had a relationship with the father of one of the suspects, Harold White.”

She and White were charged with being accessories to attempted murder.

Jackson was charged as the shooter. Jaylin White, 19, and Lafayette Whaley, 27, were also arrested on charges of attempted murder and robbery.

“The investigation revealed that James Jackson, Jaylin White, and Lafayette Whaley were involved in the robbery and shooting of the victim,” the Los Angeles Police Department said in a press release. “Detectives do not believe the suspects were targeting the victim because of the dogs’ owner. However, evidence suggests the suspects knew the great value of the breed of dogs and was the motivation for the robbery.”

Then came April 2022, when authorities say they accidentally released Jackson.

“While I’m deeply concerned at the events that led to his release, I’m confident law enforcement will rectify the error,” Fischer said in a statement back in April. “I ask for Mr. Jackson to turn himself over to the authorities, so resolution to the crime committed against me runs its course, whatever the courts determine that outcome to be. Thank you to everyone who is supporting me during this time.”

[Image of Jackson via U.S. Marshals; screenshot of Fischer via CBS]