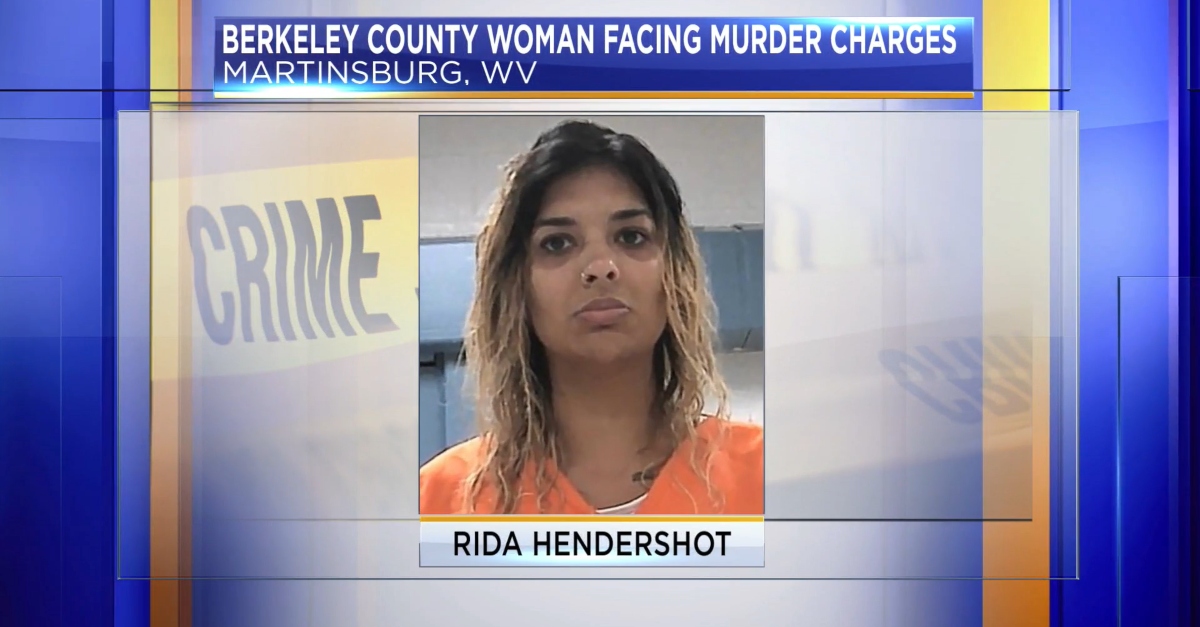 Authorities have identified the ex-husband of a West Virginia woman as the person she recently allegedly shot and killed.  Rida Shahid Hendershot, 30, faces first-degree murder charges after authorities believe she pulled the trigger and killed her ex-husband Matt Hendershot, according to WDVM-TV.

Authorities sketched out the evolving homicide case against Rida in a recent preliminary hearing. The incident happened back on May 25th in Kearneysville, a community in the extreme eastern tip of the state between Martinsburg and Harpers Ferry.  Rida shot Matt in the face from about six to seven feet away, authorities said.

“A shot went off from a weapon held by the female and struck the male subject in his face,” Sheriff Nathan Harmon said, according to the television station. “We’ll know a little bit more after the autopsy is done. We are looking at every angle of this incident to see if it was intentional or accidental.”

Defendant Hendershot was booked after the shooting for wanton endangerment and negligence when handling a loaded firearm. The case was bumped up to first-degree murder last month. Authorities at the time did not name Matt as the victim; they only said that that the victim and the defendant lived together.  The suspect and the victim argued via a social media platform the day before Matt died, authorities said. Deputies said Matt stated something about Rida moving out of the couple’s home.

Rida Hendershot allegedly changed her story about what happened.  She is said to have first told investigators she and Matt were moving guns from the living room to his room when a shot went off.  She allegedly said she was not sure what happened, asserted she was “normally good with shooting,” maintained she did not know he put a magazine in the normally empty gun, and that both she and he were in the kitchen. But Hendershot allegedly ended up saying that the victim was on his bed and that she was separately in the kitchen.

According to testimony at a preliminary hearing, the sheriff’s department pursued the murder case because of the gun’s particular safety feature.  Berkeley County Sheriff’s Deputy Amber Weidman said a thumb safety needed to be disengaged and a palm grip needed to be compressed in order for the 1911 pistol used in the incident to fire a bullet.

“Weidman also stated the gun in question was found in the kitchen without a magazine or a round in the chamber and had the hammer pulled back,” according to a WDVM report about the hearing.

A bullet shell casing was on the bed that Matt Hendershot was sitting on in Rida Henderson’s version of events, authorities also said.