Authorities Have Surveillance Video, But No Body Camera and No Dashcam Video, in Case of Arkansas Officer Dragged ‘149 Feet’ to His Death 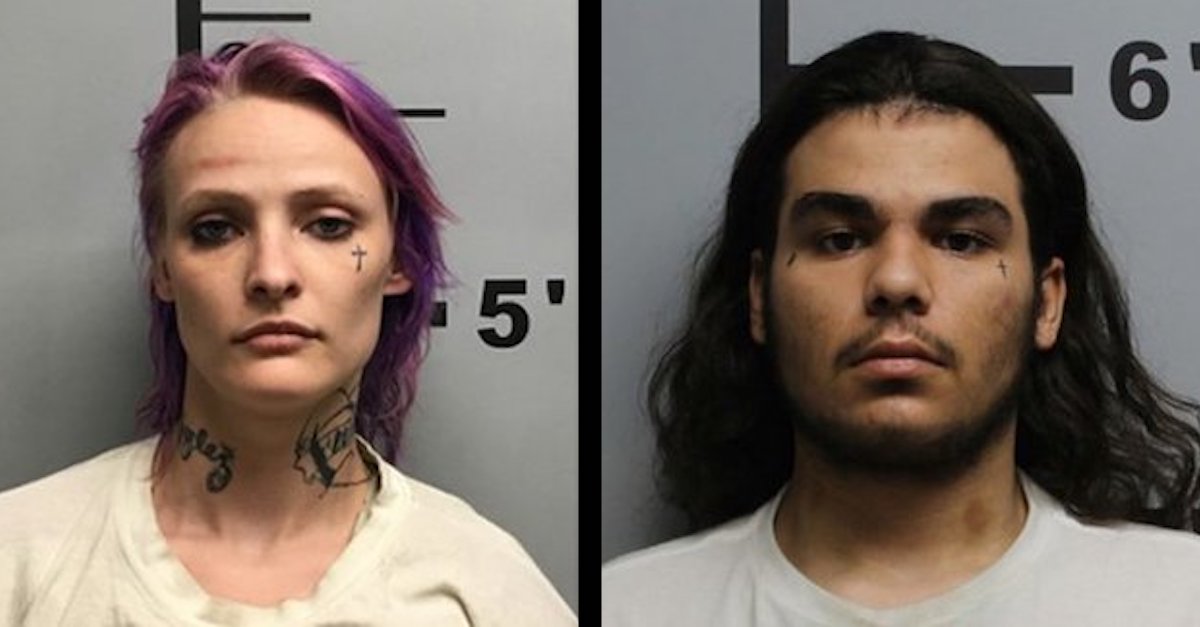 Authorities prosecuting the Arkansas duo accused of various crimes in the killing a police officer will not have an increasingly common type of video evidence at their disposal to help make their case.

Shawna Rhae Cash, 22, stands accused of felony murder in the June 26 death of Pea Ridge Officer Kevin Apple. Cash was allegedly driving a blue Jeep when officers in nearby Rogers, Ark. radioed for area authorities to arrest her and her passenger, Elijah Michael Andazola, 18. Pea Ridge officers noticed the Jeep — and the duo — at a gas station. When two officers attempted to box Cash in and take the duo into custody, Cash is alleged to have sped off, rammed a Pea Ridge squad car, and struck and fatally dragged Apple.

That Pea Ridge police do not have body cameras or dashcams does not appear to be particularly unusual. The Arkansas city’s 2010 Census stood at just more than 4,700 people, and only 47 percent of general purpose police departments in the United States use body-worn cameras, according to a Department of Justice study from 2017.

The Department of Justice has made grants available to local departments wishing to purchase the equipment. Calls for mandatory body cameras at the federal level have been spurred in part by Democrats as part of the George Floyd Justice in Policing Act. The bill has passed the House, but not the Senate.

A lack of body camera footage in other cases nationwide has at times led to criticism from both grand juries, the press, and sometimes from defendants, the latter of whose stories are generally at odds with the official accounts provided by officers. Body camera recordings don’t show everything, but they can clear up who is factually correct and who is not in the event of a disagreement or discrepancy.

The lack of video angles of the alleged Arkansas murder that body cameras and squad car cameras might have provided, however, is unlikely to prove dispositive. Cash reportedly apologized when asked about the charges by a local broadcaster following her arrest — but her phraseology contained a tacit admission. Another officer was on the scene as well and is likely to be the state’s star witness. Police also claim surveillance footage caught the moment Cash struck and dragged Apple.

“Camera footage obtained from the White Oak Gas Station depicts the suspect vehicle parked at the gas pumps when a Pea Ridge Patrol car, driven by Officer Apple, pulled up in front of the suspect vehicle (facing it directly) while another Pea Ridge Patrol car, driven by Officer [Brian] Stamps, pulled up directly behind it,” a redacted affidavit of probable cause for bond explains.

The court document outlines what allegedly happened next:

The footage in question is currently in evidence at the Benton County Sheriff’s Office, Hahn explained. Benton County Circuit Judge Brad Karren has issued a gag order on the case so the footage may not be publicly available for some time, he added.

In total, according to the affidavit, Apple was “dragged approximately 149 feet through the gas station parking lot, over a curb, almost to the intersection of Townsend Way and Slack Street where his body came to rest.” The document attributes those grisly findings to the Benton County Sheriff’s Office Accident Reconstruction Team.

Apple was pronounced dead the scene, the document also notes. 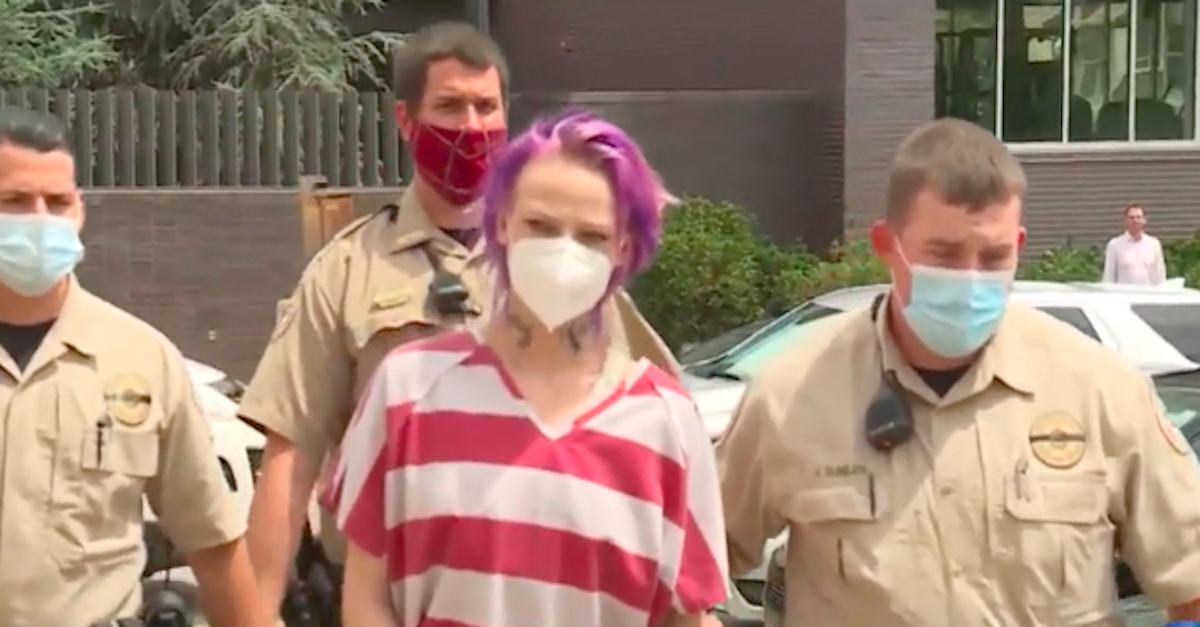 Eventually, Cash crashed the Jeep, and she and her companion were both arrested after initially giving chase to authorities.

During a jailhouse interview after being apprehended, Andazola allegedly told police that he and Cash never specifically discussed the circumstances of their brief getaway from the officers at the gas station — after initially saying that the officer’s death was never discussed whatsoever.

The co-defendant, however, said that Cash told him, “We can never talk about this” after the fact.

“Andazola said he did not respond to the comment Cash made to him,” according to the affidavit.

Cash said the Pea Ridge cop pulled right in front of her. Cash said she did not see the cop behind her until the last second. Detective [Michael] Braswell asked Cash if the cop ever got out of his patrol vehicle. Cash said, “Obviously he had too.” [sic] Cash was asked if the cop approached her and said anything to her and she told Detective Braswell no he stood there and looked at her. Detective Braswell asked Cash if the cop ever raised his arm and pointed at her or pointed his weapon at her and she replied, “I do not know.” Cash made a comment that it was hard to explain things sometimes because she blacks out.

Funeral services for Apple were held on Friday.

Read the full document in Cash’s case below:

Aaron Keller and Adam Klasfeld contributed to this report.