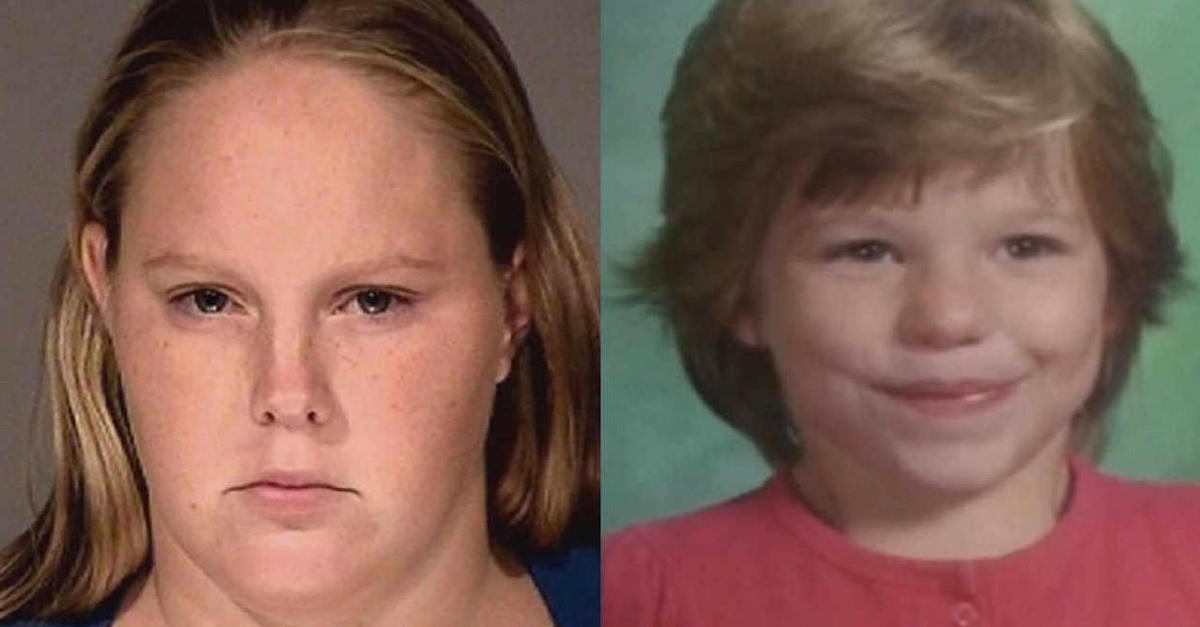 The Arizona Supreme Court upheld the murder conviction and death sentence for a woman who  killed her 10-year-old cousin by locking the child in a plastic footlocker and leaving her to suffocate as punishment for stealing a popsicle.

The justices rejected Sammantha Lucille Rebecca Allen’s claim that her trial was “fundamentally flawed,” reasoning, among other things, that photos of the deceased child and a videotaped conversation she had with her husband in the interrogation room after they were arrested were properly admitted during her trial.

Sammantha Allen and her husband, John Allen, were both convicted of murdering young Ame Deal in 2011 and sentenced to death. The state supreme court upheld John Allen’s conviction and death sentence in April 2020.

Sammantha, her mother, grandmother, and uncle in the Spring of 2011 began placing Ame in a plastic storage locker that was 21 inches shorter than the girl “as a form of punishment,” one of several punishments employed by the family, the court said.

Sometime before 7:30 p.m. on the evening of July 11, 2011, John and Sammantha punished Ame for stealing a popsicle, beginning by forcing the child to perform “wall stands” and “backbends” for several hours despite the child “crying and exclaiming that she was in pain.”

The justices summarized the final phase of the punishment as follows:

As Sammantha and John continued punishing A.D. into the night, A.D. was ordered to drag the box from the patio into a room inside the house known as the classroom.1 Because the box’s latch was known to be unreliable, John went to get a padlock—which only he had the key to— while Sammantha waited with A.D. and obstructed the classroom’s only exit. John returned and, with Sammantha standing by, ordered A.D. into the box, closed the lid, and locked it. The Allens then went to their bedroom and fell asleep, leaving A.D. contorted inside the locked box—in a non-airconditioned room in Phoenix during the summer—where she asphyxiated and died.

When police and paramedics arrived the next morning, they said that Ame was “lying in a curled position, her lips were discolored, and she appeared to be dead.”

Sammantha and John initially told investigators that Ame must have trapped herself in the box while playing hide-and-seek, but other family members contacted authorities to say they’d seen the child shoved into the box as punishment more than once.

The relatives said that “on separate occasions she saw [Ame] placed in the box, forced to eat hot sauce, beaten, sleeping in a shower stall, and having feces placed on her.”

Sammantha Allen, who is the first woman sentenced to death in Arizona since 2011, challenged numerous aspects of her conviction and sentence. Many of her claims about errors made at the trial court level were rejected because her attorneys failed to object to the evidence during the proceeding.

While the court upheld all of the convictions relating to killing Ame, the justices vacated a 2-year sentence on one of the child abuse charges she was convicted of, finding that prosecutors had not established the aggravating factors for the increased sentence. She will be resentenced on the child abuse charge at a later date.

Ame’s grandmother, Judith Deal, pleaded guilty to two counts of attempted child abuse in connection to Ame’s death. In 2013, she was sentenced to 10 years in prison and a lifetime on probation.

Cynthia Stoltzmann, Sammantha’s mother and Ame’s legal guardian pleaded guilty to two counts of child abuse and one count of attempted child abuse. She was sentenced in 2013 to 24 years in prison and a lifetime of probation.