Arizona Dad Said He Placed Weeks-Old Infant in Bathroom Sink and Left the Water Running, ‘Observed’ YouTube Video in Failed Attempt to Save Her: Cops 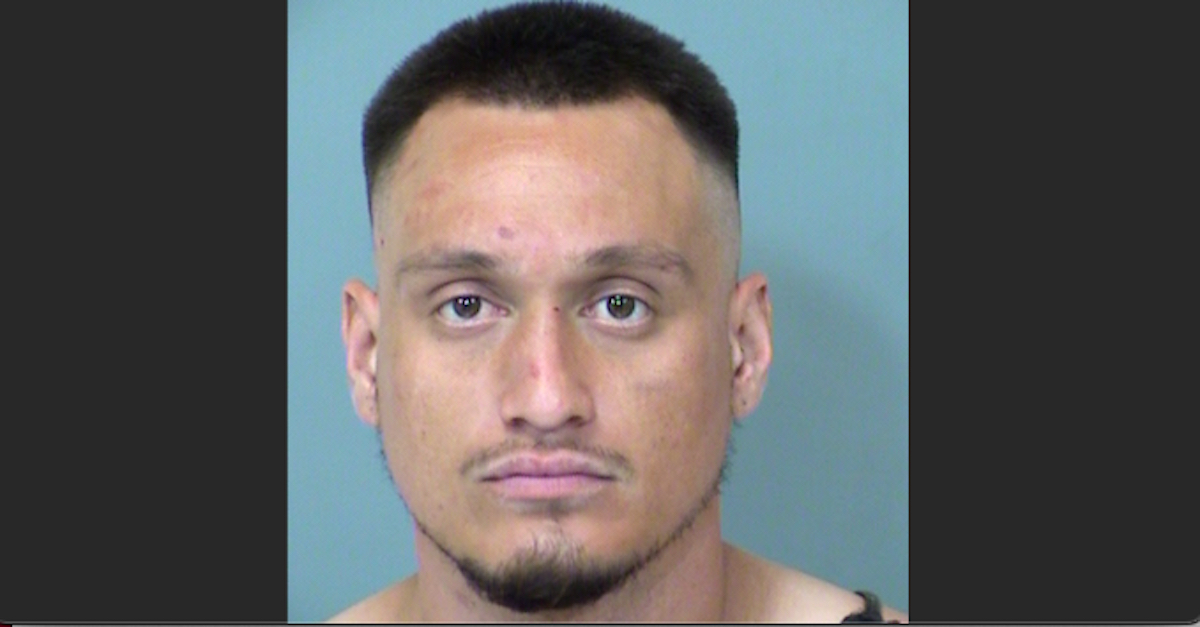 An Arizona father was arrested this week and charged in the July death of his newborn daughter. Police say the victim died after being left alone in a bathroom sink with the water running.

Shawn Douglas Conner, 26, was taken into custody on Monday and faces one count each of first-degree murder and child abuse, online records show. According to court documents obtained by Phoenix CBS affiliate KTVK, Conner on July 4 was staying in a hotel room with his newborn daughter, 3-year-old son and 1-year-old daughter while the children’s mother was at work. The newborn was less than a month old.

The court documents reportedly say that Conner then tried to perform CPR and called the kids’ mother, who directed him to call 911, which he did. Conner reportedly grabbed the unresponsive baby and ran to the office of the hotel manager, where he briefly left the newborn with hotel employees as he ran back to the room to retrieve the two other children.

Emergency Medical Services arrived and rushed the girl to the hospital where doctors reportedly “observed the victim to have bruising under her jawline, on her abdomen and on her ear,” and put her on life support. The child’s mother said her daughter did not have those injuries when she left for work earlier in the day.

Additional evidence appeared to conflict with Conner’s story about simply leaving the child in the sink unattended. For example, doctors reportedly said that the newborn “had sustained a significant head injury along with multiple injuries throughout her body which are inconsistent with a history of being submerged in water.”

The infant was taken off life support on July 8 and pronounced dead. An autopsy reportedly determined that her death was a homicide caused by blunt force trauma.

When investigators with the Arizona Department of Child Services (DCS) interviewed Conner later that day his story reportedly began to change.

Per KTVK, Conner said he was cleaning his daughter after she soiled herself. He claimed he left her in the sink because his other daughter was crying.

“The [baby’s] body had covered the opening of the drain and her head was now tilted with water running on her face,” court documents reportedly say. “Shawn picked the victim up and began to hit her in order to resuscitate her. Shawn struck the victim on her back, her chest and the side of her head with his hand. Shawn next grabbed the victim by her ankles and placed her upside down over his back while running around the room.”

Conner also allegedly told an investigator that he fell on the victim when he ran to the manager’s office.

“Shawn tripped and fell onto a concrete surface which his body landed on top of the victim. Shawn stood up and continued to the [office],” the investigator reportedly wrote.

Conner spoke with police on July 12 where he reportedly said that he “attempted a life-saving technique he observed on YouTube which involved holding the victim upside down over his shoulders,” investigators wrote further. Conner also reportedly admitted to being the only caregiver and “the only one who could have caused the injuries the victim sustained.”

The suspect is currently being held in Maricopa County Jail on $500,000 bond. He is scheduled to appear before a judge for a preliminary hearing on Nov. 4.