‘Are You Ready to Die for Allah?’: Trump Supporter Pleads Guilty to Threatening Congresswoman Ilhan Omar 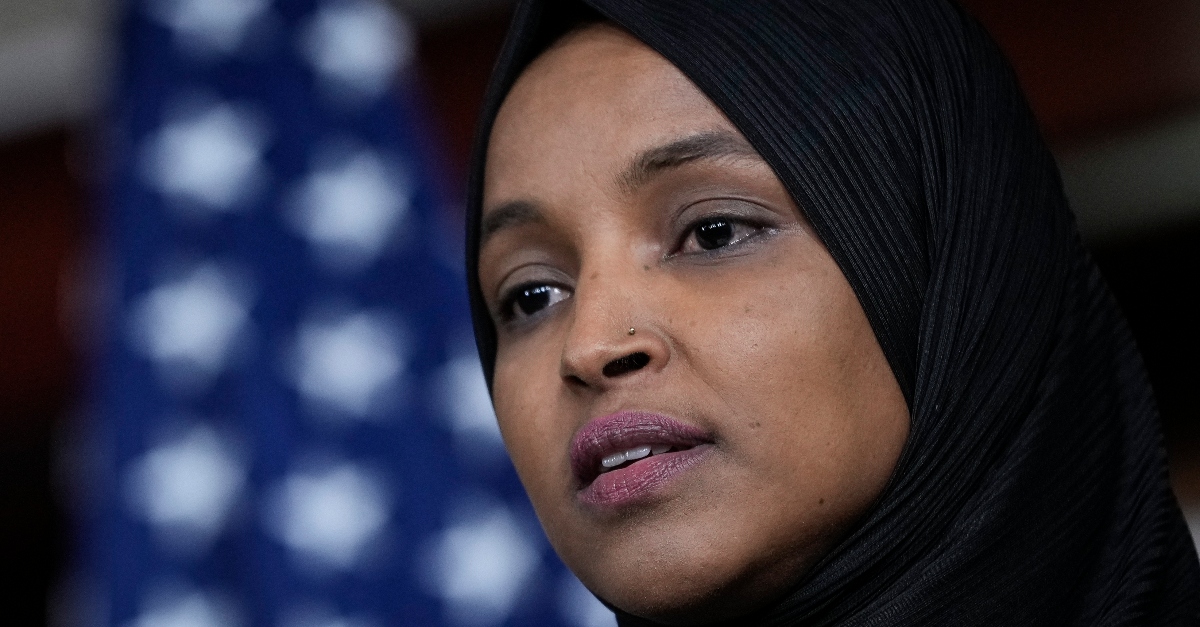 “We are Ready to Carryout Mass Assassinations Against [Al-Qaeda] Radicals That Have Somehow Got Into Our American Political Parties!” he wrote, according to the newly unsealed plea agreement. “[You’re] Already On The HIT LIST BY OUR AMERICAN PATRIOT ARMY AND THE [MOSSAD]! YOU BETTER GET MORE SECURITY, OR WITHIN A WEEK YOU AND THE OTHER THREE RADICAL RATS WILL BE SIX FEET UNDER! THIS IS NOT A THREAT BUT FACT! ARE YOU READY TO DIE FOR ISLAM? ARE YOU READY TO DIE FOR ALLAH? ARE YOU READY TO GET OUT OF OUR COUNTRY! YOU [WON’T] HEAR THE BULLET GOING THROUGH YOUR OR THEIR HEADS! ALL FOUR OF YOU [CONGRESSWOMEN] WILL DIE AND THE AMERICAN PEOPLE WILL CHEER! PATRIOTS AGAINST ISLAM! GOD BLESS AMERICA!”

Hannon made his sentiments clear from the get-go.

Prosecutors said that the email was was response to a press conference Omar held in which she discussed then-President Donald Trump. According to the plea agreement, authorities will recommend a sentencing “at the low end of the applicable guideline range as calculated by the Court.”

Omar is Muslim and was often a target of Trump’s attacks from the bully pulpit.

“No one should fear violence because of who they are or what they believe,” said U.S. Attorney Roger Handberg for the Middle District of Florida on Tuesday, in a statement directed at Hannon’s email. “Unlawful threats against our elected officials are an assault against our democracy, and we will continue to work with our law enforcement partners to seek justice in these cases.”

Hannon’s attorney Michael S. Perry asserted to Law&Crime in a phone interview that the emailed threat had “no teeth.”

Perry characterized the email as a kneejerk reaction to what Omar said to President Trump. It was a one-time incident, he said.

Hannon has no criminal history, and there is no indication in his life that he has animosity toward the Muslim community, Perry added.

Perry also said that Hannon’s wife was dying around the time the client sent the email.

“It was just a lack of judgment on his part,” Perry said.

A sentencing date is not yet on the court calendar.

The complete charging document and the plea agreement is below: