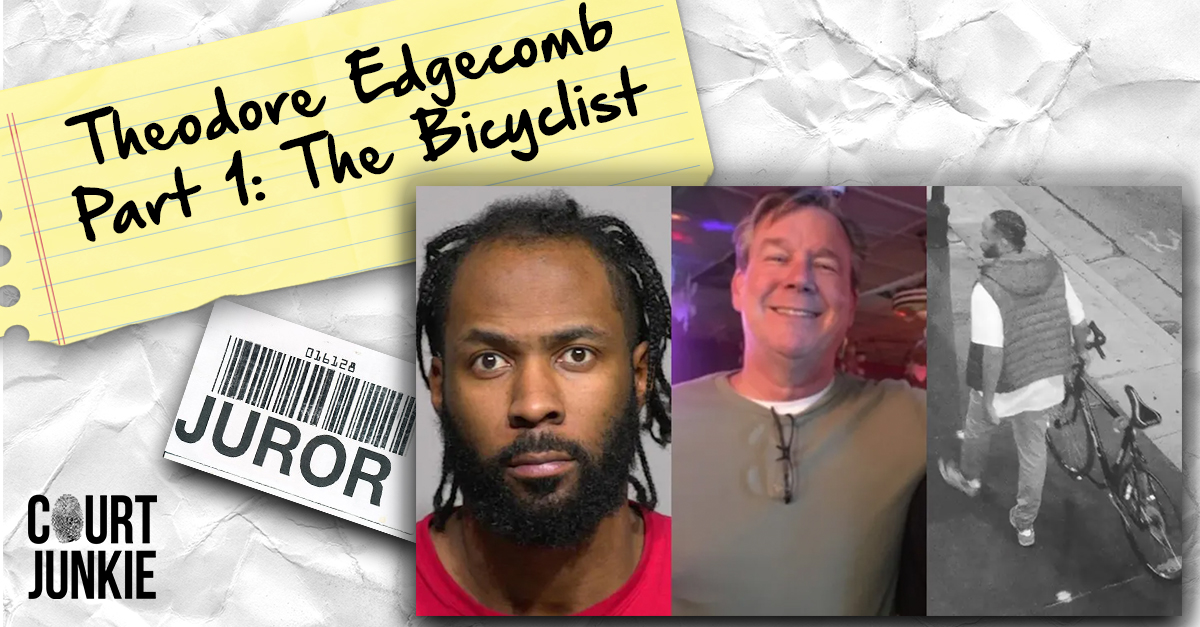 On this week’s episode of Court Junkie, host Jillian Jalali discusses the trial of Theodore Edgecomb, the man charged with homicide in the death of Milwaukee immigration lawyer Jason Cleereman.

On the night of Sept. 22, 2020, Jason and wife Evanjelina Cleereman were driving home from a bar in downtown Milwaukee. Theodore Edgecomb was bicycling through the city at the same time, finishing some last minute errands around town.

Evanjelina testified she was driving when she suddenly swerved to miss Edgecomb who had gone into traffic after appearing to fall from his bike.

Both the Cleereman’s car and Edgecomb’s bicycle pulled up to a red light where words were exchanged out of the passenger side window where Jason was sitting.

Soon a punch would be thrown from Edgecomb through the open passenger side window, hitting Jason. Edgemore moved away from the scene and the car pursued him. Jason exited the vehicle for the last time to approach Edgecomb. Witnesses recalled seeing him take a boxing stance when the confrontation began.

Then a gun was drawn and fired. 54-year-old Cleereman would be left for dead on the ground from a bullet wound to the face.

Edgecomb and the weapon he used went missing, and Jason’s widowed wife Evanjelina was left behind to pick up the pieces.

In trial, the defense argued that Edgecomb had acted purely out of self-defense and that the real person who needed to be investigated was Evanjelina who appeared, by some witnesses, to be emotionless at the scene of the crime.

To listen to the full story – subscribe to Court Junkie. Part one of The Bicyclist is available now.