Alabama Mother and Boyfriend ‘Tortured and Abused and Killed’ Her 3-Year-Old Son: Prosecutor 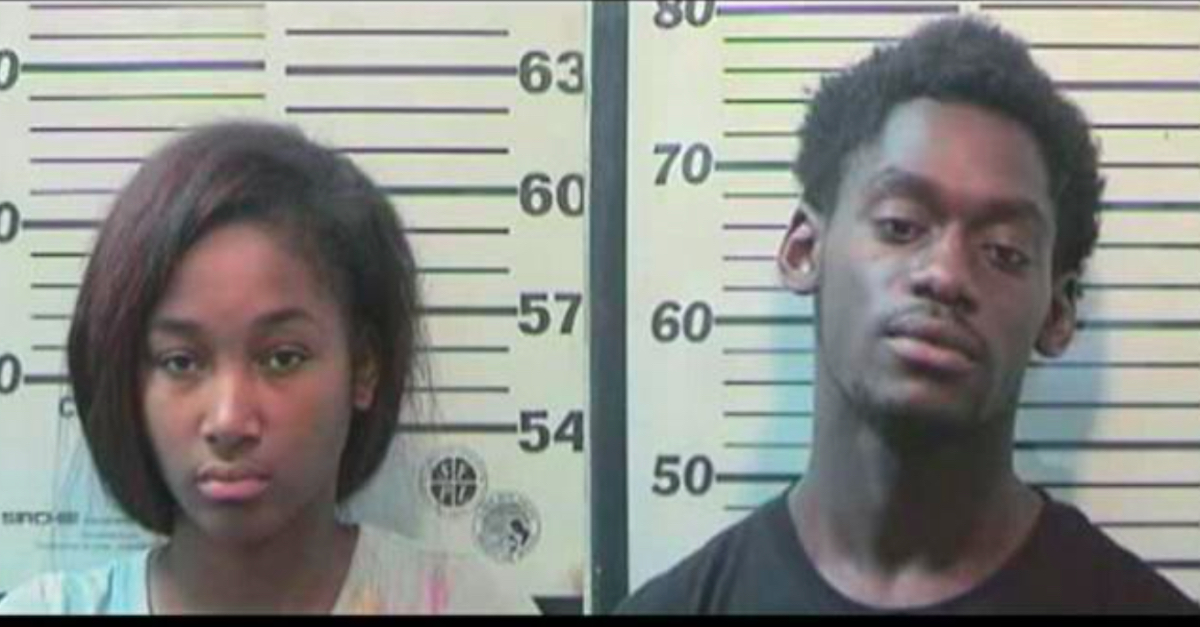 A woman in Alabama and her boyfriend were arrested this weekend and charged in connection with the death of her 3-year-old son who died last week after from injuries suffered from extensive abuse, police said.

Tatyana Anika Edwards, 26, surrendered herself to police on Friday, two days after her son Tyren Edwards died from injuries allegedly suffered at the hands of his mother and her boyfriend, 19-year-old Abraham Hatch. Hatch turned himself in on Sunday. Both are now facing one count each of capital murder for the toddler’s death.

Emergency responders with Mobile Fire and Rescue said that Tyren was “unresponsive and in full cardiac arrest” when they initially found him on Aug. 8, Mobile Police Department (MPD) Public Information Officer Katrina Frazier said in a news release. He was then transported to the University of Southern Alabama’s Children and Women’s Hospital where he succumbed to his injuries. The staff at the hospital then contacted police and reported Tyren’s death as a potential case of child abuse.

Three days after Tyren’s death, the Mobile County Medical Examiner performed an autopsy and determined that the child had “suffered severe head trauma” among multiple other injuries. The ultimate cause of death was a blow to the back of his head.

“It appeared the child had been abused over some time,” Frazier wrote in the news release.

MPD presented evidence and information on the case to the Mobile County District Attorney’s Office, where prosecutors assessed the material before requesting and receiving warrants to arrest Edwards and Hatch on charges of felony murder.

According to a report from local FOX-affiliated news station WALA-TV, Mobile County Circuit Judge Michael Windom on Tuesday afternoon set Edwards’ bond at $150,000 while denying bond for Hatch. If released from pre-trial detention, Edwards was ordered not to have any contact with her elder son who is currently staying with a family member.

“The evidence that the state would present will show that the injuries that the victim sustained in this case took place over a significant period of time,” Mobile County Assistant District Attorney Louis Walker told the judge, according to WALA.

Those sentiments were echoed by Chief Assistant District Attorney Keith Blackwood who spoke to reporters following the bond hearing and said young Tyren’s last weeks of life were “torture.”

Blackwood also said there was ample evidence that Edwards was complicit in abusing Tyren, saying the boy suffered “chronic abuse” as evinced by “multiple states of healing for bruises and fractures and burns.”

In an interview with WALA, Terrance Ball, Edwards’s father, said that his daughter led him to believe that Hatch was responsible for Tyren’s injuries.

“She says he woke her up at 2:30 that morning,” he told the station. “He was saying the baby wasn’t breathing. She went in there and seen bruises on him. She asked him why he had bruises on him. He was like, ‘It happened on a four-wheeler.”

Tyren did have an accident while riding a four-wheeler, but the report said that the incident supposedly happened several weeks prior to Tyren’s death. Ball also said that his daughter told him she had not seen any bruises on her son until after Hatch woke her up. Hatch worked for Ball at an auto dealership he owns in the area, which is how the teen met and started dating Tatyana approximately three months ago, Ball added.