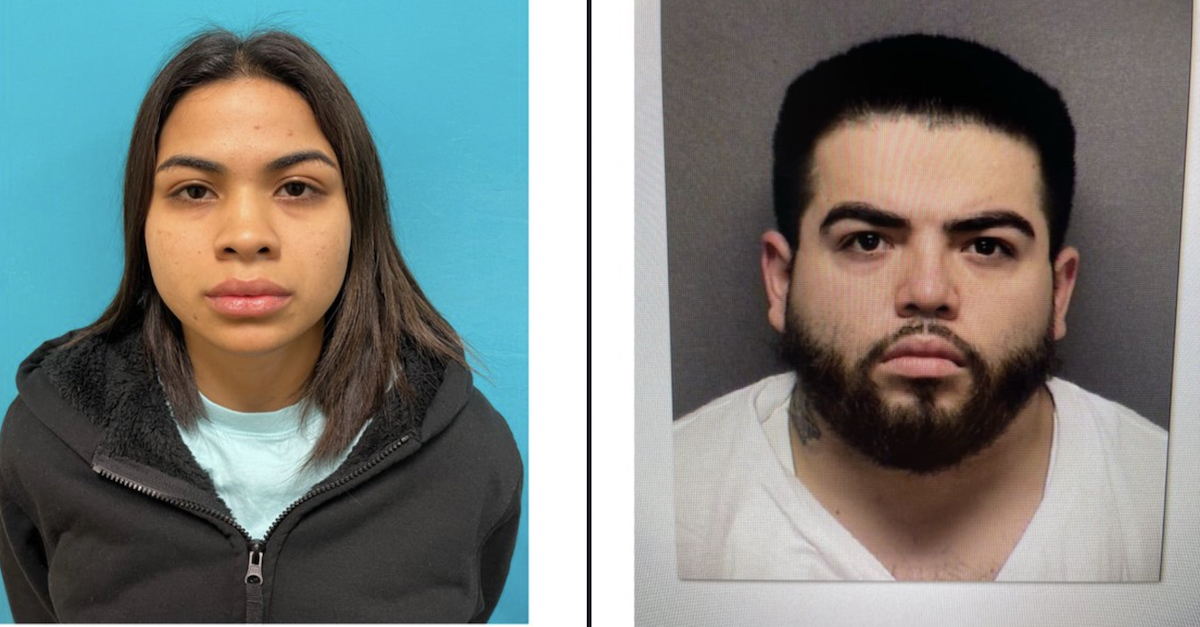 A 22-year-old mother and her boyfriend are behind bars this week after police say the couple subjected her 5-year-old daughter to “extreme abuse and torture” before her death.

Katrina Mendoza and Jose Ruiz, 25, were taken into custody Thursday morning and charged with one count of injury to a child causing serious bodily injury in the death of Mercedes Losoya, the San Antonio Police Department announced.

According to a copy of the probable cause affidavit obtained by San Antonio CBS affiliate KSAT-TV, Mendoza on Feb. 7 brought an unresponsive Mercedes to Southwest General Hospital in San Antonio for treatment. Doctors attempted to resuscitate Mercedes but she was pronounced dead shortly after arriving at the hospital.

The medical team reportedly noted that Mercedes had sustained “visible injuries” and notified police about the suspicious nature of her wounds. Officers with the San Antonio Police responded to the scene produced a disturbing report about the provenance of Mercedes’ injuries.

Per the affidavit, Mercedes had visible sections of hair missing that appeared to have been torn from her head. She had also sustained extensive “bruises, scratches, cuts, and swelling on every visible portion of her body,” San Antonio NBC affiliate WOAI-TV reported. She reportedly had cuts and swelling on both of her hands that appeared to be defensive wounds, police said.

Her legs and feet were also battered and she was reportedly missing several toe nails, authorities said.

“The victim’s legs were covered with bruises, some of which appeared to be patterned, which is what is commonly seen when belts or other objects are used to inflict injury,” the affidavit reportedly said.

The Bexar County Medical Examiner’s Office performed an autopsy on Mercedes and told police that it was “obvious the victim suffered extreme abuse and torture,” per the affidavit. Mercedes’ injuries were so numerous that the medical examiner reportedly said there was “no clear or obvious injury that caused the victim’s death” and that “further investigation would be required to make a conclusion as to the cause and manner.”

In an interview with investigators, Mendoza allegedly accused Ruiz of subjecting Mercedes to horrific abuse in the three weeks since Mercedes, the mother, and her 6-year-old daughter moved into his home.

According to The Daily Beast, Mendoza told police that she witnessed Ruiz, as the report put it, “shovel dog feces into the victim’s mouth as he yelled at the child” and “did the same thing with a sock soaked in urine.” She further claimed that Ruiz aggressively pulled the sock from Mercedes’ mouth with such force that he ripped out two of her teeth.

Mendoza reportedly continued with shocking allegations of physical abuse and corporal punishment that included punching the child with closed fists while wearing multiple rings. She reportedly said Ruiz also forced the child to stand in place while holding “heavy objects” during a video call in the weeks before her death. She said Mercedes was crying while she held the objects.

Ruiz told police that when it came to Mercedes he merely “slapped her on the ass” and made her stand in the corner, KSAT reported. He allegedly blamed all of the child’s injuries on Mendoza — except for the missing portions of hair, which he claimed were pulled out by Mercedes’ 6-year-old sister.

Police wrote that Ruiz “appeared to be deflecting responsibility for his actions onto Mendoza and the victim’s sister.”

Mercedes’ 6-year-old sister was removed from the home and placed in the custody of Child Protective Services.

An SAPD spokesperson reportedly told KSAT that the charges against the couple may be upgraded pending further investigation into the circumstances of Mercedes’ death.