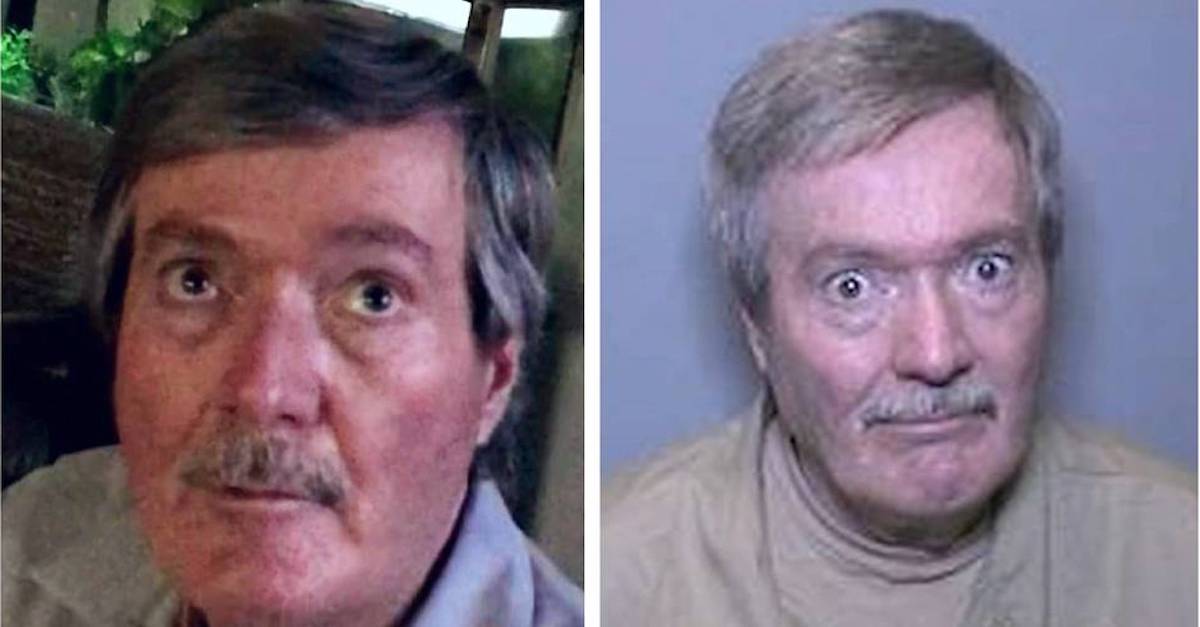 An Arizona man who previously admitted to molesting young children was arrested after allegedly harassing the mother of one of his victims and failing to abide by sex offender registration laws. Cary Jay Smith, 61, who refers to himself as “Mr. Rape, Torture, Kill” or “Mr. RTK,” was taken into custody on Wednesday for allegedly threatening Lynn Rinner, whose 7-year-old son was reportedly victimized by Smith in 1999, Phoenix CBS affiliate KTVK/KPHO reported.

According to the report, Smith was arrested in California in 1999 and sent to a state mental facility after his wife tuned over a letter he’d written in which he graphically described fantasies involving Rinner’s then-7-year-old son.  The fantasies reportedly included accounts of sexually assaulting and murdering Rinner’s son.

After spending approximately 21 years at the facility, Smith was released in July 2020 and moved to the Phoenix area. Smith, who had previously been convicted in 1984 for molesting minor children, was legally required to register as a sex offender, the Arizona Republic reported.

While in the state hospital, Smith openly spoke about his illicit desires and allegedly told authorities he had to be kept locked up, 10 News reported in 2020.

“He calls himself Mr. RTK, which stands for Rape, Torture, Kill,” Orange County District Attorney Todd Spitzer told the station. “That’s what I think has kept him in. He says, ‘If you don’t cut off my penis and hands, I will molest again.’”

Following his release, Smith allegedly created a Facebook account, then looked up Rinner and began sending her messages in which he referred to himself as “Mr. RTK” and claimed that he was “back around” and living in the Costa Mesa area again. He reportedly told police that he was intentionally trying to scare and frighten Rinner because he was upset about public comments she had made about him.

Rinner had reportedly said that Smith stalked her son before he was finally arrested.

“I didn’t respond. I just let him be, hoping he would keep doing it,” Rinner reportedly told KTVK. She reportedly said that after Smith sent a few messages she notified prosecutors in California.

Rinner reportedly said she fought the state’s decision to release Smith, but said she was glad that he may know be facing additional criminal charges.

“It is really nice to finally, hopefully have some criminal charges that stick for him, and you know, hopefully he’ll spend some time locked up so we don’t have to worry about him getting out,” Rinner told KTVK.

During his initial court appearance in Maricopa County on Friday, Smith reportedly spoke against the judge’s advice and admitted to contacting Rinner and creating the Facebook account.

Court documents from the hearing obtained by KTVK reportedly listed Smith’s mental conditions as schizophrenic disorder, pedophilic disorder, and sexual sadism disorder. The judge ultimately ordered him to be held on a $10,000 cash-only bond. If released, he is prohibited from having any contact with children and cannot possess any weapons or non-prescription drugs.