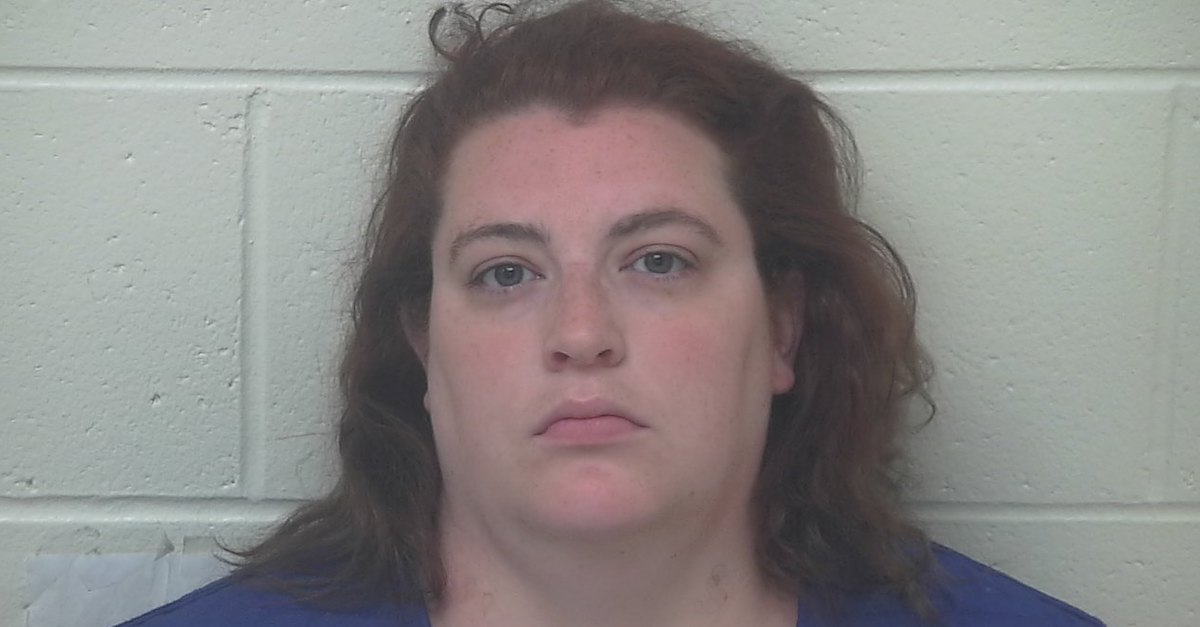 A 30-year-old woman in Ohio is behind bars this week for allegedly raping a 12-year-old boy in her home over the weekend.

Kimberly Mae Polachek was taken into custody on Sunday and charged with two counts of rape and two counts of kidnapping, authorities say. According to a press release from Scioto County Sheriff David Thoroughman, officers with the Portsmouth Police Department on Sunday, July 24, 2022 contacted his office via email regarding a disturbing tip from “a concerned citizen” regarding a possible sexual assault involving a juvenile victim.

Based on the information provided by police, Sgt. Jodi Conkel consulted with the lead prosecutor for the Scioto County Prosecutor’s Office Special Victim’s Unit and opened an investigation into Polachek and the alleged sexual assault, authorities said.

Investigators said they quickly identified the potential victim and located his parents. When questioned about the potential sexual assault, the victim’s parents said they had no knowledge of any such incident involving their son. Furthermore, the victim’s parents told investigators that they were under the impression that their 12-year-old child had slept over at his friend’s house the previous night.

According to the press release, the victim’s mother then contacted her son’s friend and learned that her son had not spent the night at his friend’s house.

Detectives then “immediately responded” to Polachek’s apartment, located in the 1900 block of Thomas Avenue in Portsmouth. Upon arriving at the scene, authorities said, Polachek was found and detained without incident. Investigators then found the juvenile victim “asleep inside of her apartment.” The victim was transported to Adena Regional Medical Center for treatment, authorities added.

“Sheriff Thoroughman stated the investigation revealed that while her husband was at work that [Polachek] would have sexual conduct with this juvenile and allow him to smoke marijuana,” the release states.

Polachek is currently being held at the Scioto County Jail. A judge set her bond at $400,000. She is currently scheduled to appear in Portsmouth Municipal Court on July 26.

A source “with knowledge of the family’s situation” reportedly told the Scioto County Daily News that Polachek, a so-called “TikTok Mom,” had recently gotten her young children back from Child Protective Services. The source reportedly said that CPS had “monitored the couple for over a year” and that the children will now remain at the home with their father.

Sheriff Thoroughman emphasized that the investigation into Polachek remains ongoing and “could result in more charges being filed on a later date.” He urged anyone with information relevant to the investigation to contact Det. Sgt Conkel at 740-351-1091.

The sheriff’s office and the prosecutor’s office did not immediately respond to messages from Law&Crime seeking additional details on the case.

The charges against Polachek were filed one week after the Scioto County Sheriff’s Office arrested an 18-year-old man for allegedly raping a 5-year-old in Portsmouth. Again working with the prosecutor’s Special Victim’s Unit, detectives on July 18 took Cody Lee Taylor into custody on one count of felony rape.

The sheriff’s office said that witnesses who lived in the area where the alleged rape occurred helped investigators recover “a video from the incident location” that led to Taylor’s arrest. He is currently being held on $100,000 bond.