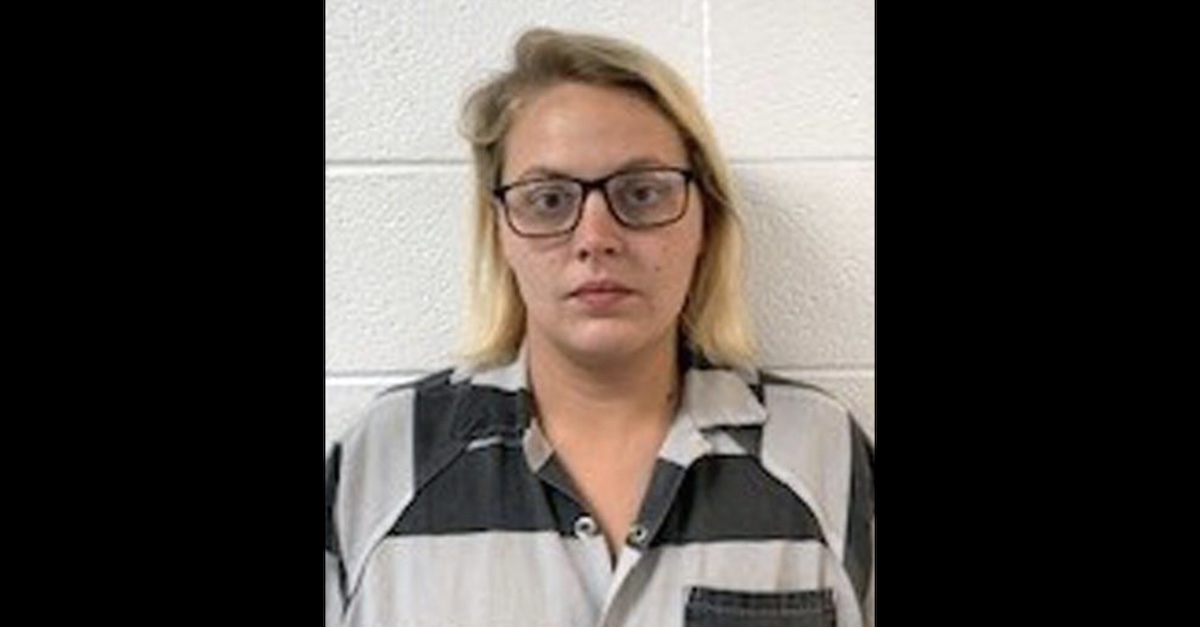 A 27-year-old woman was taken into custody in Orange County, Virginia in the “early morning hours” on Thursday after authorities determined that she shot and killed a man at residence the night before, the sheriff’s office said in a news release.

According to the Orange County Sheriff’s Office, Brianna Cole Knicely is the individual who shot and killed 36-year-old James Manning in Barboursville on Wednesday. Authorities said they first became aware of a “possible shooting” at around 7 p.m. on Wednesday. Once at the scene, they found the victim shot dead.

“On June 16, 2021 at approx. 7:00pm the Orange County Sheriff’s Office was dispatched to Hamm Farm Rd. in Barboursville, Va. to a possible shooting. When deputies arrived, they discovered that James Manning, age 36, was deceased due to a gunshot wound,” the news release said. “After hours of processing the scene by the Virginia State Police and gathering information, they were able to develop Brianna Cole Knicely as a suspect to the shooting.”

It’s unclear at this time what exactly the information was that pointed to Knicely as the suspect. A “be on the lookout” followed and Knicely was taken into custody after an early morning traffic stop by the Culpeper County Sheriff’s Office, the Orange County Sheriff’s Office said. The suspect was identified as a Gordonsville resident. Gordonsville appears to be around a 10-minute drive away from the crime scene.

Orange General District Court records viewed by Law&Crime show that the suspect was involved in two unrelated prior incidents that appear to be minor. In 2018, a speeding ticket for going 37 mph in a 25 mph zone was eventually dismissed; a $61 fine was paid. On New Year’s Eve in 2020, Knicely was apparently caught having failed to have her vehicle inspected. A case was filed days later, but she did not show for a Feb. 2 hearing, records indicate. The disposition of the case says “guilty in absentia.” The fine and costs do not appear to have been paid. Now, four months later, Knicely is facing serious charges of second-degree murder, use of a firearm in the commission of a felony, and shooting into an occupied dwelling.

All murder other than capital murder and murder in the first degree is murder of the second degree and is punishable by confinement in a state correctional facility for not less than five nor more than forty years.

The sheriff’s office said that Knicely is being held at the Central Virginia Regional Jail without bond.

Authorities have said that they would not be releasing more information about what happened at this time. Local chatter on Facebook suggests that the shooting may have followed a social services investigation. One Barboursville resident who shared the sheriff’s office news release posted “Well what the fuck is happening in OC…. hopefully [the shooting] was self defense.” Jessica Manning, whose Facebook page identifies her as married to James Manning, responded to that post by saying “No it wasn’t self defense.”

“Any reason behind it then?” the original poster responded.

Manning responded by saying because Knicely “was being investigated by social services.”

“I stopped watching her kids 2 weeks ago! They called me after I stopped watching her kids and asked me questions about her and the kids,” Manning said. “I answered them honestly and they went to her house agains yesterday! She cam to my house after they left her house. Me and my kids weren’t home and she opened fire on my husband and he tried to run away and she kept shooting into the house!” 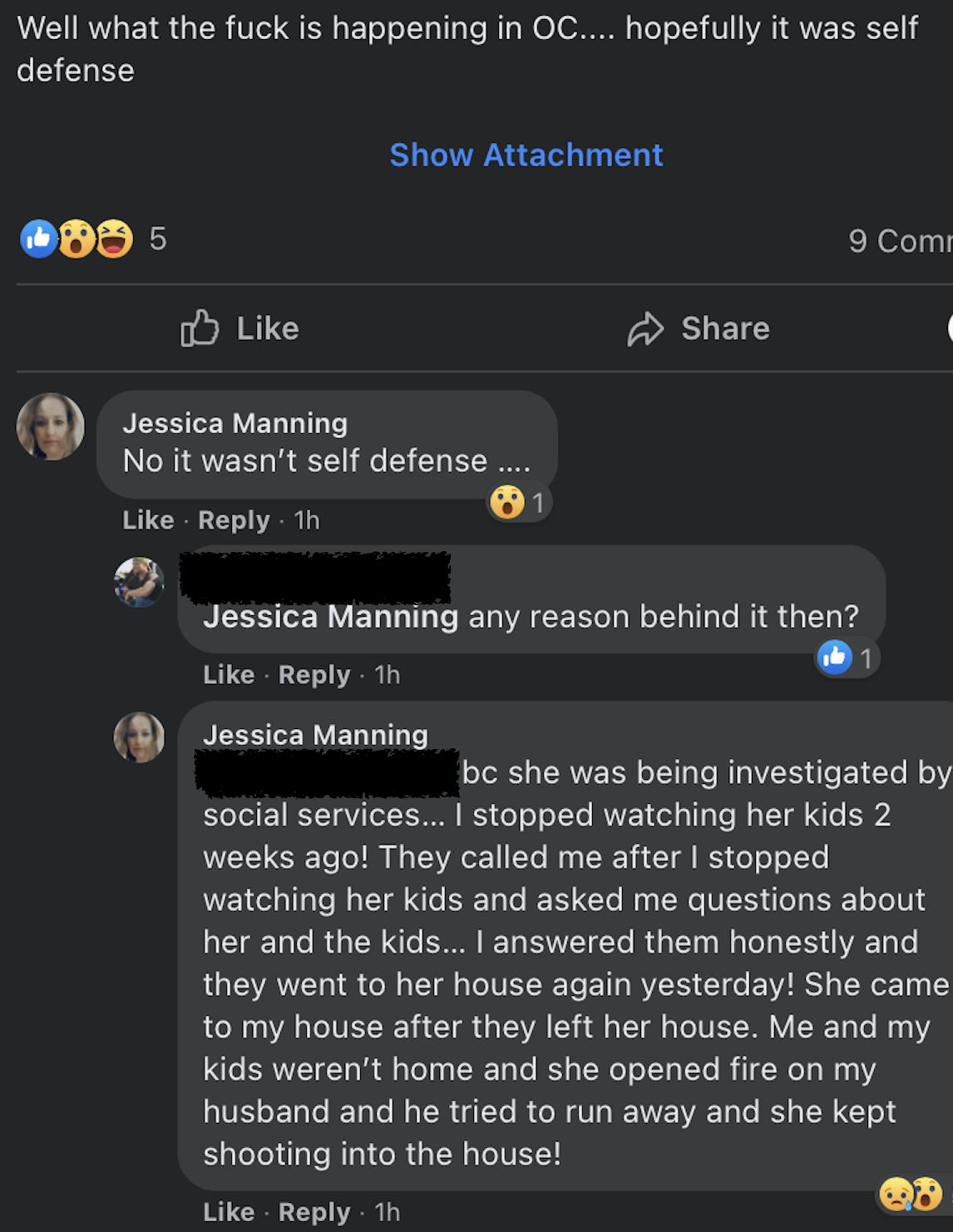 Law&Crime reached out to the Orange County Department of Social Services to ask about whether they had been in contact with Knicely prior to the shooting. We will update this story if we receive a response to our message.