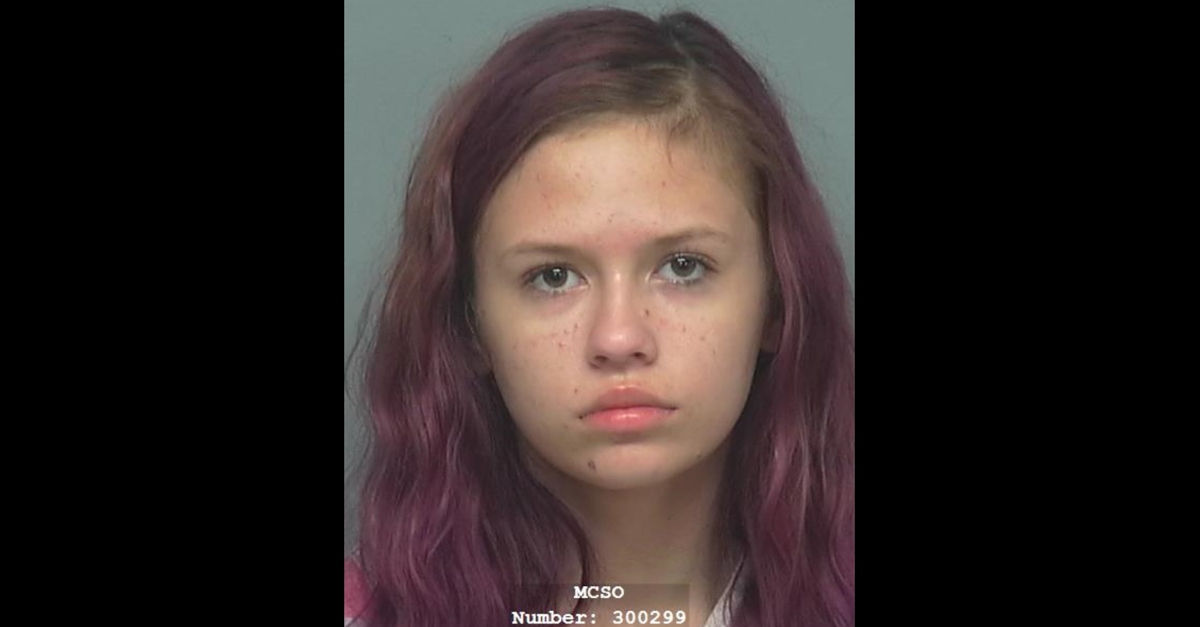 The search for a young Texas woman who allegedly burned a man to death is over. Emma Lou Presler, 19, remains at the Montgomery County Jail in Texas. Now she must answer charges that she set Devin Graham, 33, and survivor Karissa Lindros, 26, on fire.

The Houston Police Department announced on Monday that they were looking for Presler. The suspect attacked the victims on Aug. 6 in the Montgomery County portion of the city, officers said. The story caught attention, in part, because of Presler’s striking back story. Presler was arrested last year for allegedly murdering Sierra Rhodd, a 20-year-old disabled woman, at the victim’s home in Cypress, Texas. The judge in the previous case determined prosecutors lacked probable cause to charge Presler, but suggested prosecutors could bring the case to a grand jury. Authorities soon arrested Presler’s boyfriend Austin McCalla, 26, and three other men as the alleged killers.

Now investigators place the 19-year-old Presler at a more recent crime scene, saying that a badly wounded Devin Graham told a fire department medic that a person named Emma doused him and Lindros with gasoline, and burned them. The victims’ family members said that this Emma was possibly Presler, authorities said.

Graham died from his injuries Aug. 8, authorities said. Lindros survived. Both sustained horrific injuries, according to the story in the arrest warrant affidavit. Graham had burns on over 90-percent of his body, authorities said. Lindros sustained burns on 50-percent of her body. At the time of the incident, she sought help from a neighbor, who said she smelled of gasoline and that, in the words of the document, “[Lindros’] skin was coming off her body,” investigators said.

When authorities interviewed Lindros on Aug. 16 at Memorial Hermann Hospital, she was only able to communicate by nodding and making hand gestures instead of talking, the affidavit stated. By communicating this way, Lindros indicated that it was, indeed, Presler who poured gasoline on her and Graham, that Presler did this alone, and that Presler started the fire with a cigarette lighter.

According to the affidavit, a man said he was staying at the home when the fire occurred. He allegedly said Presler and a man he did not know arrived. Graham and Presler argued in the living room, and the witness said he went to the kitchen. He said he smelled gasoline, heard an explosion, and saw flames. Graham and Lindros fled to the home while on fire, and the man said he used a hose to put out the flames.