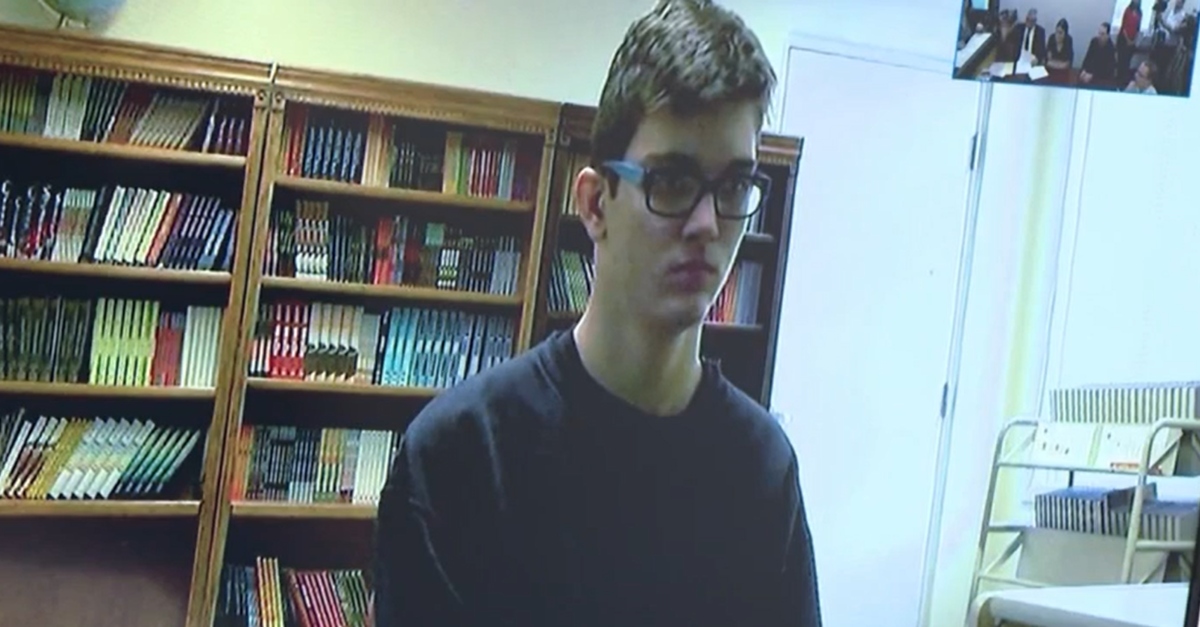 A young man behind a random murder-suicide on a pier was recently in juvenile detention for plotting a school shooting, say police in South Haven, Michigan. Aidan Topher Ingalls, 19, is the person who opened fire on Friday afternoon, authorities said. He killed a man, injured a woman, and then died by suicide.

Authorities had just released Ingalls from juvenile detention in June when he turned 19. His mother had turned him in to authorities back in 2018, saying he told her she would not feel as bad about him killing himself if he did something horrible first.

South Haven Police Chief Natalie Thompson told reporters that the beach-side shooting on Friday appeared to be random, according to WWMT. Surveillance footage allegedly showed Ingalls in a white t-shirt and black backpack heading to the end of the pier and sitting down at the lighthouse’s base. He shot the man and the woman, then walked back toward the beach, but he stopped halfway on the pier and shot himself, cops said. It’s unclear where Ingalls obtained the pistol and pellet gun he reportedly had in his possession.

Officers did not identify the victims, but they were reportedly a married couple.

BREAKING UPDATE: South Haven Police have identified the shooter as 19-year-old Aidan Topher Ingalls of Bangor, Michigan. They say Ingalls shot and killed himself after shooting and killing one person and critically injuring that person’s wife. DETAILS: https://t.co/mjHNHrffKw pic.twitter.com/e70c0mFfff

It turned out this was not the first time he planned something similar. Van Buren County deputies arrested Ingalls, then 15, in March 2018 after his mother Karissa Ingalls turned him in, according to WWMT. She reportedly found guns, explosives and ammunition packed in a bag. Aidan’s grandfather had evidence that someone sawed off gun barrels in his barn, authorities said. The older man was missing a rifle and shotgun, investigators said. The 15-year-old’s plan was to commit a mass shooting at Paw Paw High School in the village of Paw Paw, Michigan.

“‘I didn’t want to kill myself at home because you’d be sad,'” Aidan Ingalls said, according to his mother. “‘But if I committed some horrific acts, then you’d hate me first, and you wouldn’t feel as bad.'”

A therapist reportedly analyzed the 15-year-old and determined he lived with mental health challenges including depression and anxiety. The prosecution tried to get him tried as an adult with a possible 28-year prison sentence for weapons and explosives charges, but a judge rejected that.