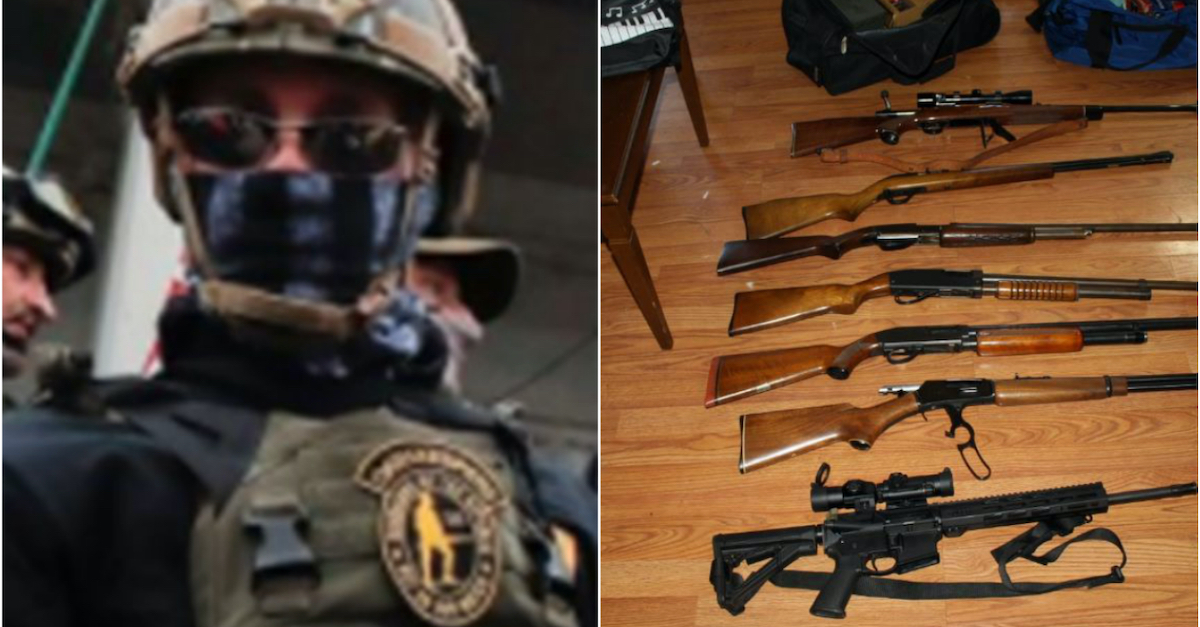 Prosecutors included these photos of Joseph “Ahab” Hackett and the weapons found in his residence in a memo seeking his detention.

A federal judge ordered the release of an Oath Keepers member known by the nickname “Ahab” on Monday, despite concerns by prosecutors that he congregated outside House Speaker Nancy Pelosi’s office with another militia member who mused about killing her.

Prosecutors do not allege that Joseph “Ahab” Hackett threatened or tried to assassinate Pelosi, but the government does claim that he traveled with a band of Oath Keepers members outside the California Democrat’s office on Jan. 6.

“At around 2:45 p.m., defendant Hackett left the Rotunda through the south door, headed towards the House of Representatives (and the office of Speaker Pelosi),” his detention memo states.

“Defendant Hackett was not visible on camera for approximately one minute,” the government’s memo states. “He then went to check on the exterior doors through which the group entered, before returning to his co-conspirators south of the Rotunda, near the Speaker’s office, where he remained, off camera, for approximately 5 minutes.”

Prosecutors describe this movement as “alarming” in light of Kelly Meggs’s private communications on the night of the election. 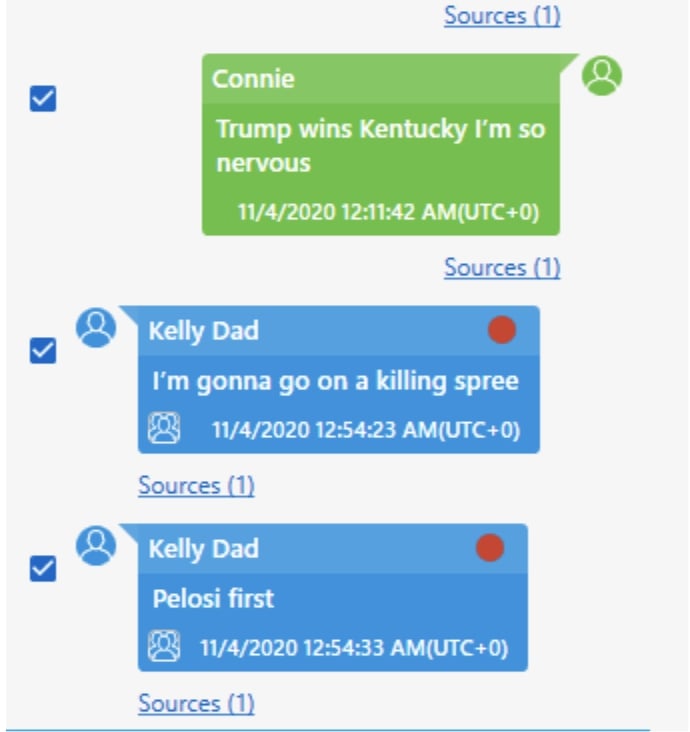 These messages between Kelly Meggs and his wife were included in a detention memo for Joseph Hackett.

Those allegations appeared to concern Judge Mehta, who previously kept Hackett’s co-defendant Harrelson behind bars for that reason.

“The conduct here, to call it troublesome is an understatement,” Mehta said.

Hackett’s defense attorney Angela Halim urged the judge not to conflate her client with the other Oath Keepers members and leaders: “He is not like many of his co-defendants.”

Proposing a “very strict” regime of house arrest, Halim asked for her client to be released to his house in Sarasota, Fla., with his wife and 11-year-old daughter. The attorney described her client as a 51-year-old professional with no criminal record.

Assistant U.S. Attorney Jeffrey S. Nestler argued that Hackett’s previously law-abiding life is “not relevant” to his pivot to extremism.

“We see that he was radicalized in late 2020,” Nestler wrote, noting that Hackett became “meticulous about his operational security.”

“Somebody who is an honest member of the community, married, with an 11-year-old daughter, his own business, it’s really mystifying how quickly you bought in to the propaganda,” Mehta said.

In a memo seeking Hackett’s detention, prosecutors included a note instructing Oath Keepers members to be scrupulous about encryption and to write in cursive to “evade digital reads.” Prosecutors claim that Hackett participated in a “gunfight oriented training” with fellow Oath Keepers members and leaders using an AR-platform firearm.

Months ago, prosecutors detailed plans by the Oath Keepers to stash long guns inside the Comfort Inn Ballston, in service of a plan to ferry a so-called “quick reaction force” across the Potomac River with guns, if the event of a “worst case scenario” where former President Donald Trump “calls us up as part of the militia to to assist him inside DC.” Prosecutors name Hackett as one of the Oath Keepers who deposited the long guns at the motel in service of this plan on Jan. 5—and collected them on Jan. 7, the day after the siege.

“Indeed, this still frame of surveillance video from the morning of January 7 shows defendant Hackett pushing a concierge cart containing at least one rifle case,” the government’s detention memo states, explaining the image. 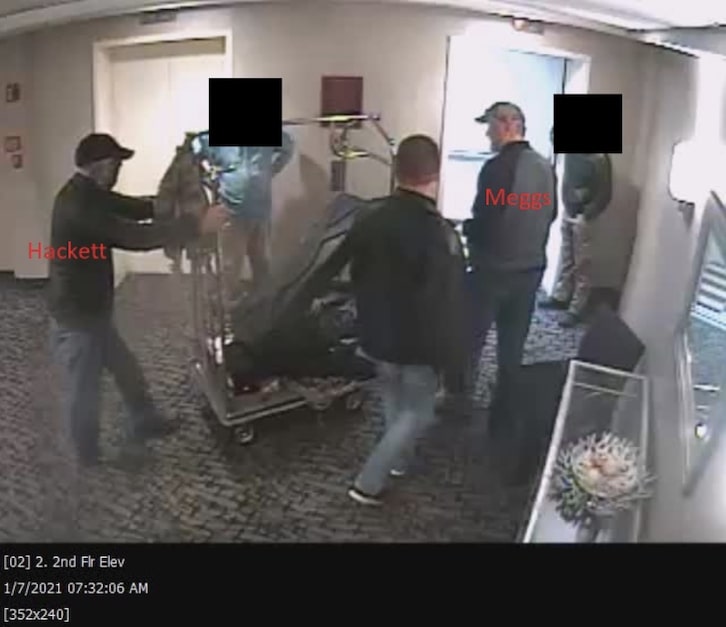 Court papers also included photographs of a large collection of guns and ammunition found inside Hackett’s home, but his lawyer argued that those weapons were entirely lawful.

“Every single one of the firearms was legally owned,” Halim said, describing some of the weapons as “family heirlooms.”

Responding to the prosecution’s comments about Hackett’s radicalization, Halim said her client has become disillusioned.

She added that he would not have access to the internet, and she claimed his wife would keep him on the straight and narrow.

“She wasn’t thrilled with a lot of the content that Mr. Hackett was trying to listen to, read and absorb,” Halim said.

Judge Mehta noted that the D.C. Circuit ordered the release of another Jan. 6th defendant accused of alarming behavior, George Tanios, citing his lack of a criminal record.

(Photos from the Justice Department’s filings)