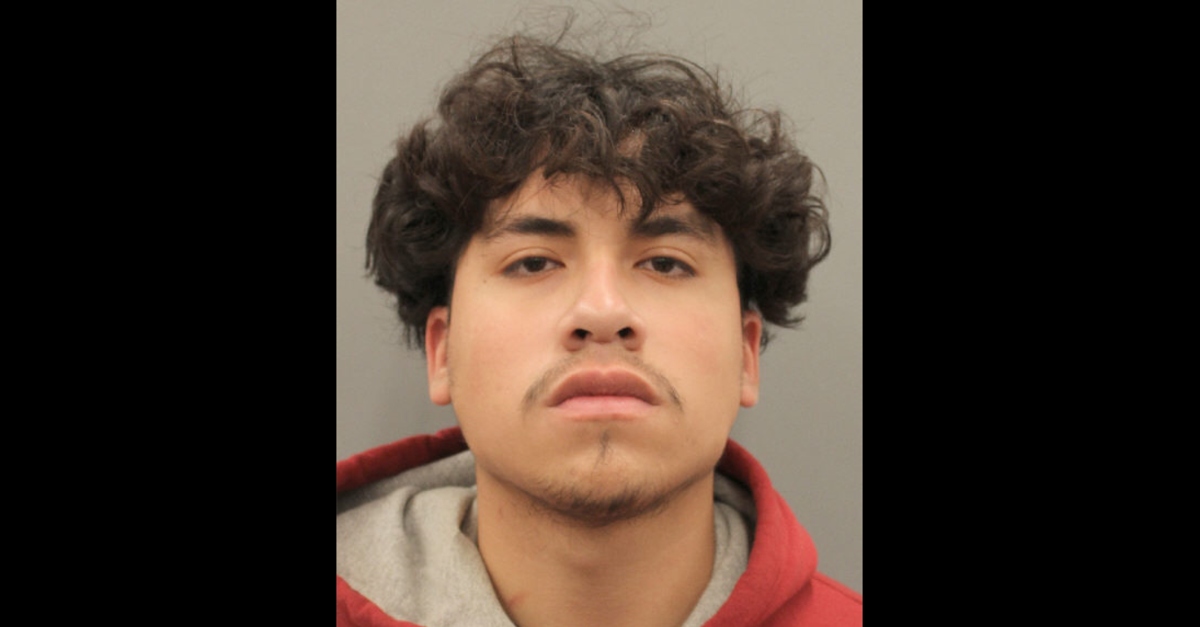 Grieving family members said that Diamond Alvarez, 16, was out walking the family dog when she was shot near their home. Now cops say they know who committed the murder.

Authorities claim the suspect, 17-year-old Frank Deleon Jr., was in a relationship with both Alvarez and someone else, and that he killed her after she found out about him cheating. He shot her 22 times, and was packing his bags to flee, Harris County Assistant District Attorney Jim Leitner said in a motion for sufficient bail in Houston, Texas.

“Investigators learned Deleon was simultaneously in a romantic relationship with Mr. Alvarez and another female,” police said in a tweet on Tuesday. “When Ms. Alvarez learned of the other relationship, she met Deleon at the park where he shot her multiple times.”

Alvarez’s family previously said that the victim had been having an argument with someone they described as an ex-boyfriend. He texted her to come out and meet him while she was out walking her dog near home on Jan. 11, they said, according to Fox 7 Austin.

1/2
Statement on arrest of suspect in murder of Diamond Alvarez, 16, who was shot January 11.#hounews pic.twitter.com/yaqWkYxrvH

Family said they heard gunshots while Alvarez was out walking the dog. The canine returned without her, and they found her shot in the field, dying.

“My son found her,” mother Anna Machado said the outlet. “I tried CPR, and I couldn’t bring her back. I tried so hard to keep her alive. I couldn’t.”

This Houston teen, dancing happily with her mother, was shot & killed last night while walking her dog. Sadly, Diamond Alvarez’s mom performed CPR to try to save her but couldn’t. Can you help find this 15 year old’s killer? More information on KHOU 11 News tonight at 10. #khou11 pic.twitter.com/hJHpmqoJtN

Friends of 15 year old Diamond Alvarez bring stuffed animals to the spot where their friend was gunned down while walking her dog overnight #abc13 pic.twitter.com/0ZRq5Rvh4L

Alvarez walked the family dog every day. Family said she was a sophomore at Madison High School. They described her as a straight-A student who played volleyball and basketball, and planned on going into cosmetology as a career, according to the outlet.

Now the family is left grieving.

“HPD expresses its heartfelt condolences to Ms. Alvarez’s family and looks forward to following this case through the courts as we seek justice on her behalf,” officers said Tuesday. “We ask that the public continues to pray for the family and respects their privacy.”

Prosecutors requested that Deleon get a $250,000 bond. He has no attorney of record.

[Booking photo of Deleon via Houston Police Department; screenshot of Alvarez and her mother dancing via her family by way of KHOU]