15-Year-Old Cat Killed While Sleeping in a Chair at Home After Bullet from Drive-by Shooting Went Through a Window: Cops 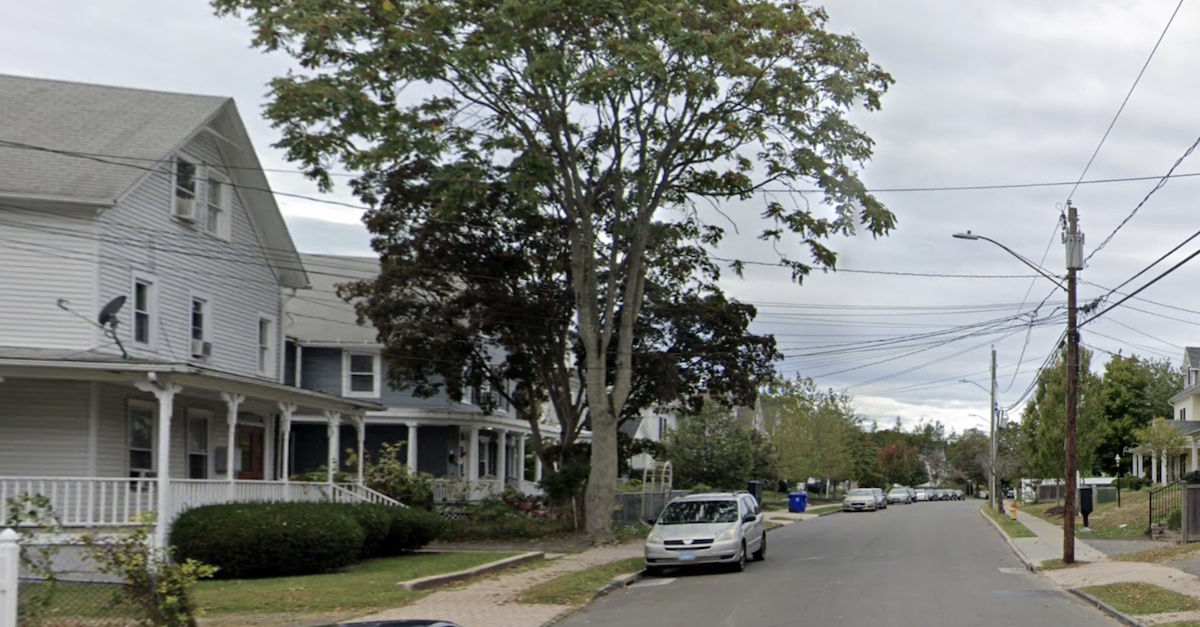 Pictured: West Main Street in Norwalk, Connecticut, where a cat was killed as a result of a drive-by shooting.

A cat was shot and killed on Sunday night in Norwalk, Connecticut when a bullet from a drive-by shooting in the area went through a window and hit the 15-year-old feline as she slept in her family’s home.

“On Sunday, June 13, 2021, at approximately 11:16 PM, the Norwalk Police Department Combined Dispatch received 911 calls advising that multiple gun shots were heard in the area of a residential building on West Main Street. One of the shots went through a window, into a residence, and struck and killed a cat, the only victim,” the Norwalk Police Department posted on Facebook about the incident. “Police Officers immediately responded to the area and learned that just after the shots were heard, a vehicle was heard screeching its tires and leaving at a fast rate from the area. The Detective Bureau responded to the scene, and took over the investigation. Investigators are looking into the possibility of this shooting being related to recent incidents involving shots fired.”

News 12 Connecticut’s Marissa Alter reported more about the shooting on Tuesday, sharing that the cat’s name was Cali and that she died in her owner’s arms. The homeowner said her son usually games in the chair that the cat was sleeping in when she was shot dead.

The woman tells me she thought the shots were fireworks until she heard a thump. The sound was her cat falling from the chair it had been asleep in. She says the cat died in her arms. She also says her son usually sits in that chair to play video games. @News12CT pic.twitter.com/9v0HQMgsUm

“9 bullets went through a condo on West Main St. in Norwalk Sunday night—one of them killed this 15-year-old cat named Cali. The cat’s owner, her boyfriend, and her 13-year-old son were all home at the time, 2 of them sleeping,” Alter reported, adding in a second tweet: “The woman tells me she thought the shots were fireworks until she heard a thump. The sound was her cat falling from the chair it had been asleep in. She says the cat died in her arms. She also says her son usually sits in that chair to play video games.”

The homeowner, who has not been identified, also spoke to WABC about the shooting and recalled hearing a “thump” in the night.

“I thought it was fireworks or firecrackers too close to the house, and then I heard a thump. I came out to the living room to see what it was, and I saw the cat on the floor. She was flailing all over the floor. I thought she was having a seizure, and then I saw she was bleeding, so I realized they were gunshots not fireworks,” she reportedly said. “We’re devastated because we’ve had our cat for 15 years.”

Police are asking for the public’s help to find those responsible for the shooting.

Norwalk Police Department is requesting that anyone with information regarding the incident contact Detective Collins at 203-854-3191 or by email at [email protected] Anyone wishing to provide information anonymously may do so using one of the three ways below:

Anonymous Internet tips can be sent to Norwalk Police website at: www.norwalkpd.com

Anonymous text tips can be submitted by typing “NORWALKPD” into the text field, followed by the message, and sending it to TIP411 (847411)