Brooke Hinkle and Daughter Arrested on the Same Day in Fla. 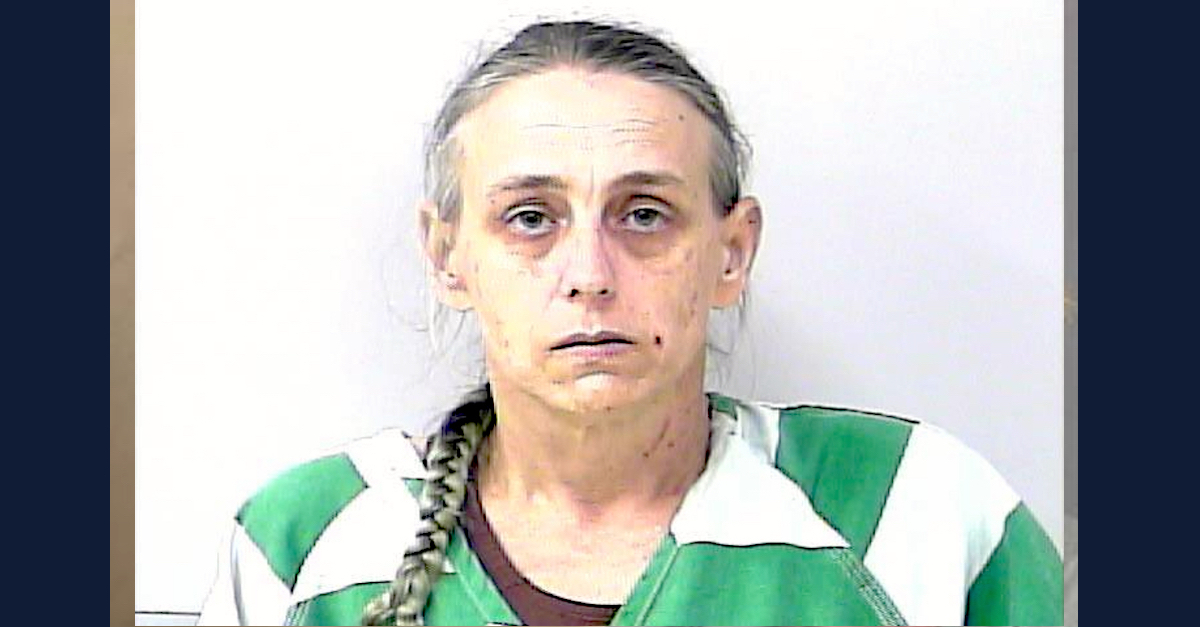 A Florida daughter was arrested over an alleged “kill list” on Thursday afternoon, and her mother was arrested for what law enforcement termed “unrelated charges,” Law&Crime has learned.

According to the St. Lucie County Sheriff’s Office, 14-year-old Amber Manns was arrested on eight felony counts of written threats to kill. The girl’s mother, 40-year-old Brooke Lynne Hinkle, was arrested on one charge of child neglect without great bodily harm and two minor drug possession and paraphernalia charges.

Authorities claim the multi-generational arrests were made after deputies initiated a school threat investigation based on the aforementioned list allegedly being found on Manns’ cellular phone.

“After an anonymous tip on Tuesday afternoon, school faculty notified deputies of a list of eight juveniles’ names on Manns’ phone that she had labeled as a ‘kill list,’” SLCSO Chief Deputy Brian Hester said in a press release. “The parents of these juveniles have been contacted.”

No alleged motive for the “kill list” has been floated by law enforcement as of this writing.

The resulting investigation, Hester claimed, did not turn up any weapons where Manns and her mother lived. There was, however, evidence of what police termed “deplorable living conditions.” Authorities also claim cocaine and drug trappings were “in plain view.”

The girl is said to be a student at West Gate K-8 in Port St. Lucie, Fla. Law&Crime reached out to the combined primary and middle school for comment on this story but no response was immediately forthcoming at the time of publication.

“We are committed to providing a safe learning environment for our children and continue to work diligently with St. Lucie Public Schools to do so,” Hester continued in the press release. “It is also imperative for parents to provide a safe home environment for their children and to talk to their children about the dangers of written and verbal threats in school settings as well as the consequences of their actions.”

According to West Palm Beach NBC affiliate WPTV, each of the named children on the so-called “kill list” also attended the school. The district overseeing the school later released a statement to the TV station highlighting its collaboration with law enforcement.

“We continue to have a positive working relationships with the Sheriff’s Department and both have the same goal in mind of keeping students and staff safe,” St. Lucie Public Schools told WPTV.

According to the SLCSO, Manns was taken to the Department of Juvenile Justice for processing. Hinkle was booked into the St. Lucie County Jail, where she’s being detained on a $6,250 bond.

The child abuse allegation against Hinkle carries a maximum penalty of five years in state prison. The cocaine possession allegation is also a felony of the third degree under Sunshine State law and carries the same maximum penalty. Drug paraphernalia charges in Florida are punishable with a $1,000 fine.

According to court records reviewed by Law&Crime, there are currently no court dates set in the case against the mother. It is currently unclear if the daughter will be charged as a juvenile or an adult. There are, at present, no publicly-available records related to her case filed in the local court system.