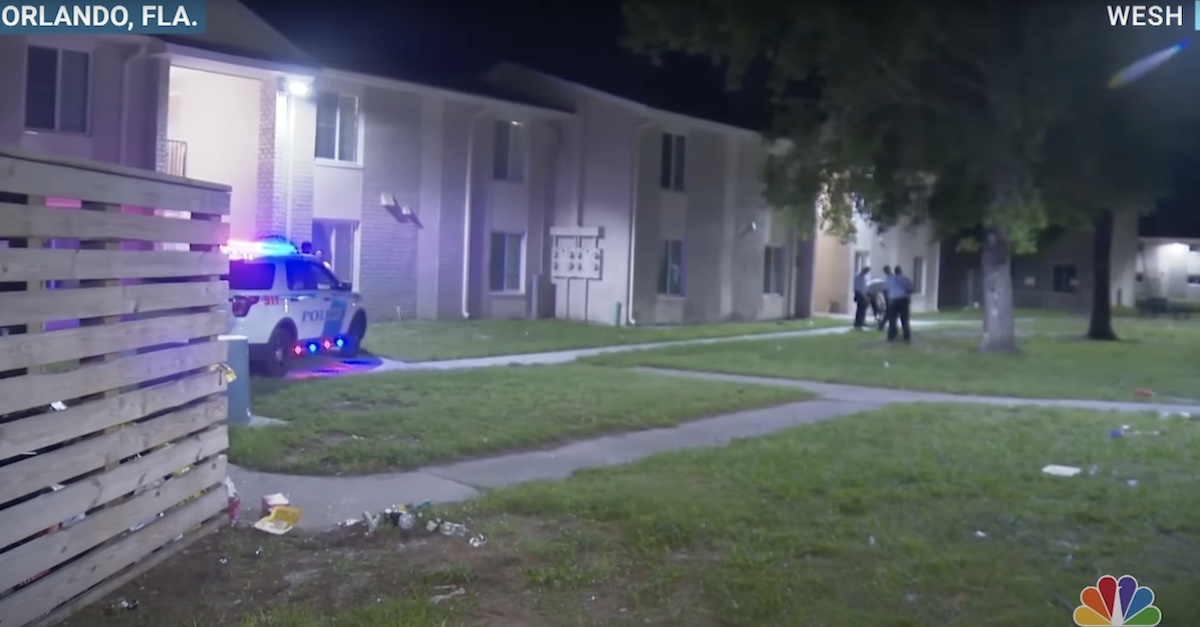 Cops respond to scene where 10-year-old girl allegedly shot and killed a woman.

A 10-year-old Florida girl was arrested and may face a murder charge after she allegedly shot and killed a woman who was fighting with her mother at a Memorial Day barbecue, state authorities say. The girl, whose identity has not been released, was taken into custody while the State Attorney’s Office makes a charging decision.

The girl’s mother, 31-year-old Lakrisha S. Isaac, has already been charged with multiple felonies in connection with the death of 41-year-old Lushun D. Rodgers.

According to court documents, officers with the Orlando Police Department at approximately 11:30 p.m. on May 30 responded to 911 calls about a possible shooting at a residence located in the 1400 block of Mercy Drive. Upon arriving at the scene, first responders discovered a woman, later identified as Rodgers, lying on the sidewalk in the rear of the building and suffering from what appeared to be a gunshot wound to the head.

Officers reportedly performed CPR until the Orlando Fire Department rescue team reached the scene and transported Rodgers to Orlando Regional Medical Center (ORMC) where she was placed in critical care. Rodgers remained in critical condition before succumbing to her injuries and was pronounced dead at approximately 11 p.m. on May 31.

Officers spoke to three witnesses about the shooting, according to the filed arrest affidavit.

One witness, reportedly identified as Rodgers’ boyfriend, told police that he and Rodgers were grilling in the rear of the building when an intoxicated Isaac confronted Rodgers “over a recent dispute between the two.” Another witness said the argument pertained to a previous social media post. Isaac was accompanied by her daughter, who was allegedly holding a beige purse at the start of the altercation.

“Isaac initiated a physical confrontation by punching [Rodgers]. After the first punch was thrown, [Rodgers] retaliated and punched Isaac,” the affidavit states.

Rodgers’ boyfriend then stepped in and tried to break up the fight and the two began walking away, while Isaac and her daughter “continued to verbally argue,” authorities say.

Rodgers then turned around and attempted to reengage with Isaac, the boyfriend told police. 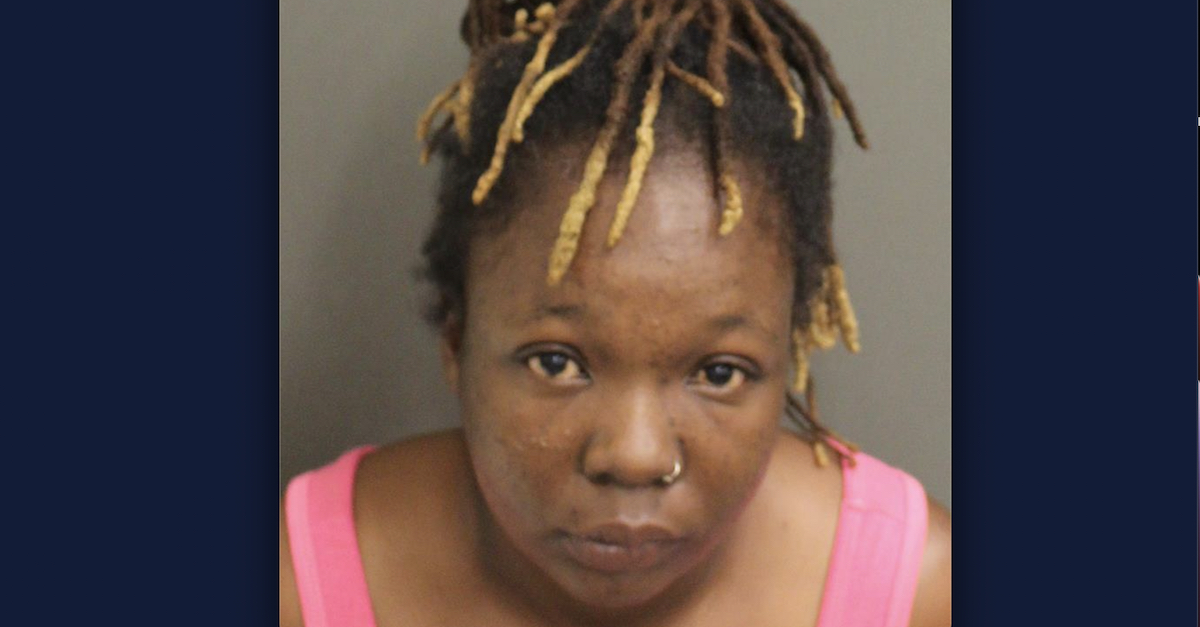 The boyfriend “described looking into the barrel of the firearm as Isaac pointed it towards him,” saying he raised his hands and backed away in fear of his life.

The witness who called 911 similarly told investigators that Isaac threw the first punch at Rodgers. She further claimed that when Rodgers hit Isaac back, Isaac then took off her backpack and handed it to her daughter.

When police arrived on the scene, the victim’s boyfriend led officers to Isaac’s apartment, where she and her daughter were detained.

“[The witness] saw  [the 10-year-old] rummaging through the backpack, but did not think anything of it. Isaac and Rodgers squared up for a fight and a few punches were exchanged. [The witness] then heard a gunshot and saw [Rodgers] fall to the ground,” the affidavit states.

“[The 10-year-old] yelled, ‘You fucking with my momma,’ after shooting Rodgers,” the documents continued.

A third witness similarly said she saw the 10-year-old shoot Rodgers before Isaac took the gun and pointed it at the boyfriend. She said Isaac then handed the firearm to a friend who “ran away from the area.”

Isaac is currently being held in an Orange County jail on $50,000 bond. She is facing one count each of manslaughter by culpable neglect, aggravated assault with a firearm, negligent storage of a firearm, and neglect of a child, all felonies.

Her daughter was placed in the custody of the Florida Department of Children and Families. She is currently in custody at the Orange County Juvenile Justice Center.

While police said the juvenile was taken into custody on suspicion of second-degree murder, State Attorney Monique H. Worrell on Tuesday said her office has not reached a final charging decision.

“Our office has started the process of reviewing this case and will consider all of the facts, including the age of the child, and all of the surrounding circumstances, when making a charging decision. We want to be clear in stating that no charging decision has been made by our office,” Worrell said. “However, we anticipate that whatever charges we eventually file, if any, will ensure she receives the interventions necessary to address her behavior, help her change and grow, and ensure the public’s safety going forward.”

Worrell urged the public to remember that, despite her alleged actions, the girl is “still a child.”

“This shooting is an unimaginable tragedy that defies easy solutions,” Worrell said. “Our office will proceed with care, and our primary focus will be on doing whatever we can to support Ms. Rodgers’s family, protect the public, and improve the health of this child going forward.”

Read the police affidavit below: