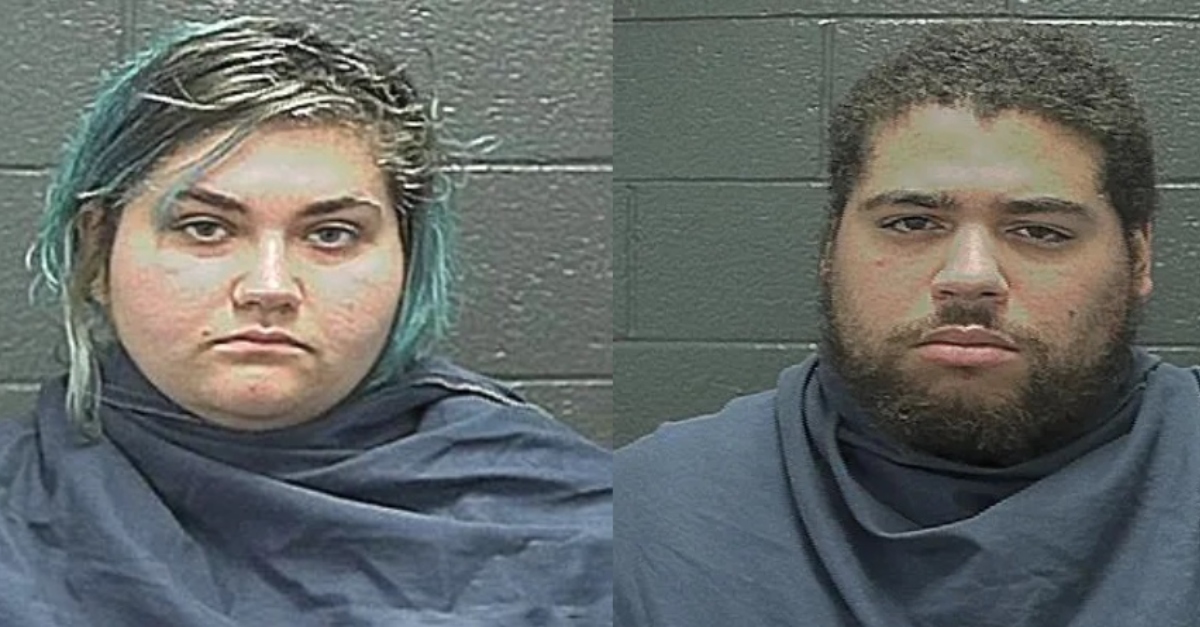 Eight pounds is a normal weight for a newborn, but not for a 1-year-old girl who died in Texas. The child seemed to be badly malnourished, had sores on her body, dirt on her skin, and circular blisters on her lower back and buttocks, according to an affidavit obtained by KXAN.

The victim’s mother Sage Wright, 22, and father Christian Bishop-Torrence, 24, were arrested Friday in the child’s death.

According to the police version of events, officers responded to the emergency room at the United Regional Health Care System on June 11 regarding the death of the child. She had been taken there to the hospital in a private vehicle and pronounced dead. The investigation resulted in detectives getting arrest warrants for her parents on Friday.

Wright and Bishop-Torrence told cops they noticed the girl losing weight since January, according to the affidavit obtained by KXAN. They allegedly did not seek medical help. (Jail records show the offense date as January 15 for both parents.)

Bishop-Torrence allegedly found the child gasping for air, breathing slow and shallow breaths, and making a rattle as she exhaled. He took her to the hospital in a friend’s car which was outside. Wright allegedly told investigators she did not bond with the child as well as with her two other kids.

A forensic examiner who reviewed the case reportedly dismissed some possible causes of the weight loss.

“Even though a small chance exists that a genetic or metabolic problem could cause weight loss, normal newborn screens and the lack of family history would make this highly unlikely,” wrote Dr. Suzanne Dakil of the University of Texas Southwestern Medical Center.

The parents are being held at the Wichita County Jail on Sunday in lieu of $500,000, records show. They each face a count of injury to a child, elderly, or disabled person. Reportedly citing indigency, they requested court-appointed lawyers.