Gritty Allegedly Punched 13-Year-Old Boy in the Back 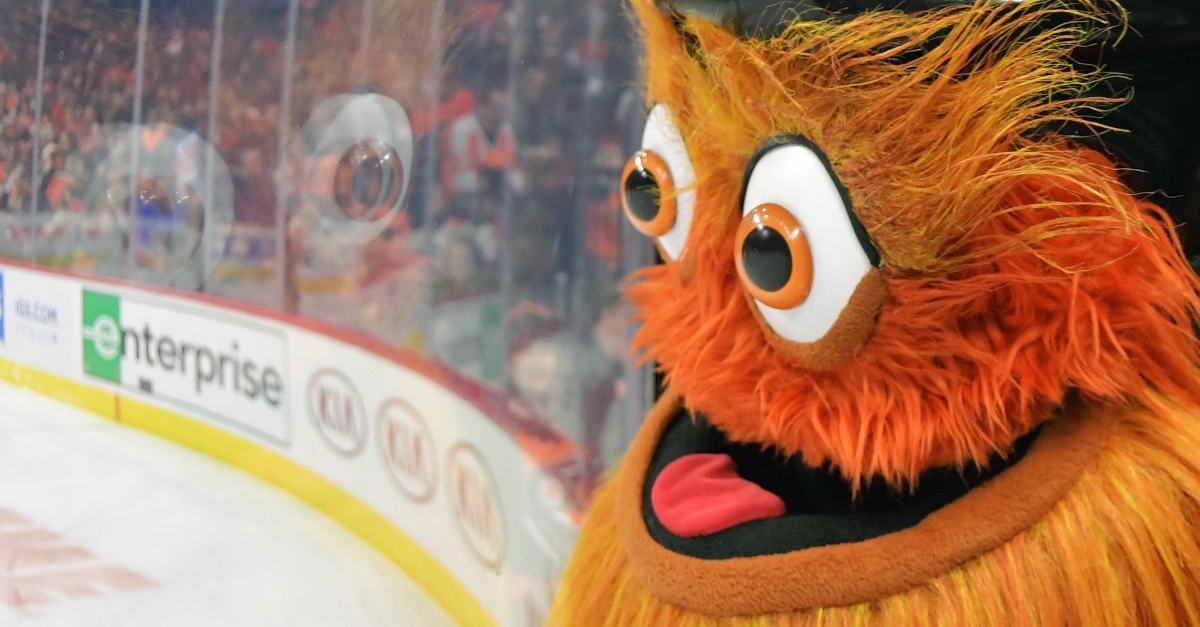 If you live your life in the limelight, there soon comes a time where your flaws are laid bare before the entire world. That time might have come for Philadelphia Flyers mascot Gritty. Or, you know, a guy who is paid to dress up like Gritty. A man claims the mascot punched his 13-year-old son in the back, according to The Philadelphia Inquirer.

Let’s be crystal clear here: a Philadelphia Flyers employee in a costume–not the goofy fictional character–is accused of assaulting a teenager. This isn’t stopping people from riffing on the incident as if the bug-eyed, wild-haired mascot allegedly beat up a kid.

I stand with Gritty pic.twitter.com/dbwxQe1Rad

I wish Gritty would punch me. I would say thank you, I’ll have another

“The name’s Honk Swivelbottom, ma’am. Philly Mascot Crimes. I just need a description of the impact sound. Was it a fart, or more of a slide whistle?”https://t.co/9l1M4LePGZ

Jokes aside, we have an on-the-record allegation, and police said they’re investigating. Chris Greenwell claimed that he brought his son Brandon to the Wells Fargo Center (where the Flyers play) in November. It was an exclusive event for season ticket-holders. They waited in line for an hour, and Brandon finally got his picture with Gritty, according to the account. The 13-year-old patted the mascot’s head playfully, and walked away, but Gritty “took a running start” and punched the teen, Greenwell said.

Emails purportedly show the managing company Comcast Spectator saying that no cameras caught the incident because these were directed elsewhere, and they interviewed Gritty and “Gritty’s handler.” They said they couldn’t verify the statement. A spokesperson told the outlet they found nothing to substantiate the allegation.

Greenwell claimed his son was diagnosed by a chiropractor with a bruise to his back. He reported his story to police about a month after the incident, while he and the company couldn’t see eye to eye on what happened.